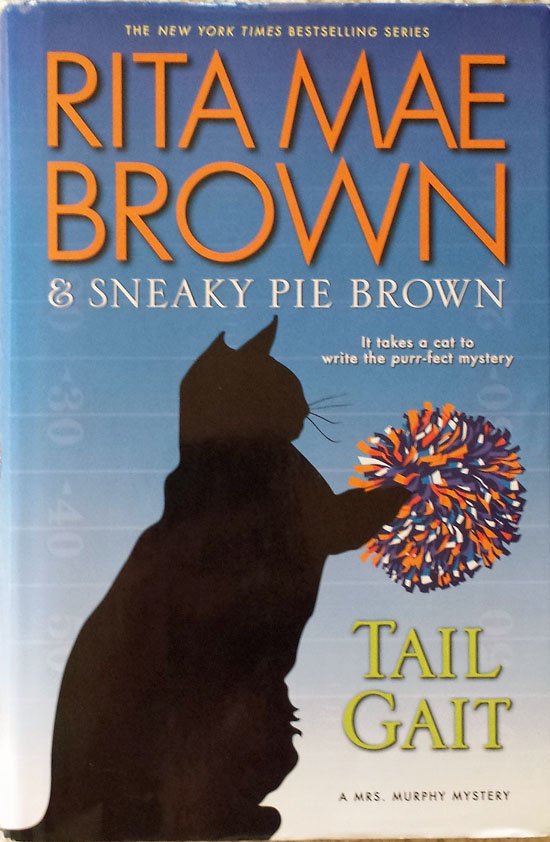 Award winning author Rita Mae Brown has incorporated Camp Security into the latest volume of her best-selling Mrs. Murphy mystery series. Tail Gait is available in hard cover, as an eBook and as a downloadable audiobook.

The mystery is set around Charlottesville, Va., as are the numerous other Mrs. Murphy mysteries. In this case the action, and eventual solution, are tied to flash backs to the Revolutionary War barracks at Charlottesville, the site of a prisoner of war camp for the British prisoners surrendered at Saratoga, who were next moved here to Camp Security. Brown incorporates that northward trek of the prisoners from Charlottesville to York in 1781 into the narrative.

Brown also includes a special afterword, briefly explaining the importance of the Camp Security site and the struggle to save it from development. She especially lauds the tenacity of Carol Tanzola, President of Friends of Camp Security, who never gave up the fight. (Brown and Tanzola became friends years ago through the annual Pennsylvania Horse Show.)

As far as support, besides also recognizing the interest taken in Camp Security by the local media and York County Heritage Trust, Brown writes : “I could never write big checks. I live with the typical writers’ curse: chicken one day and feathers the next. But I promised Carol that I’d find a way to put Camp Security into a mystery. And so I did. I will continue to revisit the camp and York in the future. In fact, I’m surprised that York County, in particular, and southeastern Pennsylvania, in general, haven’t been the backdrop for more novels. Apart from the area’s physical beauty and history, the people present an array of delicious contradictions. What writer could ask for more?”

(Rita Mae Brown was born in Hanover and grew up in York and in Ft. Lauderdale, Fla. She attended college and worked in New York and now lives in the Charlottesville, Va. area.)

The Friends of Camp Security organization, with the support of Springettsbury Township, is continuing historical research and planning the next stages of exploration and archaeology for the site, so that this important part of our Revolutionary War struggle for freedom will be best interpreted for present and future generations.