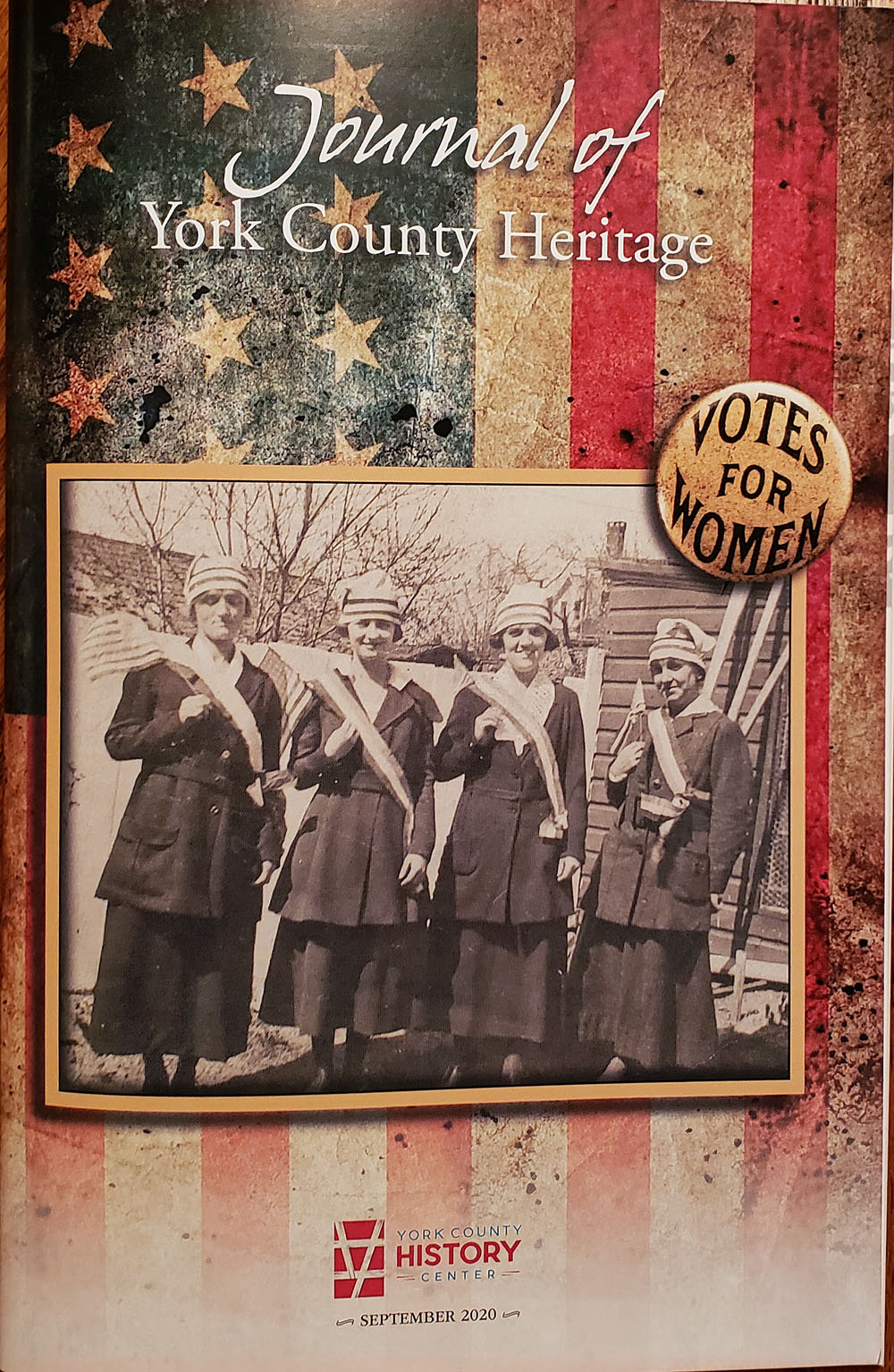 Call for papers for the Journal of York County Heritage

Jane S. Sutton writes about “opposition to Women’s Voting Rights in York, Pennsylvania: How Sewing Machine Cards Tell the Story, 1909-1919.  David A. Latzko’s “The Manufacturing and Marketing of Sewing Machines in York, Pennsylvania” ties in nicely. My contribution is “The York County Campaign for Woman Suffrage,” using the suffrage files of local suffragist leader Anna Dill Gamble. Those files, now in the York County History Center Library and Archives, contain correspondence and other accounts that detail the enthusiasm and hard work of local women as they worked to gain the vote.

As a bonus, Joan Concilio tells the story of “Lassa Fever: Ebola Cousin Disease Took a Life in 1969,” outlining how a local family lost a member to the dread disease.  Neither the author of the article nor the editors of the journal could have ever imagined how the subject would resonate with us all by the time the journal was published.

You are all invited to submit articles for consideration for publication in upcoming editions of Journal of York County Heritage.  The deadline for submissions for the 2021 journal is December 1, 2020.  Click here and scroll down to Submission Guidelines.

Also, please note on the bookshop page that the 2019 Journal of York County Heritage is available at a discounted price, as are all the previous editions, except for 2013 and 2014, which are sold out.  Full text of all previous editions, 2010 through 2019 can also be read online on the York County History Center digital bookshelf.

As you will see in the 2020 article on the local woman suffrage campaign, one of the highlights was the appearance throughout York County of the Justice Bell in 1915.  The Justice Bell is an exact replica of the Liberty Bell with the words establish justice” added to the inscription.  The women of Pennsylvania vowed that it would not be rung until women could vote, which finally happened five years later.  The York County History Center has been successful in scheduling an encore appearance of a replica Justice Bell, and it is now on view until October 17 at 250 East Market Street.  The museum staff has also mounted an impressive exhibit on the local Woman Suffrage movement.  You can see the bell and the exhibit from 10 a.m. to 4 p.m. Tuesdays through Fridays.  In conjunction, the Second Saturday program on October 10 will tell the story of the Justice Bell as well as the local movement.  Click here to register for the Second Saturday Zoom webinar.