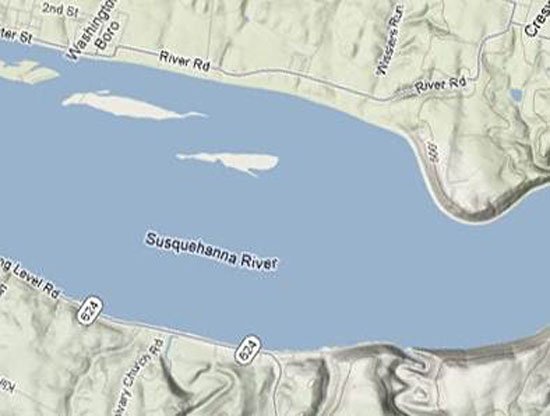 Happy 249th birthday to one of my favorites, English-American architect and engineer Benjamin Henry Latrobe. His mother, Margaret Antes of Germantown, Pennsylvania, had been sent to England to further her education. There she met Moravian minister Benjamin Latrobe, and their son Benjamin Henry was born May 1, 1764 near Leeds, England.

Benjamin Henry was educated in England and Germany. After his first wife died, leaving him with two small children, he came to America. Many of his wonderful buildings, such as the Baltimore Basilica, still survive, but he is most important to our area because of his 1803 survey and mapping of the Susquehanna River south from Columbia.

Latrobe kept meticulous records of the project and also did many sketches and watercolors of the rapid and often treacherous waterway. He wrote to his second wife in Philadelphia that the scenery was savage and beautiful, and that it could take 20 letters to describe.

The end product, produced for the Commonwealth of Pennsylvania was a very detailed map, 17 feet long by two feet wide. As noted by Latrobe: “This survey was made by direction of his Excellency Thos. McKean, Govr. of Pennsa. in concert with the Susquehanna Company of Maryland, in order to ascertain the best means of rendering the River safely navigable for Rafts and Arks downwards during Spring freshes, and also with a view to the future improvement of the Navigation so as to enable boats to ascend the River by means of towing paths.”

The original Pennsylvania copy of the map was in the Capitol in Washington in 1814, being used in discussions for internal improvements in the U.S., when the British burned the building. Latrobe had the foresight to make a second copy, which is now at the Maryland Historical Society, along with many of his records and drawings.

The wild and raging Susquehanna has been somewhat tamed, and some of the landscape submerged, by the three dams: Holtwood (1910), Conowingo (1928) and Safe Harbor (1931). Still, a comparison of Latrobe’s map with a present day one looks very similar. Some of the smaller islands have come or gone because of floods, ice jams and silt deposits, but I would wager there are still places in those “river hills” that would look much the same to Benjamin Henry Latrobe.

Click here for my previous York Sunday News column on Latrobe and his Susquehanna project.