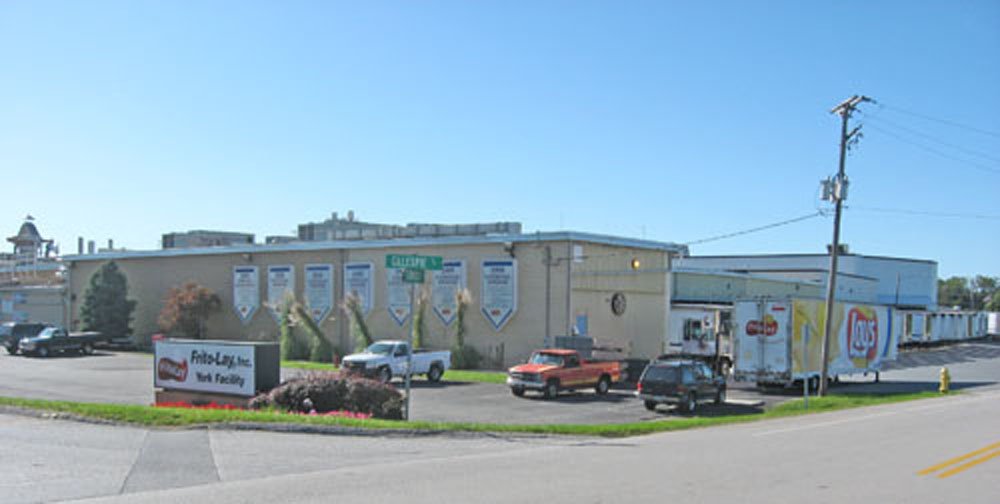 El-Ge/Eagle/Frito-Lay Plant on Gillespie Drive
When I started researching York County potato chips, I didn’t realize how much I would find, and I’m still only scratching the surface. I haven’t even gotten to my favorite yet, Utz. Previous posts covered Bon-Ton/Bickel’s and Senft’s.
Fellow blogger Jim McClure did address Martin’s the other day. The other current York County chip makers, like Hanover Brands’ Bickel’s and Frito-Lay, have their fans, but most people I know are passionate about their Utz’s or Martin’s. Workplaces and families are divided into two camps by these chips, and rarely will you find someone who loves, or even tolerates, them both. (For all you fellow Utz fans that bemoaned along with me that you could only find Martin’s at York’s Central Market, I was excited today to find that a new pizza stand, Popi Joe’s, on the Clark Avenue side of the market sells Utz’s chips at a very reasonable price.)
This post concerns another York County brand of the past, El-Ge, and where they were and where they went.

According to clippings again in the York County Heritage Trust file on potato chips, El-Ge, which sometimes uses the letters LG as their logo, was founded by Mr. and Mrs. Leonard Gillespie around 1937. Thus the name simply came from the Gillespie initials.
El-Ge started out in an eight by 12 building at Richland and College Avenue, which was enlarged eight times until they relocated to the West York Industrial Park in 1965.
After being operated by several generations of Gillespies, El-Ge was sold to Southland Corp. in 1984. The plant, on Gillespie Dr. in the industrial park, was last listed in the 1992 city directory as El-Ge division of Southland. In 1993 the plant is listed as Frito-Lay, and an online article, dated 1992, says the Eagle Snacks division of Anheuser-Busch was buying El-Ge. A clipping dated March 7, 1997 says that the Frito-Lay division of Pepsi took over the Eagle Snacks plant on Gillespie Dr. “last year,” remodeled it, and had just started making Doritos there. (Does anyone know if they make any Lay’s potato chips there too?)
The former El-Ge building at Richland and College now seems to be part of Bickel’s present day factory, even though the two brands weren’t related. The photos below show the factory as it is today. You can see a cloud of potato-chip scented steam on the left side of the College Avenue photo. 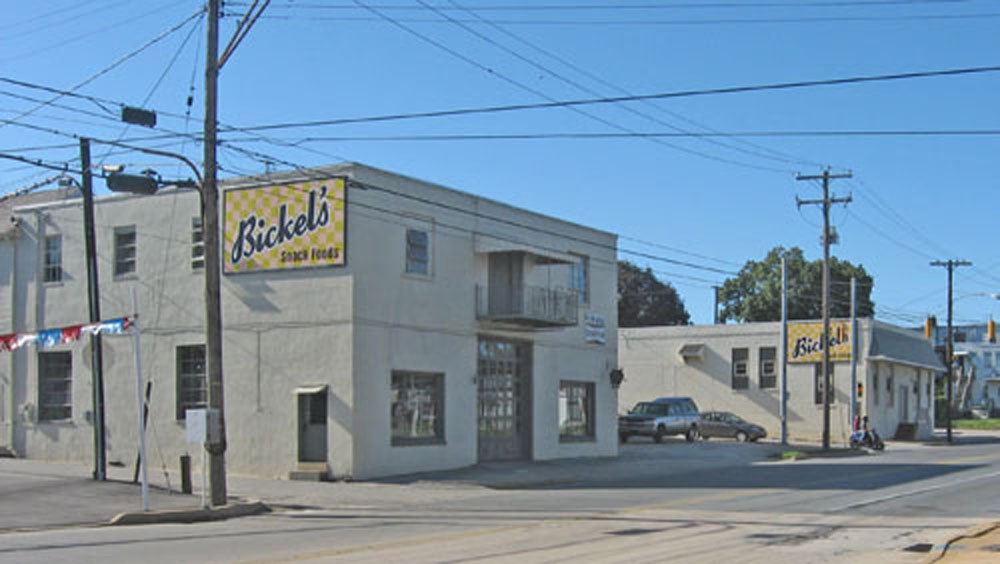 Bickel’s Plant from Richland Avenue.
Remember Charles Chips?
Utz to be sold to Snyder’s of Hanover.