2017 Journal of York County History just off the press 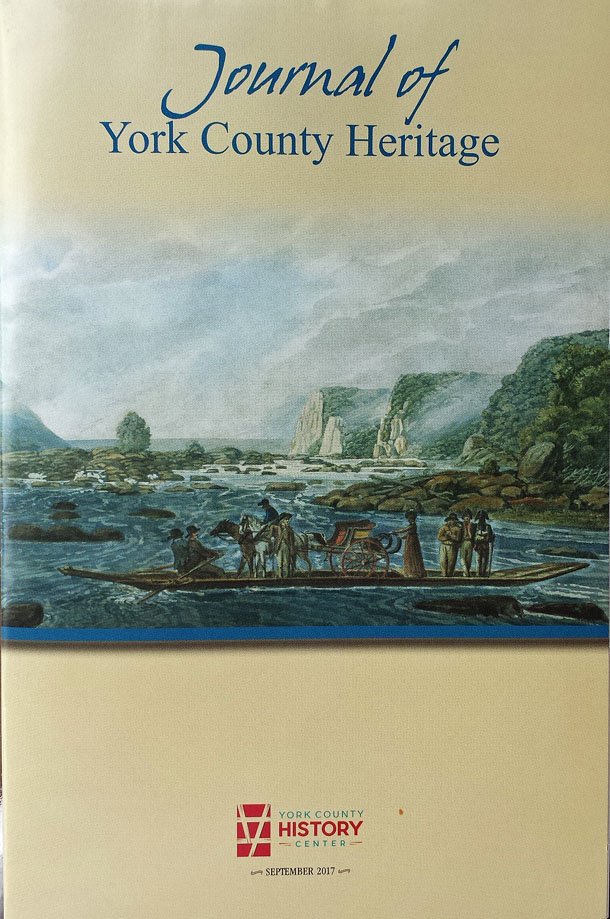 If you are a member of the York County History Center, you have probably already received the 2017 edition of Journal of York County Heritage. As part of the YCHC publications committee and one of the editors of the journal, I am again proud of this issue, the eighth in a continuing series of publishing interesting articles exploring our unique local history. Extra copies are available at the YCHC museum shop. (I personally have found them to be reasonably priced and easy to transport host/hostess gifts. Several go south with me each year.)

In the first piece “Settlement West of the Susquehanna River prior to 1741,” Rev. Dr. Neal Otto Hively shares his vast knowledge of early York County settlement. Another article is by James M. Loyer, “Hinkey Haines: Two-sport Star.” It looks at the never-duplicated pro football and pro baseball career of the 20th century Red Lion athlete. 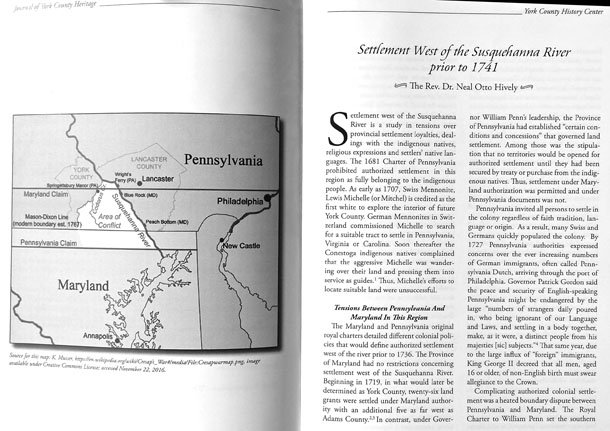 An unpublished paper by the late historian, Dr. Charles H. Glatfelter, tells the little-known story of “Catherine Snyder and the Confederates in York, 1863.” (This article was submitted in honor of Dr. Glatfelter by Glen Rock area historian John Hufnagel before he too passed away last year.)

Daniel Roe, YCHC Vice-President of Interpretation, writes on “Telling Everyone’s Story: Finding Historical Perspective in York County.” Continuing transcriptions of letters written by York’s Signer of the Declaration of Independence, James Smith, are also included, as is a list of books on York County history added to the YCHC Library/Archives over the past several years.

Submissions are invited for the ninth edition of the Journal of York County Heritage, to be published in the fall of 2018. The deadline for articles is December 1, 2017. The journal was created in 2010 to celebrate York County history, material culture, cultural heritage, and people. The manuscript must be original, unpublished and limited to 3,000 words.

The YCHC Publications Committee has chosen these themes for the next three editions:

Please note that manuscripts on other topics will be accepted for these publications. Preference will also be given to those that use the York County History Center’s collections for research, either in full or in part. Photos and illustrations are welcomed, but not required. 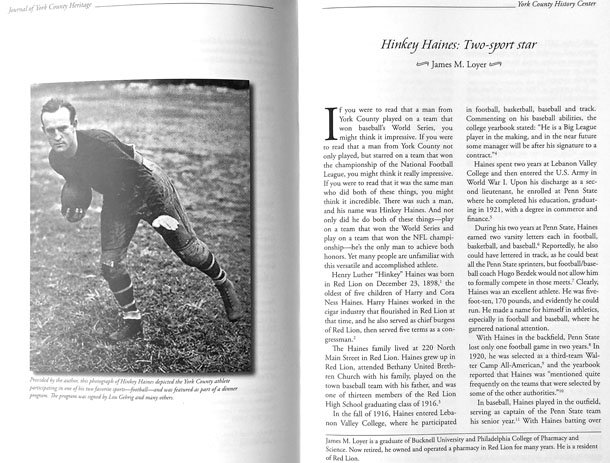