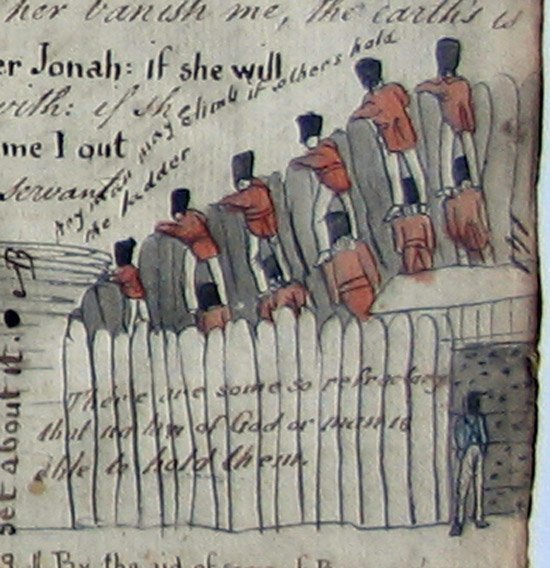 The transcription below is of one of the original letters concerning Camp Security that will be on display Saturday April 20 at York County Heritage Trust, 250 East Market Street. It is part of a special one day exhibit, free and open to the public from 9 a.m. to 5 p.m. The exhibit is sponsored by Friends of Camp Security as part of a fundraising campaign to permanently secure the part of the site of Camp Security that almost fell to development about a decade ago.

Other original Camp Security documents, as well as a sampling of the artifacts found at the 1979 limited archaeological dig at the site, will also be featured, as will color reproductions of recently discovered illustrations of Camp Security. Also on display will be four new original works of art looking at different aspects of the camp that held British prisoners of war during the American Revolution.

This particular letter was written by Lt. William Scott, Lt. of York County Militia to Pennsylvania Governor Joseph Reed, advising him that, as ordered, he had found the spot for the camp. It reads:

York July 28th 1781
Sir
Agreeable to your Excellencys Orders, I have Found a place for the Convention Troops to encamp; about four miles and an half to the Eastward of York Town, which Col. Wood approves of as a convenient and suitable Place.—-

I have also calld the fourth Class of the Militia who have furnished upwards of one hundred Men. Col. Wood is of opinion it will require near double that number until the necessary works on the encampment are erected.—–

I have collected all the arms in York and McCalesters Town, which are not half enough for the Guards. Therefore have to request of the Honourable Council to Send us Arms & ammunition for the use of the guards aforesaid.—–

The arms which our seven months [troops] carried to Philadelphia last year (Forty three in number) were delivered up in a House near the Bridge in Water Street where Cloathing and other Military Stores were then kept, but no receipts passd for them that I can find.—–

Col. Wood has calld on me for ten or twelve Carpenters and for Axes, Spades, Picks and Shovels for Building the Huts and Picquets. The Carpenters and the smiths who make the Tools look to me for their Pay, have therefore to beg your Excellency directions in this matter, whether it is a County or Continental Charge and how and when those People are to be paid and by whome.—

I am preparing all my Publick accts and shall lay them before the Honourable Council towards the end of next Month.
I am sir,
Your Excellencys
very Obedient
Humble servant.
Wm Scott
His Excellency
Joseph Reed Esquire

Follow this link to my previous posts for more information on Camp Security.