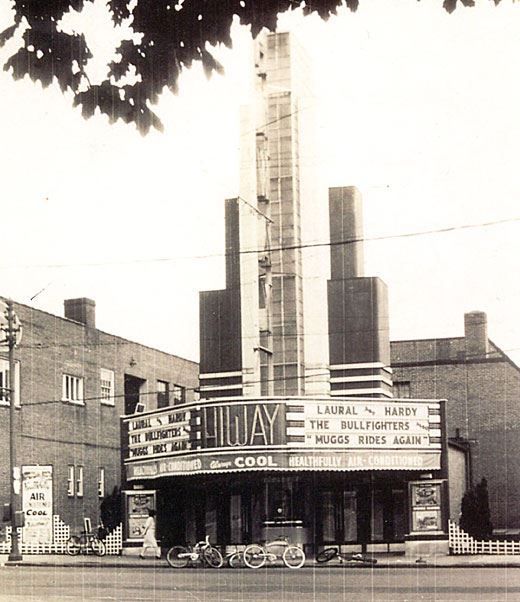 We’ve talked before about York County’s former movie theaters, and today, I have even more memories to share following up on some previous posts about places like the Hiway (seen above in a photo from reader Allida Carroll) and more!

Here are some new memories on some of those theaters!

Scott C. writes, “I remember going to the Stonybrook theater to see a movie about Babe Ruth. It was in an indoor theater building next to the old drive-in theater. There used to be a drive-in theater off of Route 30 near Thomasville. We would usually go to the Queensgate Cinemas, which has since been demolished and rebuilt as Frank Theatres. I remember going there to see ‘The Jungle Book,’ ‘Fievel Goes West,’ ‘Toy Story’ and a movie about Martin Luther. I do remember going to the movie theater in Delco Plaza once to see ‘Titanic.'”

Jackie Sprout wrote, “I just finished reading the article about movie theaters in York. I hoped to read about the Hi-Way Theater on the 700 block of W. Market St but no one mentioned it. There was also a Movie theater on Jackson St. in South York City. My mom worked there as a ticket taker in the early 1960s. Mount Wolf movie theater was another hidden gem. I heard that when the kids would go there without their parents they still had to behave or they’d hear it from the lady who ran the show.”

After seeing the photo above with an earlier post, Bill Schmeer said, “The picture of the Hiway Theater brought several thoughts. The first was, when the theater closed, I responded to an ad in the paper that they were selling off various fixtures and property. I went and found that they had two scales that, not only give your CORRECT weight, but also offer answers to OVER 200 – DREAMS – QUIZ QUESTIONS – FORTUNES – on love, marriage, finance, home, surprises. ALL this for the handsome price of 1¢. The scale also has two weight charts. One for men and one for women. It tells me I’m too short for my weight. Oh yeah, I bought it for $35 and it sits in my family room. My brother-in-law bought the other one and took it to Niagara Falls, NY.”

He continued, “The other thought about the picture is that kids can no longer leave their bikes unchained and protected and find them still there when they came out of the movie. I think the theater was located where the Olde Country (pewter) Reproductions is now, at 722 West Market, next to Helf the Carpetman.”

And Bob Good wrote and said, “In your article on movie theaters you referred to an Albert Barnes. I attended Dallastown High School with an Albert “Barney” Barnes from Loganville. We visited each others homes many times and I have not seen or heard from him for many years. I knew he worked at different theaters because my father had owned the Dallas Theater for many years and I had worked there a lot longer. I would appreciate it if you woulc pass my information along to his daughter Linda and if her father was the Albert Barnes from Loganville and we were in school together I would appreciate being able to contact him.”

Both David Sharp and another reader, Clair Eisenhart, noted that there was an earlier memory shared of the Rialto being on South George Street; they were sure that the earlier reader meant the Ritz being there, as the Rialto was on West Market.

Geraldine Green remembered the Ritz and the Rialto, where, she said, “you could buy two hot dogs from a cart outside for 25 cents!” Yum!

I also heard from Julie L. Dopson-Swackhamer on Facebook, who wrote, “I just ran across your site discussing Fanny Farmer Candy Store and the Rialto Theatre. I have a real photo of that street with the Rialto as the main item. To the left of the Rialto is the Fanny Farmer Candy Store, and to the left of that is a Liquor Store. Also, just under the Rialto sign with its headliners, I see a sign that says Tommy Dorsey. I can’t make out the rest of it as of yet; thus, the reason for my research. I estimate this photograph to be somewhere in the 1940s. There looks to be a sign that says Mayfair a little further down on the opposite side of the treet. I swear I see a sign that says ‘Casino’ but I haven’t found any information to verify that, as of yet.”

And Brett Wisotzkey wrote, “I’ve been doing some research on theatres in York but have not been able to find any info on the Orpheum. I have newspaper ads etc… but I’m really looking for any photos or the address. I read the post about the Hiway and York/Holiday theatres and noticed a mention of the Ford dealership. Recently someone had a photo of the dealership on eBay.”

Would love to have any Orpheum photos for Brett, so please do share those if you have them, as well as any other movie memories you might have!