Remember those pet lions in York? 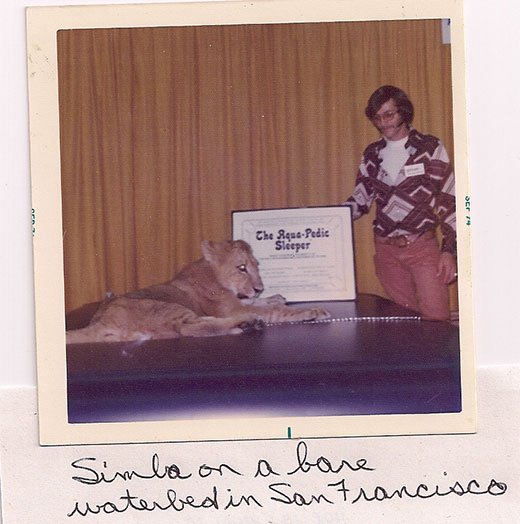 I am very happy with the fact that writing this column rarely includes any real controversy (cough, like election season brings about, cough). One topic, though, that generated some irate responses in the past was that of pet lions in York.

There were a lot of them, it turns. (Or, at least a few, which really is a lot when you’re talking about keeping a wild animal for a pet.)

I’m not a fan of keeping wild animals as pets at all. I also know there are people in York who were upset that someone with the same name as they had once owned a lion and, having read about it, people might think THEY owned a lion.

Putting all that aside, it is an incredibly interesting topic and one for which I have some AMAZING photos to share today (you can see one of them above), so that’s what we’re going to do!

From reader Sam Manbeck, I heard, “There was a lion kept as a pet in York in the ’70s. When I was 14 or 15, I babysat one summer in the 300 block of West Market Street, in the first or second building on the south side of the street. The lion lived in the same building. I worried all summer that the lion would make its way into the apartment where I was alone with an infant. This was not the only pet lion in the York area. When I was younger, maybe 10, my parents came home from a night out and woke my sister and me. They took us to the parking lot of a bar on the east side, where two adult lions were lounging in the back of a station wagon. For years there was also a lion at Mack’s ice cream in Hellam.”

Longtime reader and well-known Yorker Greg Halpin also remembers a pet lion in York in the 1970s. “I went to York High 1974-1975 and I remember the guy walking is past school a few mornings,” he said.

Related to large cats, though not lions, I heard from Darlene Smith, who recalled a hair salon popular in York in the late ’60s and early ’70s, maybe on West Market Street. “The hair dresser’s name was Bobby Gross, and his girlfriend’s name was Paulette,” Darlene recalled, adding, “The shop was rather expensive, and the appointment took several hours.”

But here’s the kicker. “As we waited to have our hair done, we were rather apprehensive,” she said, because a pet leopard or jaguar or some kind of large cat “roamed the shop at will… When I tell this story to my friends, they don’t believe me and suggest that I must have been on drugs! Surely some of your readers must remember this popular hair stylist and his unusual pet.” I am DEFINITELY interested in any confirmation of this, Darlene!

Art Forry remembered a guy with, perhaps, a mountain lion on a leash at an event at Elicker’s Grove near the York Airport in the Thomasville area. The event was a Battle of the Bands-type concert, Art recalled, put on by a man named Jim who owned a record store on Market Street in the 1970s. “Remember lion chewing Frisbees into a pile of goo!” Art recalled.

But here’s the best lion story. 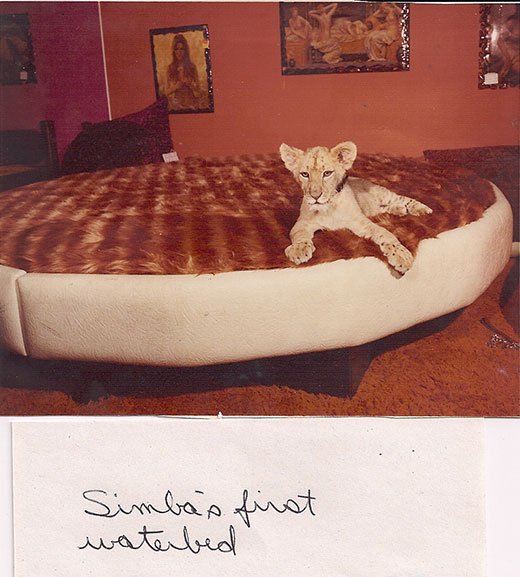 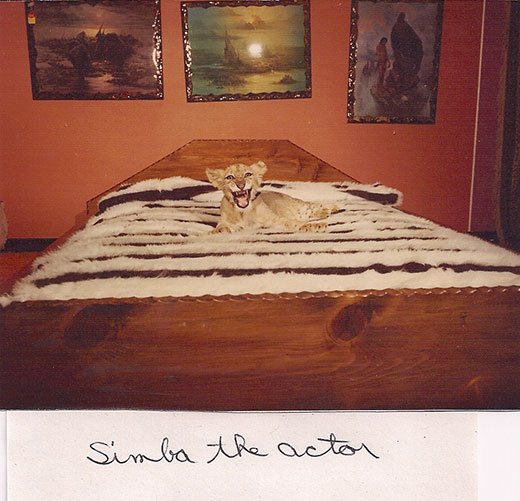 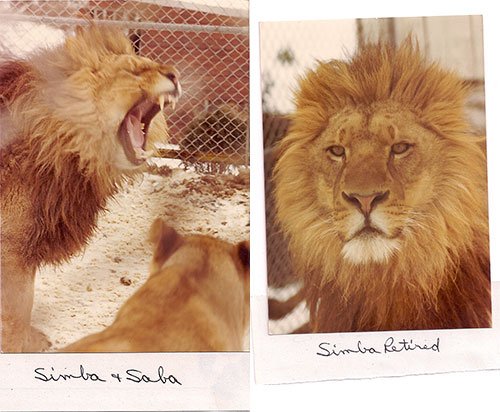 Jim Gardner wrote to me and noted that there were two lions, Simba and Saba, who were “owned by the owner of Ron’s Waterbeds in the block of Market Street west of Newberry Street.”

Jim continued, “Ron lived in the second and third floor of the building on the north side of Market, which around that time had a pool hall. Now for the story.”

He went on, “Ron owned Ron’s Waterbeds and No Springs ‘N’ Things in the Park City Mall in Lancaster. My name is Jim Gardner and I managed the store in Park City. One day in 1973 Ron walked in to an exotic pet store in Harrisburg and purchased Simba as a lion cub. He thought it would be cool to use to advertise the store. It was.”

“About 6 months later the Park City Mall had a petting zoo displayed in the center of the mall. The owner had a lion cub in a cage and he thought he was the ‘cat’s meow.’ I engaged him in conversation and told him I had a lion also, which he didn’t believe. So I proceeded to the back room of the store and retrieved Simba and paraded him through the mall to the petting zoo. When I arrived, the owner asked if I would like to have two lions instead of one. He admitted that having a lion and a petting zoo wasn’t a good fit, but, he always wanted a waterbed, so, we traded,” Jim said.

“Now for the life lesson. You shouldn’t want one lion let alone two. There could be issues. Ron housed the lions on the fire-damaged third floor of the apartment building and he lived on the second. He loved to parade them around the West Market Street neighborhood and freak everyone out,” Jim wrote.

He continued, “Once in September 1974 Ron hitchhiked from York to San Francisco, where I had flown to attend the first waterbed trade show. He only required three rides to make it all the way. I saw a commotion on the trade show floor and investigated to find Ron and Simba surrounded by a crowd throwing questions left and right. I saw Ron displaying a card toward the questioners and saw that he had written ‘I don’t speak English.’ It worked. Next thing I know, Ron is telling me I have to sneak him into my fourth0-loor hotel room with Simba. We did it. Right in the middle of downtown San Francisco. We became legends in the waterbed industry that week.”

Finally, Jim concluded with the part of the story I was happiest to hear. “Simba and Saba went to live out their lives on a reserve, but I’m happy to say, I never grew up. I spent 40 years in the waterbed business and what it grew into. I owned Gardner’s Bedrooms in Lancaster for over 20 years until my retirement” a few years ago, he said. “Gardner’s Mattress and More continues on today in Lancaster under the ownership of Ben McClure who started out as my store manager. Maybe someone knows what became of Ron Howe. I don’t.”

Jim, your story made me so happy! I’m so glad Simba and Saba had a happy life (and that you never grew up!) I’m sorry I waited so long to share your awesome tale and photos!