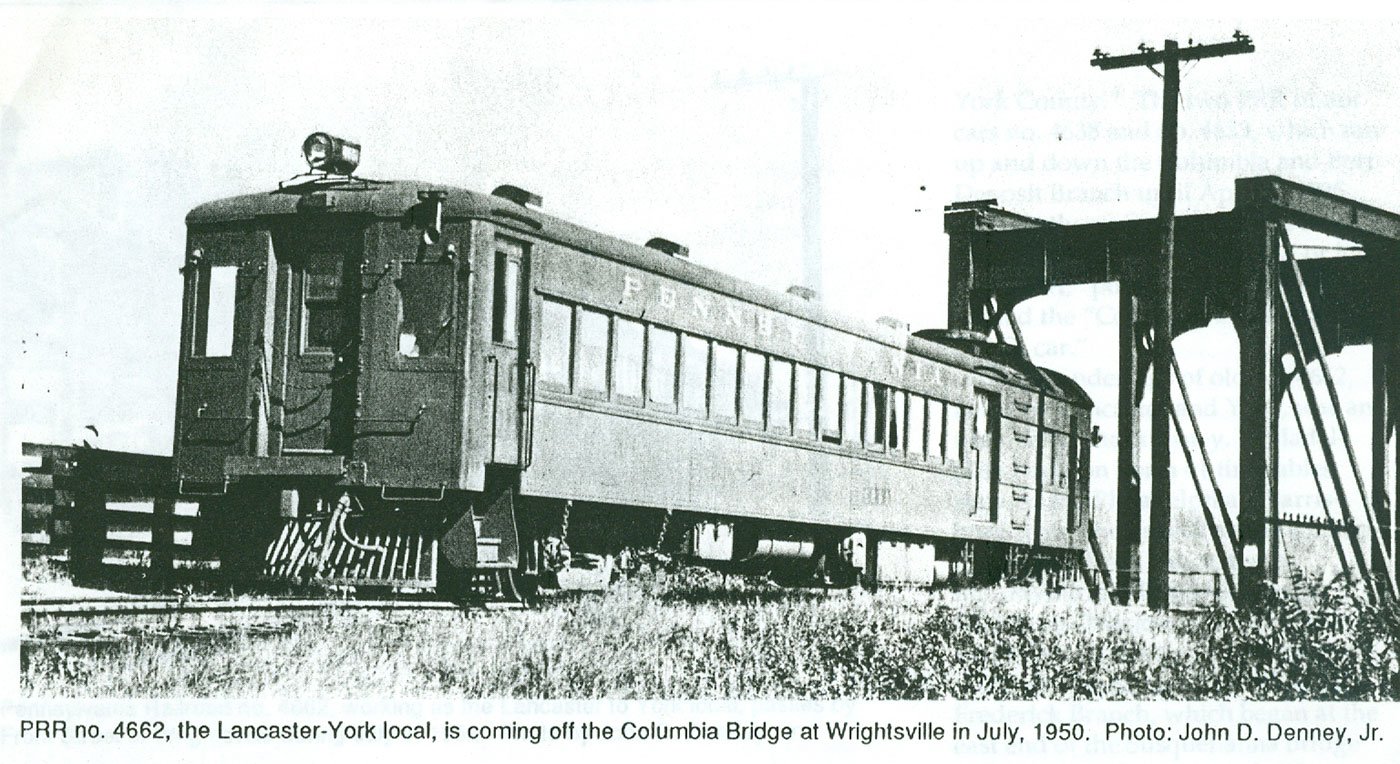 Ivan Frantz Jr. shared this photo of what was commonly known locally as the "Dinky" train, Pennsylvania Railroad 4662, taken in 1950. Railroaders often called such trains "Doodlebugs." These self-propelled railcars combined a locomotive, a passenger coach and baggage storage into one car and could be operated by very few people, making them great for less-trafficked commuter train lines.
Posted by Joan ConcilioAugust 28, 2019 Local memoriesNo Comments

The early days of trains from York to Lancaster

Quite some time ago – in early 2017 – fellow local columnist Gordon Freireich wrote about memories of riding the “Dinky” train, a small commuter/connector railcar from York to Lancaster that combined the engine and passenger compartment.

That summer, reader Bob Finke asked if anyone had photos of the Dinky, and at the time, all I had was a very low-quality old one from a past edition of the York Sunday News.

Following those notes, I began to receive mail sporadically about the Dinky and other trains. I hope to share many of those this fall and winter, starting with today’s letter, which came from Ivan Frantz Jr.

Ivan was a treasure trove of information. Gordon remembered the Dinky specifically running in York from 1942 to 1954, and Ivan was able to find records of commuter train service as a whole starting much earlier.

He began, “Railroad commuter service between Lancaster and York started well before 1900.” He shared an image of a school child’s monthly commuting ticket between Hellam and York dated May 1891.

Ivan continued, “Up until the early 1930s, the Lancaster-to-York commuter trains were regular steam powered trains with coaches. It was in the early 1930s that the Pennsylvania Railroad started to use gasoline- and diesel-powered motor cars to provide commuter service on its more lightly traveled lines to reduce operating costs.”

“You could operate a motor car with a crew of three men vs. a crew of five men for a steam-powered train,” he noted.

He added, “I have copies of York to Lancaster schedules going back as far as 1903, and they all show local commuter train service between Lancaster and York.”

Ivan also shared with me two photos of Pennsylvania Railroad trains. Both were taken by John Denny, who Ivan described as “a well-known railfan and railroad historian from Columbia,” and one shows the motorized “Dinky” train while the other shows a steam-powered train.

The motorized railcar you see in the photo with today’s column, what Gordon recalled as the “Dinky,” is a Pullman-manufactured “Doodlebug” that is back in service today as part of the Wilmington & Western Railroad, an operating railroad museum in Delaware. In 1989, it was restored thanks to a grant from the Revere Copper and Brass company, and was donated to the museum in 1990, where it was dubbed The Paul Revere in honor of the grant.

It stayed in service until 2017, when it had to have its front wheel assembly rebuilt; it was put back in service in April 2018 and still operates today.

You can read more about the Doodlebug – and see a photo of it in York, even! – at wwrr.com/ride/equipment, by clicking on “Doodlebug.”

And those interested in seeing more photos of PRR 4662 can visit yorkblog.com/onlyyork/4662.

Ivan, thank you so much for sharing this information. I’m looking forward to more train talk soon!