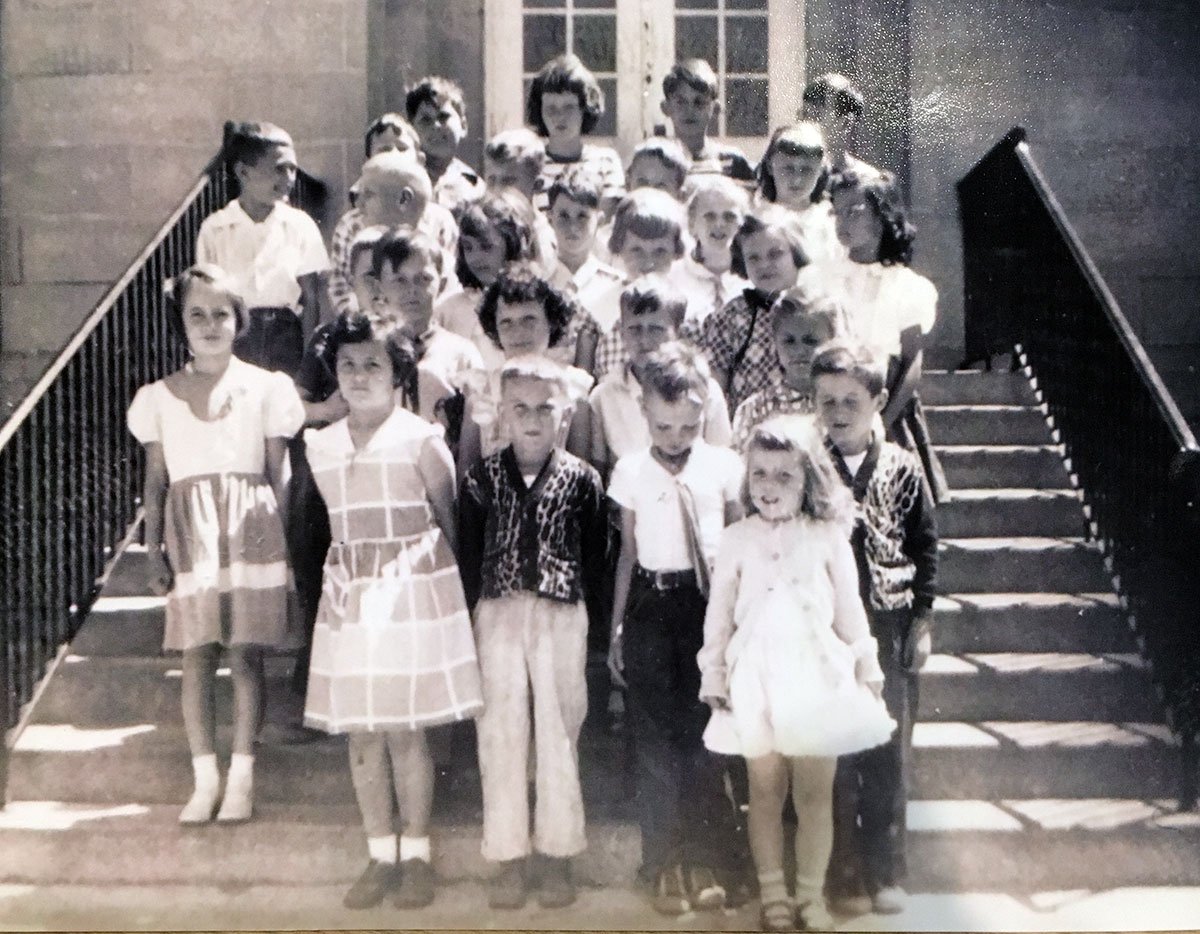 As the school year comes to an end, it seems like a good time to pull out a few memories of former York County schools. And, while we’re at it, it seemed like fast food might make a good topic for today too.

On a personal school note, I graduated from Penn State College of Medicine in late May with my master’s degree in homeland security/public health preparedness. And, fellow York County history writer Jamie Kinsley took the next step toward her PhD from Penn State Harrisburg this weekend, completing a brutal written comprehensive exam including six essays of something like 1,500 words each. While she waits for her hands to stop cramping, you can congratulate her and check out some of her very cool history blogging at Wandering in York County, https://yorkblog.com/wandering.

Earlier this year, I had a letter in the mail from Shirley Steidler Saylor, who wrote in response to one of several past columns about former York County schools.

Shirley shared the photo you see with today’s column, and wrote, “The enclosed picture was taken at West Manchester Consolidated School. It was in the West York school district. It is located on North Emig School Road. No date was on the picture, but I judge it was the school year of 1951-52 or 1952-53. We would have been in third or fourth grade.”

She wrote, “There were five classrooms on the top floor, but we went there first through sixth grade. The fifth grade was divided; half in the fourth-grade room and half in the sixth-grade room.”

She concluded by asking, “Does anyone else have memories of Consolidated School?” I would love to hear those if so!

Last summer, I wrote a column sharing memories of Huntley’s Hamburgers, a drive-in that used to be on Memory Lane in Springettsbury Township.

After that was published, I had a letter from Jean Langenhop of Windsor Township, who said the column “brought to mind a memory of a summer when my mother and aunt came to visit us from New York City.”

She wrote, “Our two children were 5 and 7 and we lived on North Marshall Street near Huntley’s. I took them all to Huntley’s for lunch and was so embarrassed when my aunt asked me where the waitress was. I explained that there wasn’t any and I would take her order. I realized then that they had never been to a fast food restaurant.”

But, Jean wrote, “However, the next year, when they returned, they asked if we could go back to Huntley’s. Good memory!”

Jean added that she likes reading people’s memories as part of this column, and that her children went to Hiestand Elementary on Philadelphia Street.

Jean, thanks for writing! I’m glad your family ended up enjoying their Huntley’s experience.

Quite a while back (like, two and a half years ago!) I wrote a column that included many memories of Mount Rose Elementary School. At that time, I shared a note and some photos regarding the school from reader Carole Haller, who described the school’s two buildings as one, facing Mount Rose Avenue, for the lower grades, and the other, facing Ogontz Street, for the upper grades, which Carole recalled as through sixth grade.

Reader Darlene Cunningham Evans wrote to me just after that column was published with some other information; Darlene wrote, “When I went there, this building held first through sixth grades, and the building on Ogontz Street was used for seventh through ninth grades. And then we went to William Penn Senior High for 10th through 12th grades. I started shool in 1945 and graduated in 1957.”

She concluded, “On the front of the building on Ogontz is ‘Enter to Learn’ and ‘Leave to Serve’ above the doors. I will always remember this. At the time I lived on Albemarle Street, and now my children live there.”

Darlene, thank you so much for that extra info – and my apologies that I was not able to share it sooner!

I do have another request related to Mount Rose School, too. When Carole Haller wrote in, she shared two photos of the school, of which I only have small, low-resolution versions saved. Carole, another reader named Perry Brandt has been looking for copies of those photos – his was the first letter I published about the school – and I’d like to put him in touch with you, but I don’t have your contact info. I’m mailing him small copies of the photos from my versions, but they are not of good quality at all.

So, Carole, if you are reading this, please reach out to me at joan@joanconcilio.com or 1891 Loucks Road, York PA 17408 if you’d be OK with me getting Perry in touch with you to get better copies of those images!