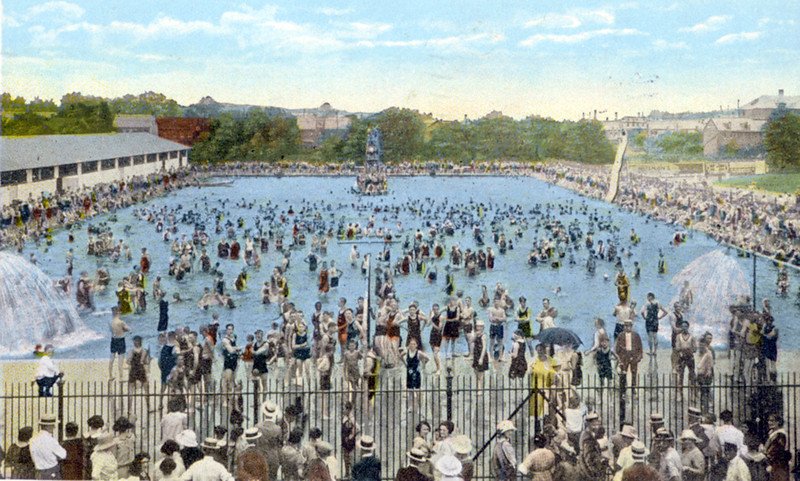 Things that make us think of summer

Today’s column is focused on all the good things about the summer ahead. You know, like ice cream? And swimming?

I hope that, no matter what your plans for this summer, you’ll take some time to enjoy the things York County has to offer. Traveling is great, but there’s a lot to see and do here as well.

First today, I have a letter from Dottie (Spyker) Kraut, who talks about a subject dear to my heart. Yes, food.

Dottie wrote in response to a previous column, where reader Nancy Katz had asked if anyone remembered Ritz’s ice cream store in Freysville. Dottie did!

She writes, “I was actually born in the house next to it. We ate a lot of ice cream… was the best. There were five children in our family. It was handy for us.”

She recalled, “The owner had a big picture of his daughter eating an ice cream cone, hanging in the store on a calendar. My parents also had a picture he gave us. The daughter’s name was Arlene.”

And, Dottie continued, “My father became so interested in the ice cream business. He sold our house in Freysville and bought a farm in Delroy to raise cows (a dairy farm). Later he built a restaurant known as Spyker’s Dairy Bar. We also made ice cream, got to be well-known. We had good business. As we got married we all worked at the restaurant.”

Unfortunately, Dottie said, it’s no longer there, but we appreciate the memories to help preserve those times!

On another topic today, I have a letter from Robert Meckley about another summer fun activity – swimming. Today’s photos, most from reader Jill Schaffner, also are related to that topic, and I hope you enjoy those as well!

Robert wrote about his memories of York’s municipal pool, which we talked about earlier this year.

Robert wrote, “We lived in the 500 block of North Beaver Street and were well within walking distance of the swimming pool. We used to spend the whole day there. We would still go in high school and take dates there. We would swim and sunbathe on the sand.”

He continued, “One memory I have is that there wasn’t a circulating filtration system in the pool. So periodically, they would empty the pool and it would drain into Willis Run. Then they would recruit volunteers of kids, including myself, and after the pool was drained, they would give the kids scrub brushes and we would start at the shallow end and the whole army of kids would be scrubbing the floor until we got down to the far end. Then we had rags that we would go and wipe the sides of the pool until it was all clean. I don’t remember that any girls were part of that cleaning crew.”

Then, he says, “It would take a couple of days to fill the pool up because it was a HUGE pool. If we were part of that volunteer army of cleaners, we were given a ticket, and that was our free admission until the next time it was cleaned. So I had free admission there almost all summer long. My sister and I would go there and spend the whole day. For lunch, we had a nickel, and together we would buy two Smittie’s soft pretzels for a nickel with mustard. That would be our lunch. Or we would buy for a nickel a Power House candy bar, which at that time seemed very large, like a large Snickers bar; really good, with nuts and chocolate. That would be our lunch.”

When we originally talked about the Boys’ Club or Farquhar Park Pool, readers Peg Shiley and Barb Jones were talking about a feature in the center of the pool. Robert noted, “The question was raised in the article about the raft and the island. It was very definitely a wooden man-made raft. You couldn’t swim underneath it. It was covered with sisal fiber on top, not over wood, like outdoor carpet. The raft was there the whole time. That was during the 1930s.”

He also recalled something I had not previously heard about. He says, “In the early 1930s, there was a White Rose Amusement Park there. I remember that there were still remnants of the park when we went to the pool, like the shooting galleries and things. That was before Kiwanis Lake was built. One year in the 1930s, above the buildings, a big screen was put up and free movies were shown for anyone who wanted to come. I don’t remember the year or the movies, but it was fun.”

Robert, thank you so much for sharing those memories with us! It made me want to go for a swim myself. (Though it didn’t make me want to clean a pool, sorry!)