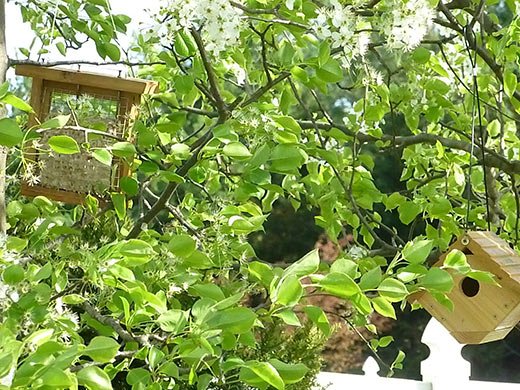 I have been waiting for a whole year to share a letter I received from reader Linda Richardson. My sincerest hope is that spring weather is here to stay soon, so it felt like a great time to share her letter as well as some of my own favorite photos of spring around York County!

When Linda wrote to me last March, she noted that during a recent visit, her then-8-year-old grandson asked her if she was born in the 1900s. “The question took me by surprise,” she recalled. “The way he asked it, or at least the way I heard it, it sounded like the 1900s and the Ice Age were about the same time. Either way it got me to thinking about my childhood.”

Linda continues, “I grew up in a time before Blu-rays, iPads, YouTube, and Facebook. It was a time when we were unaware of the dangers of fresh air and sunshine… When our parents and teachers alike insisted we go outside, because it was good for us. Of course, we were not told what we should do outside or consistently entertained. Left to our own devices, we became the original flower children. There were no official rules or handbooks for this organization. It just seemed to evolve as naturally as the flowers around us.”

She added, “The games started each year in late February or early March with an unofficial but very real contest to see which child would be first to bring to school the first pussy-willow branch of the season. It was an honor to have the teacher announce your name as she/he showed the class a vase containing several long stems with those soft velvety buds emerging.”

“Later in the spring,” Linda said, “each classroom was filled with the delightful scent of lilacs as the runners-up in the pussy-willow contest tried to outdo each other in bringing in the most lilacs for their teacher. And what child did not take tiny twigs and write secret messages on the large dark leaves of the lilac brush? Boys were prone to write secret spy messages, while the girls wrote a simple ‘I love you’ to whoever was the subject of her affections at that time.” 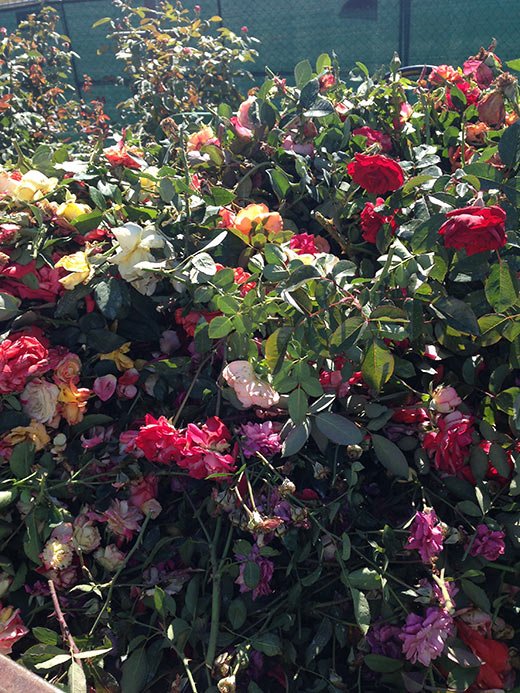 She continued, “Spring also brought one of the sweetest tastes I believe ever found on this earth. The honeysuckles mostly grew wild and were considered a troublesome weed by most farmers. But, to pick one of its small white flowers and touch it to your tongue produced a taste of pure delight.”

“June brought the bridal-white spirea into full bloom,” Linda continued. “Bridal wreaths were woven out of them and crowned the head of a bride-to-be, as she practiced for her future wedding in her own backyard. Any flower with petals was used to see if the one you ‘loved’ returned your feelings, as you recited the verse ‘he loves me, he loves me not’ until all the petals were gone.”

Then, she noted, “As summer progressed, more and more flowers became nature’s toys. Snapdragons were picked, and we became amateur ventriloquists as we gently squeezed the snapdragons to move its ‘lips.’ The petunias and trumpet flowers were made into a miniature horns and trumpets.”

“Sometimes the joy of picking flowers was not always followed with appreciation,” Linda said. “I remember going for a walk in the woods one spring with a couple of my cousins and returning with a bouquet of flowering dogwood branches. My mother let me know in no uncertain terms dogwood flowers were to look at only not to be picked. And sometimes the joy of picking flowers was not always about flowers. We had a great time each year with the seed pods of the maple tree. These were used for two different contests: One was to see who could find the largest seed pod to put on their nose, and the other was to see who could keep their pod on their nose the longest.” 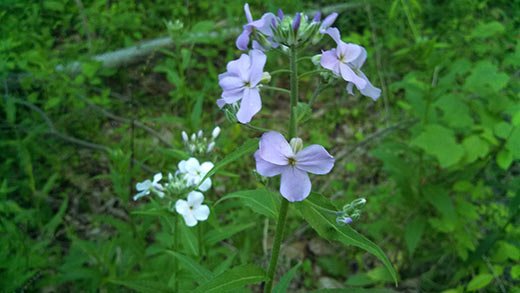 Linda added, “I saved my personal favorite for last: The bright, cheery, and very abundant dandelion. I know, I know, today people kill them with a vengeance, because they ‘ruin’ their perfect lawns. But in the past almost every mother’s window sill was brightened by her toddler’s chubby little hand-picked dandelion bouquet. The stems of the flowers could be separated and made into very nice but very bitter tasting curly-Qs. When the flowers turned to seed, it was great fun to blow the puffs of white and watch them sail off to destinations we could only imagine.”

Finally, Linda noted, “I would like to think that our mothers found a way to continue as flower children even into adulthood. Following are some recipes that are a wonderful excuse to continue picking flowers. These are very old recipes and may not be suitable in today’s households.”

Linda, I absolutely love old recipes and am so happy to be able to share these today! I’d also love to hear from anyone else who has any flower recipes – roses, violets, daisies, nasturtiums, and anything else you enjoy!

Rinse 1 quart of bright, fresh dandelion flowers quickly in cold water to remove insects.
Snip off the stem and green collar under the blossom.
In an enameled saucepan, boil the remaining dandelion petals in 2 quarts of water for 3 minutes.
Cool and strain, pressing petals with fingers to extract all the juice.
Measure 3 cups of dandelion liquid.
Add 2 Tablespoons lemon juice and 1 package of powdered fruit pectin (1 3/4 ounces) and bring to a boil.
Add 5 1/2 cups of sugar.
Stir to mix well.
Continue stirring and boil the mixture for 2 1/2 minutes.
Pour into small jelly glasses and cover with paraffin when the jelly is cool.

Strain through a cloth and add to the liquid the following:
– 4 pounds white sugar
– 2 sliced lemons
– 2 Tablespoons full of yeast

Then, let stand for 4 days and 4 nights, and strain and bottle for us.

Take 1 quart tightly packed violet blossoms and cover with boiling water.
Let sit for 24 hours.
Drain off the syrup and discard the wilted blossoms.
To each cup of this purple potion, add the juice of 1 lemon and a pack of Sure-Jell.
Bring to boil in a large kettle.
Add 4 cups of sugar and bring to a rolling boil.
Cook for 1 minute, stirring constantly.
Pour into sterilized jars and seal.