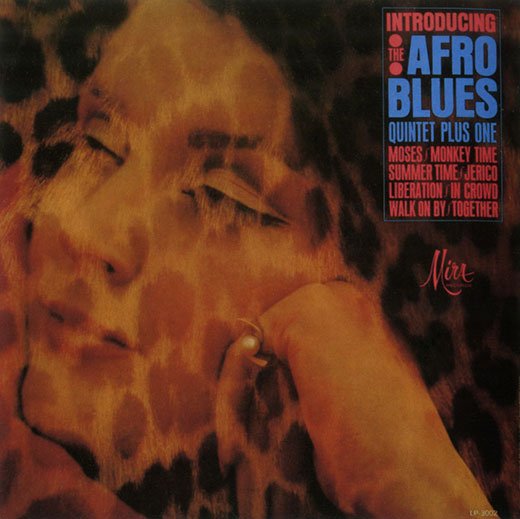 An album by The Afro Blues Quintet Plus One was among the only hard-to-find records anyone didn't find at Sol Kessler's record and Hi-Fi shop, formerly in downtown York, PA.
Posted by Joan ConcilioMarch 26, 2017March 6, 2019 Local memories, York City/Suburban

Back in September of last year, in a column that touched on a multitude of topics, we’d happened to mention again Sol Kessler’s record store, which had before that come up in a 2015 Ask Joan question from John Scullin.

In the past couple of weeks, I received another letter on that topic, this one from Sondra Pamplin, who wants to know if there are any pictures anyone could share of this record store.

I wanted to share Sondra’s request, and I also wanted to touch on other reader letters I’ve received about this downtown establishment! I hope you’ll enjoy reading them today.

Reader Tom Shadle noted, “Sol Kessler’s, opposite Sunny’s Surplus, was part of any trip downtown in the ’60s. His store had everything. Stack and stacks of LPs in the center and along the walls of the store and the record players to play them. I bought my portable record player from Mailman’s, at the Queensgate Shopping Center, but a visit to Sol Kessler’s was always part of a Saturday trip downtown.”

Tom also went on to remember Disc-O-Rama on North George Street, which opened later, and which later moved to the York Mall, which was also home to Montgomery Ward (or, as Tom calls it and as I remember hearing it growing up, “Monkey Ward’s”) and J.C. Penney.

About Sol Kessler’s, I heard also from Raymond Dietz III, who wrote, “It was located on South George Street and they did sell all types of audio equipment as well as television sets. They also had a large record department (remember those big round black discs?) that was managed by Torling ‘Rit’ Ritter. It was the go-to place in central Pa. to buy jazz recordings. Rit was very knowledgeable and could special order just about any album you wanted if he didn’t have it in the bins. In the mid-1980s I spent a lot of time in that record department and bought a lot of jazz albums from Rit, and I still own and play most of them today. Rit even went so far as to record cassette tape copies of out-of-print albums from his own collection for me as gifts just because he knew I liked those artists. Yes, I still have those too. What a great place and I sure have fond memories of that record shop and of Rit Ritter.”

Harvey Loucks also wrote about Rit, whose name he recalled spelling with two Ts. “The reason I went to Sol Kessler’s was because of the record and stereo department in the store,” Harvey said. “The person in charge of that department was Ritt the Record King. His last name was Ritter, but I don’t remember his first name. He had an encyclopedic memory of just about all the record albums ever produced, especially in the area of jazz. I’d try to stump him by asking for all kinds of obscure albums, but he usually came up with whatever I requested. But one time I asked for The Afro-Blues Quintet Plus One, and he was finally stymied. In fact he got a little upset with me, apparently thinking that I had just made it up. But then I showed him a copy I got through the mail, and he was cool with that. Ritt was an important part of Kessler’s staff.”

Moving from the records to the stereo equipment, I heard from Al Bates, who said, “I recall Sol Kessler’s very well. It was the go-to place for records and Hi-Fi gear in the York area. They had a guy in the record section that could tell you the record if you just told him a few words. If it wasn’t in stock he would order it.” (I think that has to be Mr. Ritter again, right, everyone?)

Al continued, “They had a great selection of high end stereo equipment and consoles. I bought a Scott-Carlisle wood console there, and they did deliver it. The second-best place to buy a quality console was Bruce V. Smith in Jacobus.”

Finally for today, I have a note from longtime reader and commenter Tom Keasey, who said, “I hope my recollections of shopping at Sol Kessler’s, the ‘Stereo Kings’ will find its way into a future ‘Ask Joan’ column.” Tom, indeed it finally did, and thank you again for also recalling Mr. Ritter!

He began, “Yes, it was ‘Sol Kessler’s HiFi Shop, which was co-owned by Sol Kessler and Dale Hammels; who I think was Sol’s son-in-law. Their ads advertised themselves as the ‘Stereo Kings.’ During the 1950s through at least the early 1980s, in York County Sol Kessler’s was the place to go if you were looking for anything in the way of High-Fidelity equipment. In addition, the store carried one of the area’s largest selections of the latest 45s, LPs and later on cassettes. The music department was managed by a gentleman known to his friends and customers as ‘Rit;’ he was knowledgeable about the music scene and could usually help you to find that obscure record or tape. They also sold TVs, which included Sony and other major brands. The store also operated an on-site service department. But, Sol and Dale would always be known as the ‘Stereo Kings.'”

And, he finished, “I brought my first Sony reel-to-reel tape recorder from Dale in the late 1960s to listen to recorded textbooks. In the 1970s and ’80s I was a regular visitor to the store. Whenever I stopped in, they just left me browse around. During the same period of time, I am guessing that I spent somewhere between $1,500 and $2,000 to purchase multiple pieces of stereo components and tape recorders or decks. I brought and traded stereo components like some people buy or trade cars. Dale would often take my items in ‘trade’ for new models that were coming on the market. My H.H. Scott amplifier and AM/FM tuner purchased in the late 1970s served me well for over 25 years, without ever having been in their shop for repairs. Sol, Dale and Rit always made everyone feel welcome and I always felt comfortable doing business with them.”

Tom and everyone else, thank you so much for sharing these stories about the “Stereo Kings!” As a lifelong lover of music, I just wish I could have come along a little sooner and spent time here myself!