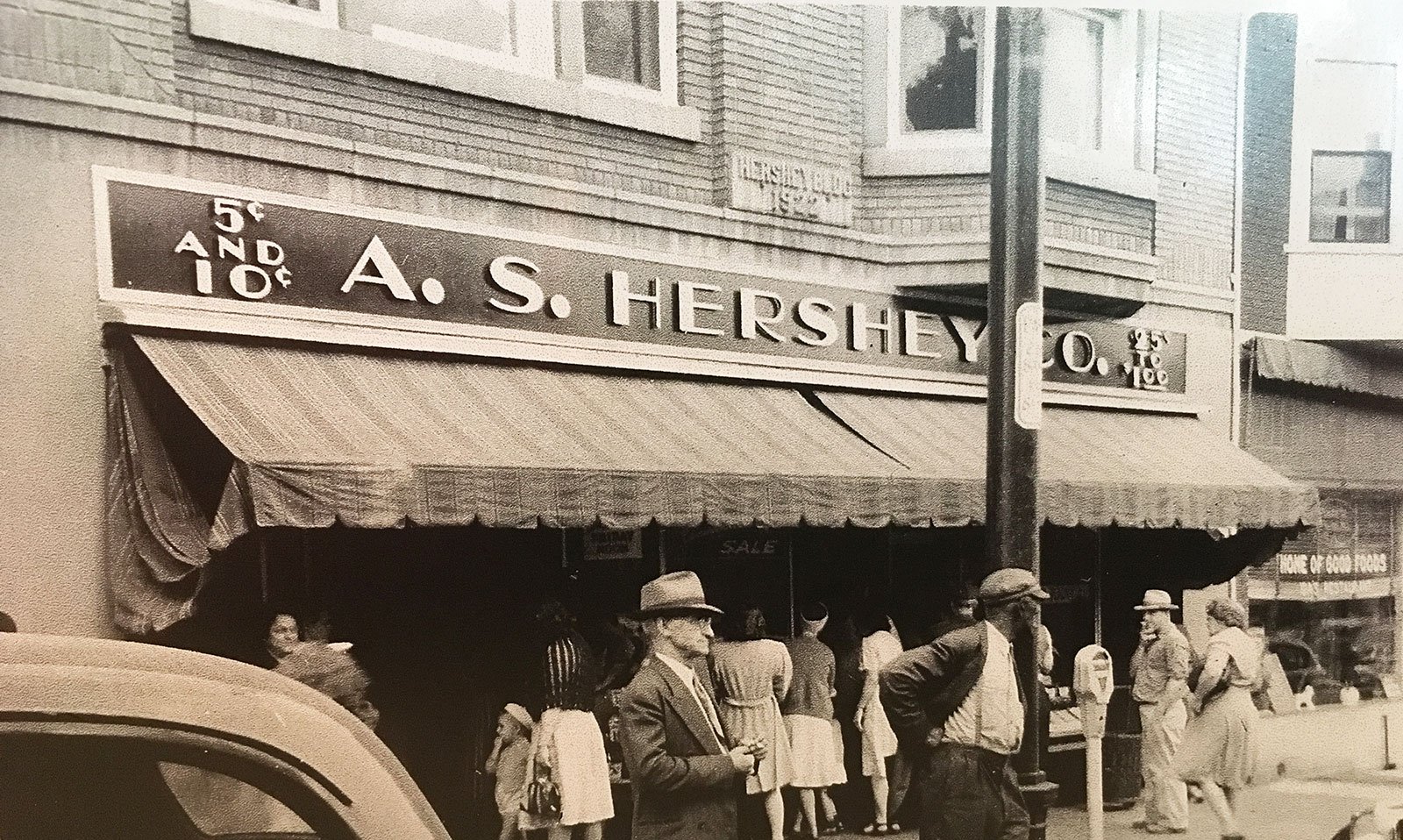 Nancy Anthony of New Oxford shared this photo of the A.S. Hershey Co. 5-and-10 in York, her grandfather's store. I had previously received a newspaper clipping containing the same photo from Don Goodling, who said his mother worked there in the 1950s.
Posted by Joan ConcilioJuly 21, 2019July 21, 2019 Local memories, York City/Suburban1 Comment

I can’t believe the number of people who remembered “Dr. Doctor” from last week’s column. A full follow-up on that will be coming in a couple of weeks; today, though, I want to dig in to some miscellaneous mail.

We last talked about Sitler’s Dress Shop in October of last year, when some readers wanted to know more details about this longtime store at 253 E. Market St. I’d first heard of it in 2013, when reader Sharon (Orendorff) Caroll mentioned it in passing with some other downtown memories.

Earlier this year, I heard from Joan (Orendorff) Witmer, who noted that Sharon is her younger sister by 12 years. Joan recalled Sitler’s as an upscale women’s dress shop owned by Ralph Sitler in the location now occupied by Catholic Charities.

Joan wrote, “The wedding gowns were on the second floor and there was always a wedding gown displayed in the corner curved window.”

She continued, “In May 1956, I was shopping for a wedding gown for my wedding in late September. I purchased the gown in the window made of silk dupioni. I had the gown and all accesories put on lay-by for around $100. Several weeks later I was notified that I was to pay off and pick up my gown by August as Sitler’s was going out of business.”

“The Sitler’s my sister remembers was by the late ’50s, early ’60s, a store that sold women’s accessories such as hats, gloves, handbags, etc.,” she added. “I remember, I think, a store in the first block of South George Street up from Futer Bros. jewelry store. But then later there was one in the first block of East Market Street next to Shoffner’s jewelry store that was next to Newswanger’s shoe store. It was formerly a Fanny Farmer candy store and the bank is there now.”

Joan concluded, “As a side event, I tried on a gown that was a remake of the gown worn by Grace Kelly when she married Prince Ranier in April 1956. I hope these memories will help to you to know a little about Sitler’s.”

Joan, that is wonderful, thank you so much! I only wish you had sent us a photo of you in your dress!

Last fall, I received a letter from Edith LoBianco of Dallastown. She was writing about her mother, a York County musician born Alverta Mae Frush; later Alverta Mae Leakway when she was married to Sterling Leakway, and finally Alverta Mae Reever when she married Bernard Reever.

Edith wrote, “She was our church organist and played for different clubs around York, and weddings also. Her band also made a record; they used to practice at our home… she mostly played at the Thomasville Inn. People loved to dance to her music. She played all kinds of music. She named her band The Melody Boys.”

Edith continued, “She also taught me to play on the piano at home. I loved it and learned fast. I had to practice three hours a day. If I made a mistake, I had to play the song again.” Edith said she still plays the piano today, in her 80s! “I keep my mother’s memory alive, as I play today,” she concluded, adding that she never knew who taught her mother to play the piano.

I am the product of more than 15 years of piano lessons; a very nice upright still sits in my living room, though I don’t play often – and have forgotten more than I ever knew, I think. I am envious of Edith keeping up with her playing! (Though, maybe if I had practiced more… my apologies about that to past teachers – Tim Resh, Clarice Cooper, and a couple whose names escape me – a young woman possibly named Stacy on Alpine Road in Warrington Township was my first, and somewhere in there was a woman who may have been named Sandy off of Roosevelt Avenue heading into downtown York.) I did a little better when I picked up the saxophone in high school, taught by Clarice’s husband Curt Cooper.

Would be very interested to hear others’ memories of music lessons in York County, too. We’ve talked about some before, including Keyboard Studios in York, but I’d like to hear from some readers who may join me in remembering 1980s and 1990s lessons!

Finally for today came a letter from Nancy Anthony of New Oxford. Nancy sent me the photo you see with today’s column, along with a copy of a newspaper clipping I had previously published showing the same 1947 photo. It’s of the A.S. Hershey 5-and-10 at 367 to 369 W. Market St., which was Nancy’s grandfather’s store.

Nancy was writing after seeing another 5-and-10 photo, taken in the early 1900s at the southeast corner of Market Street and Belvidere Avenue. The original submitter though that might have been A.S. Hershey, but we pretty quickly noted that it was about three blocks farther west than the A.S. Hershey location. 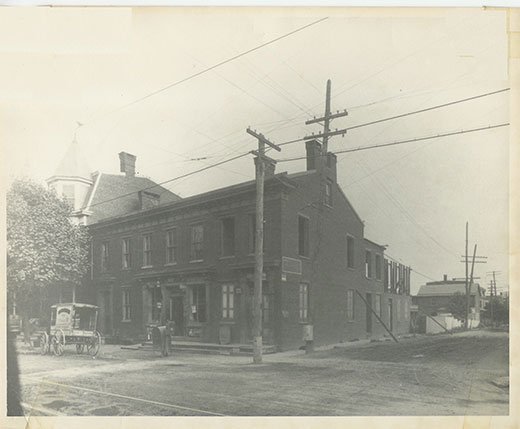 Nancy wrote and said of that other store, “My aunt says that it was L&H 5-and-10. A friend, Barb Sloat, also remembers the L&H 5-and-10. She says that it was at the Market and Belvidere location. It was also across from Rehmeyer’s where one could by almost anything for the kitchen. She enjoyed going there with her mother.”