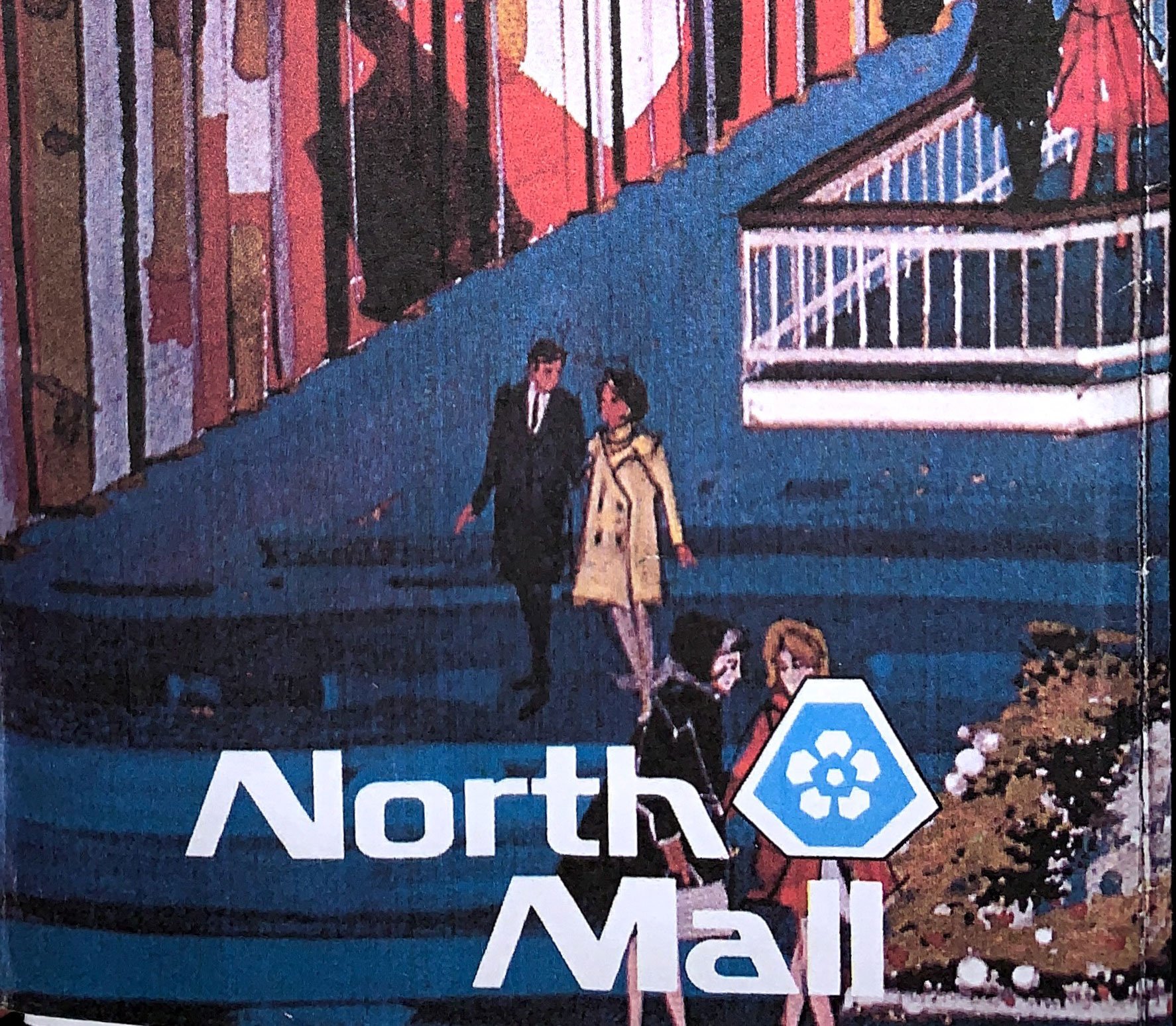 Your opinions on the good and bad of York County shopping

On Dec. 10, a number of local history buffs gathered at the Capitol Theatre in downtown York for History Speakers Night.

While I was supposed to join fellow historians/history writers Stephen H. Smith, Scott Mingus, June Burk Lloyd, Jeri Jones, Samantha Dorm and Jamie Kinsley in person to talk about pivotal moments in York County’s history as part of a panel moderated by Jim McClure, I – in very Joan fashion – took a pretty bad spill in a parking lot the day before and wasn’t in much shape to leave my house.

Not to be deterred – and also unwilling to give up my chance to get information for future columns! – I decided to create a short video on my topic, which was shared on the YDR website after the event, and I’m sharing it here, because I want to know what you think! (A loose transcript of what I’m talking appears in text below, in case you’re not the video-watching type.)

(You can view the talks from the speakers who DID show up in person here, by the way!)

Think back to your earliest memories of buying new clothes – maybe back-to-school shopping, or being taken to get something dressy – and probably uncomfortable – for Christmas or Easter.

Where did you shop?

Some of you will remember Bear’s and W.T. Grant and The Bon-Ton and Jacks in downtown York. Others might have gone to the Sears in the former York County Shopping Center on East Market Street or to Mailman’s in the Queensgate center south of York. For my part, it was Hess’s in the (at the time newly opened) West Manchester Mall for the “good” things, and Hills in Delco Plaza for most things, because my parents, though not native Yorkers, were proud bargain-hunters. (We also liked going to the outlets in Strasburg, but that doesn’t count for a York County talk!)

When my son was little, I was on a West Manchester Walmart budget, hitting the occasional sales the Galleria Boscov’s. I realized as I prepared for this talk that it is possible that some of you listening or watching had your parents buying your clothes on Amazon. This is blowing my mind a little bit, but hi, young historians!

So how did we get from each of those “eras” to the next? That’s what I’m hoping to talk about today.

You almost certainly aren’t old enough to remember when retail shopping began in earnest in downtown York. It built up from the turn of the 20th century and reached its apex in the 1940s, 1950s and early 1960s. This was when everyone went to Bear’s, or Jacks, or another of the large department stores.

But as York County grew more populous, and as people started moving out of the city en masse into new construction in the suburbs, things changed.

Start of suburban growth (or sprawl)

Whether you view the move to the suburbs as positive growth or potentially negative urban sprawl, that’s what happened in York County in the 1950s, 1960s and 1970s.

As people moved to the suburbs, so did the stores. This is when retail reached out into Springettsbury and West Manchester townships in particular. York County Shopping Center opened in 1956, and there was also the York Mall and other new destinations.

As part of this migration, stores began to leave downtown York. Big stores left in search of more parking, bigger spaces and modern architecture, and small stores followed to capitalize on the traffic brought by the larger ones.

For a while, downtown York wasn’t the place to be any more. In the ’80s and ’90s in particular, while the farmers’ markets still thrived, a large number of retail businesses moved outside the city.

While things were changing in the city, the suburbs went from just starting to develop to truly booming.

In 1969, the super-modern-for-its-day North Mall opened, and by the mid-’70s, we also had Delco Plaza. In the ’70s, ’80s and ’90s, the suburbs were booming. This time period also brought the West Manchester Mall and, later, the York Galleria – not to mention more strip malls than anyone could count.

A lot of people were excited – new retail spaces meant more places to work, more store variety and the chance to buy things closer to home.

But what happened to the city as a result, and what did this mean for people still living there? A lack of shopping options downtown wasn’t good for those without cars, and the growth of higher-end stores meant fewer affordable options.

Rather obviously, the broader economic climate had a huge effect on all these migrations and changes. Starting in the late ’90s and growing through the 2000s, especially after 2001, the effects of the economic downturn began to show.

Big stores declared bankruptcy and sat empty. Smaller ones also went out of business. New strip malls were built, but instead of filling with different businesses, retailers hoping for improved profits from a newer space moved and left older strip malls almost empty.

At the same time that our “big boxes” began to sit empty, things started to change in downtown York. In the 2000s and continuing to present, new development, growing arts and small business neighborhoods, new restaurants and reinvigorated events like First Friday started drawing people from the suburbs to the city to eat and shop.

Some new options appeared for downtown housing, too – luxury apartments in renovated industrial buildings, for instance.

In the past few years in particular, our suburban areas have seen some revitalization as well as downtown. The Manchester Mall has been redone as the West Manchester Town Center, and a new casino and more are under construction in the vacant spots at the York Galleria. The Bon-Ton’s former space in South York made way for a Community Aid.

It seems like we’re in an interesting era now – not of an “either/or” of downtown or suburban shopping, but of both thriving.

Maybe shopping isn’t, on its surface, nearly as far-reaching or life-changing as some of the other topics at History Speakers Night. But retail movements are a big part of what has shaped York County’s development. Build a mall? Houses will follow. Build a new upper-middle-class neighborhood a little outside of an existing suburb? Stores will follow. Revitalize a downtown area? Apartments and restaurants will want to be there.

To the theme of the History Storytellers event: I’ll leave it to you to decide what’s good and bad about these shopping destination migrations. I can see a number of points on both sides, and based on the traffic I’ve seen out and about while holiday shopping, I submit there’s room for a bunch of different kinds of shopping experiences.

I want to know what you think. What did you consider the “best” shopping experience in York County? If you’re from outside the city and its immediate suburbs, what was the shopping migration like in your town? I’d love to collect some ideas! You can comment online at yorkblog.com/onlyyork, or email me at joan@joanconcilio.com.