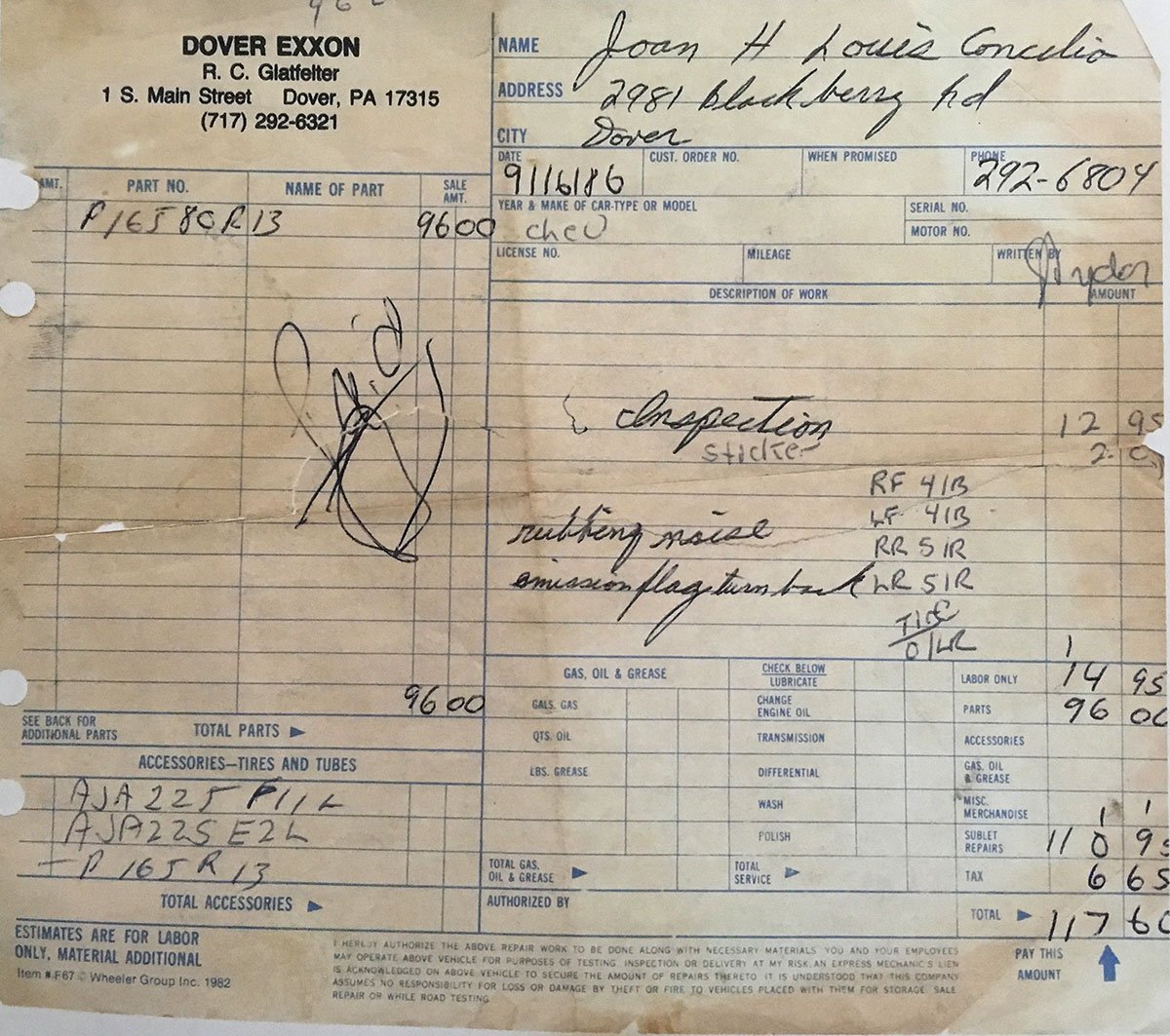 Putting out the call for memories of service stations

In the past month or so, I’ve had my car to the garage for an inspection and taken my sister and brother-in-law to drop theirs off. As we rode home after theirs, we started talking about local garages, including, as we drove past it, Fadely’s Auto Masters on West Market Street. I mentioned that some of the Fadelys live down the street from me, and my sister and I started talking about some of the mechanics our family had used over the years, many of whom were also friends or neighbors.

For a long time now, I’ve been taking my cars to Steve Ewasko, who manages the TeamOne on Route 30. Before that, I used the former Dellinger Motors in Dover, owned by Faron Dellinger. It was Faron who sold me my first car, a 1989 Nissan Sentra, in 1999; I fondly remember filling it up for under $10 a tank! He kept that poor thing running well, too, and that was a job.

Even before that, our family was loyal to a Dover-area mechanic. As I was growing up north of Dover borough, I spent a lot of weekends with my dad taking me down to the Dover square to what was known to me as “Ralph’s Exxon.” I’m pretty sure Dad and Ralph were friends, because I can’t imagine we would have needed enough car repair to match the number of times we were there. My fuzzy memories from the early 1980s include being allowed to get a soda from Ralph’s soda machine and sometimes to play with some loose hardware (jars of nuts and things) that he had laying around. I don’t think I ever knew Ralph’s last name until I found the receipt you see with today’s column; I can only assume, from reading it, that Ralph must have been Ralph Glatfelter.

Having had a pretty good time talking about that myself, I thought it would be a good time to put out the call for more service station memories.

As I started doing some digging to see what information I might have on this topic already, I realized I had a letter from Ronald Ellis, who wrote that he likes reading what others remember because it brings back a lot of history about the York area and the city of York for him.

Ronald wrote, “I have just a little bit of information about a service station that was located at 337 N. George St. in York. It was operated as Ellis Bros. Phillips 66, later to become a Getty station. My father, Sterling C. Ellis, and uncle Preston D. Ellis operated it from about the mid-1960s until about the late 1980s when my father retired and another uncle, Karl Ellis, took over my father’s half of the business. It was later hit by a train and it was demolished, about a year after my father retired.”

Ronald continued, “They used to have many customers who had credit granted by my father and uncle. These customers usually paid monthly, or when they could afford to pay. There were not many businesses that did that during that time.”

And, he concluded, “They sold gas, oil and did repairs on all kinds of vehicles, as well as state inspections and towing and road service. There were several gas stations located in the 400 and 500 blocks of North George Street, but they eventually closed.”

Another reader, Becky Jones Fizer, emailed a while ago and noted that she lived in the Yorkana area and her father owned Yorkana Service Station on East Prospect Road.

I’d love to hear from more readers about the service stations they remember the way I remember Ralph’s Exxon – and the way Ronald and Becky remember their family’s work. Please send any stories my way!

We’ve actually talked about service stations several times in the past. Here are a few: