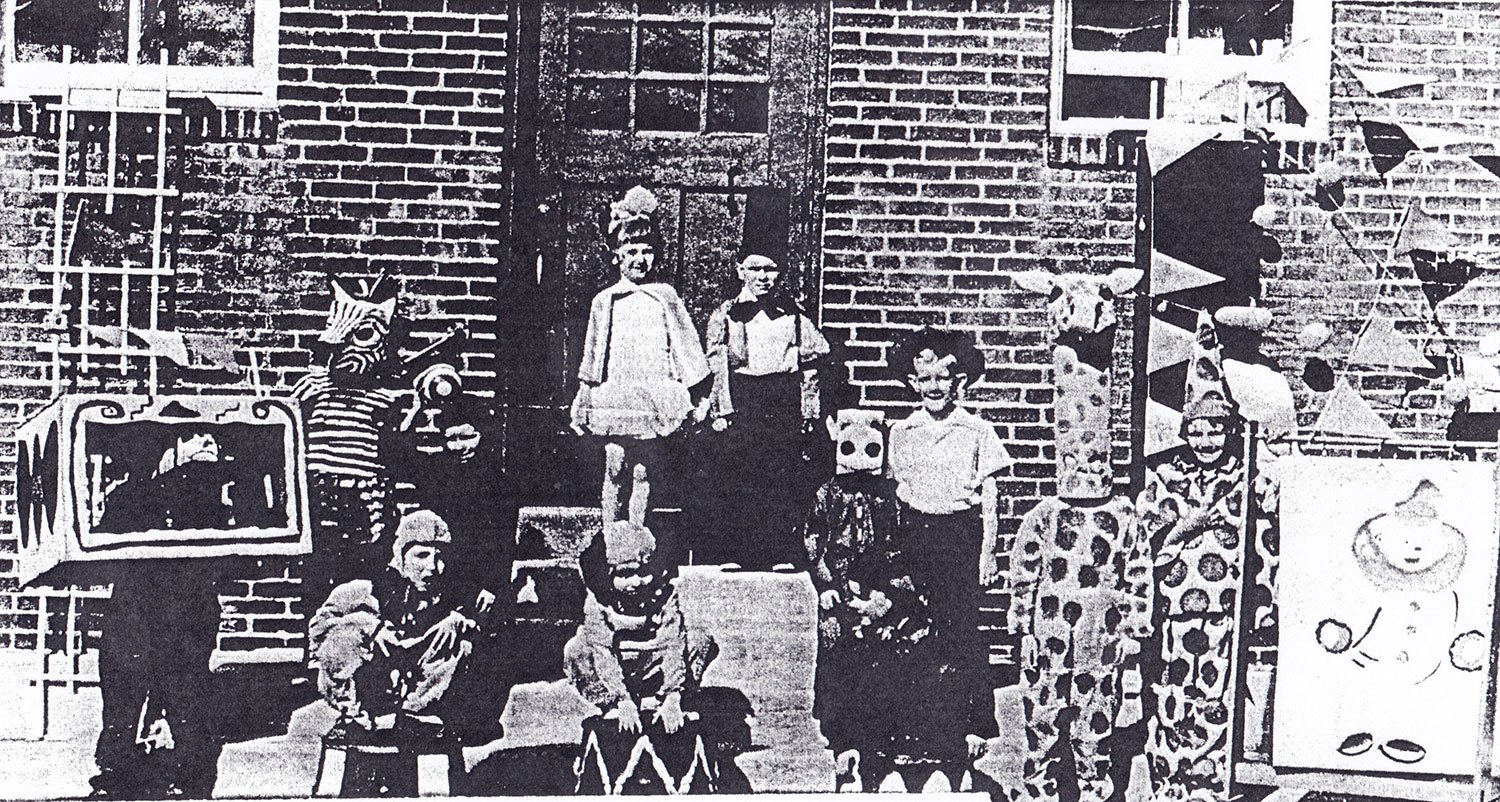 I guess it might be most appropriate at this time of year to share retail memories, given all the holiday shopping going on, but today I’m going in another direction and sharing some of the many school memories I’ve been receiving.

The subject is on my mind because, later this month, I’ll be speaking at the sold-out York History Storytellers Night at the Belmont Theatre. One of the topics I’m going to cover is the importance of one-room and other small schools to the county’s past.

While tickets are no longer available, I’m hoping that some of you reading this column are already planning to attend; if you do, please come and say hi to me!

More than a year ago, I received a letter from Will Williams, who wrote after reading a column that listed all the school buildings in use in York City School District in 1954-1955. That information came from the school district’s annual report, which is available at the York County History Center.

At any rate, Will shared some photos that I am excited to publish today. He wrote, “Arch Street School was a one-room school, first and second grade.”

He enclosed some photos from the 1950s, as well as one from 2006 before the school was torn down as part of the construction of the York Revolution stadium. Will also mentioned that the “All in One Room” one-room schoolhouse book, which YDR Editor Jim McClure and I worked together the collate, did not mention Arch Street School.

I believe we could have published an encyclopedia-sized book set if we had included all such schools in the county, but it’s nice to be able to add Arch Street to the published records by sharing Will’s photos! (If you haven’t yet seen that book, I will have some of them at the History Storytellers Night as well.)

Hearing from the many people who attended York’s Wilson School on Carlisle Avenue has been a big highlight of my past few weeks! Just a few more notes today on that;

David Rothert wrote of Wilson School, “It had four classrooms that I can remember for grades 1 through 4. I attended the school for grades first and second, and years would have been 1953 through 1955. Mrs. Emsminger was the principal, and I had Mrs. Brown as a teacher. As was noted before, there were many grade schools in the area. After fourth grade, everyone in the surrounding neighborhoods attended Edgar Fahs Smith, which was the junior high school at the time. Edgar Fahs went thru ninth grade, at which time everyone attended York High.”

He concluded, “I can still remember some of my classmates’ names and I am in my ’70s. This was a wonderful time to grow up.”

Fran Eck also emailed me about Wilson, noting, “My mother, Alice Rosenzweig Sweitzer, and her siblings went to Wilson School. They lived in the 600 block of Pennsylvania Avenue. Although their backyard led right into Madison School, they had to walk up to Wilson.”

Reader Mary Lehigh Fortney also recalled Wilson; she wrote, “I will be 80 years old in May and I attended this school first through fourth grades. I also attended Madison Avenue School fifth and sixth grades.” She mentioned the pop quiz I gave in a previous column, in which I mentioned I started school only a few blocks away from Wilson, but wanted readers to guess at what school. Mary thought it might also be Madison, but I came along a little later, after the building was owned by West Side Baptist Church and run as West Side Christian School.

Harriet Ashway also recalled Wilson, noting that she and her three brothers grew up on Florida Avenue, just to the left of the school as you look at it from Carlisle Avenue. “We only had a half-block to walk to school!” she noted. She also concluded, “OK, I’ll confess – I’m 83!” Harriet, it was very nice to hear from you. I have heard from people of many different ages for whom Wilson was a big part of their lives.

And June Knighton of Normandie Ridge recalled of Wilson, “We lived on Linden Avenue and my son and daughter attended there. My son Jeff’s first-grade teacher’s name was Miss Ensminger, a wonderful lady. My daughter Jan reminded me that each morning the students were served graham crackers and milk. Each year in May, they erected a large May pole in front of the school, which was not the grassy area it is today. The children really enjoyed the May pole… those were the days.” What’s funny was that one of the photos Will Williams shared from the Arch Street School was also a May Day celebration!

Finally for now on Wilson, I want to share a great letter I got by email just recently. It came from Arnold B. Cederberg, also known as “Mr. C.” Mr. C noticed that, in a previous column, local geologist Jeri Jones wrote in about his memories of the school. The teacher wrote, “I taught at Madison School from September 1957 until January of 1968, when I was assigned to William Penn Senior High School to teach Driver Ed. I do not know what year it was, but Jeri was one of my students in my fifth-grade science class. I am proud of Jeri and what he has accomplished in his geology pursuits. I guess having rocks in your head can be a good thing.”

He continued, “While at York High, I established ‘ABC’s Driver Training School,’ a private driving school. Jeri was one of my students.”

And Mr. C concluded with a story I truly loved: “You mentioned your attendance at the West Side Christian School, which I believe was in the Madison School. I have a lot of fun joking about the demise of schools in which I taught. Starting with Smallwood School, which was located just west of York High. When the high school was renovated and enlarged, Smallwood School was torn down, with one small section incorporated into the boiler room of the new school. Next was Madison, which, as you know, was sold and became your elementary school. And, finally, the high school. When the Driver Ed program was discontinued and I was assigned to Jackson School, the side of the school that bordered along Beaver Street, and where my homeroom was located, partially collapsed… I hereby declare that I am not responsible for any of these events!”

That does bring me to the most important part of today’s column. Mr. C concluded, “If any of your readers were students of mine, I would very much like to hear from them. I now live in a continuing care retirement community – Homewood at Plum Creek in Hanover. My address is 638 Morning Glory Drive, Hanover, PA 17331.”

I would love to see Mr. C hear from those of you who were his students across those various schools!