A good friend of mine recently started a part-time job at the Dover Antique Mall, and after hearing her recommendations about how cool this fairly new business is from the inside, Chris and I ventured up and spent a morning wandering around through the various vendors’ items!

I restrained myself; though there were many items I’d have loved to have, including an amazing wooden replica of a farm with all its outbuildings, I managed to get out with only a packet of uncirculated York County postcards, seen in today’s post. 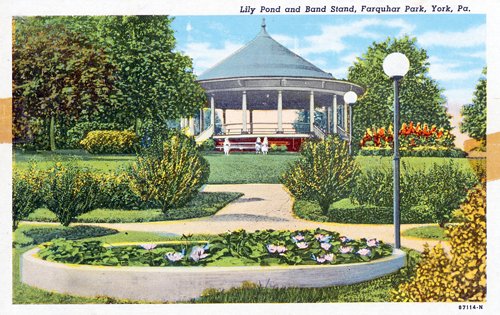 None of today’s postcards are uncommon ones; longtime collectors of York cards, as I know several of my readers are, almost certainly have seen these. But I liked them and thought I’d share for those of you who might be newer to the postcard scene!

This first one is of the lily pond and bandstand at Farquhar Park in York. As with most of the cards in this set, it was published by the York News Agency. 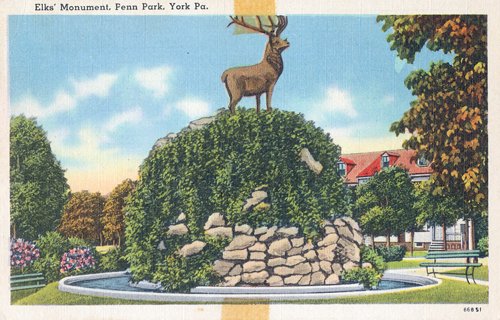 This is the Elks’ Monument in Penn Park, also seen on a card from the York News Agency. 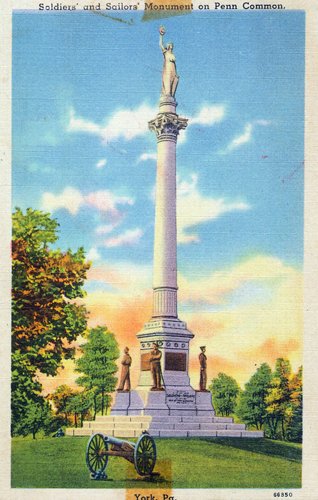 This card depicts the Soldiers’ and Sailor’s Monument on Penn Common, also on a York News Agency card. 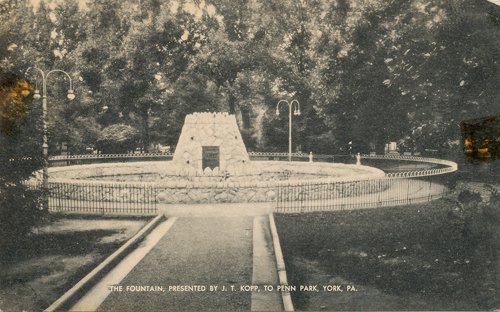 This slightly older postcard is of the fountain at Penn Park, as present by J.T. Kopp (per the card’s caption). This is the only card in the set I purchased NOT published by the York News Agency; this one was by the Mayrose Co. of Linden, N.J. 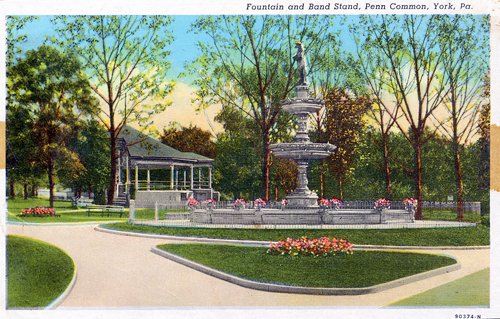 The final card I purchased, also from the York News Agency, is of the fountain and bandstand at Penn Common.

All in all, I found this a nice addition of some park scenes to my collection of York County cards, which to this point had mostly consisted of downtown buildings and cityscapes!

If you’re in the Dover area (or, hey, if you want a nice Sunday drive), the antique mall is well worth checking out. It’s open Thursdays to Sundays, 10 a.m. to 5 p.m., and it’s at 5010 Carlisle Road in Dover Township, north of the borough of Dover.