Pictures and postcards from Dover, PA 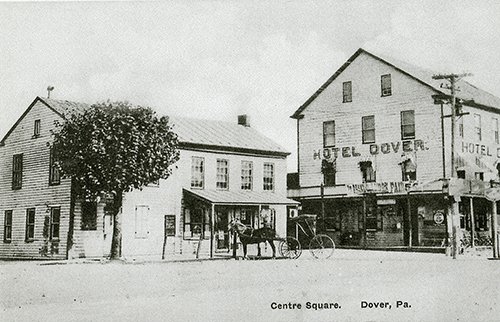 Some time ago, I received a letter and some images from Maravene (Codd) Covert showing several locations in the Dover borough area, where her family lived for many years. I wanted to share those today along with some of Maravene’s notes about the area!

The photo above was shared in a March 2014 issue of the York Daily Record when shared by another reader, and Maravene noted that her house and her great-grandparents’ house later stood on this site, and Crone’s grocery store eventually was where the Hotel Dover is seen in this image. 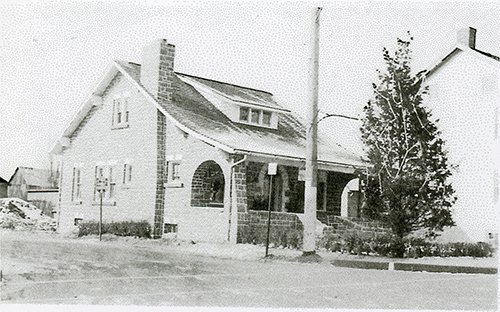 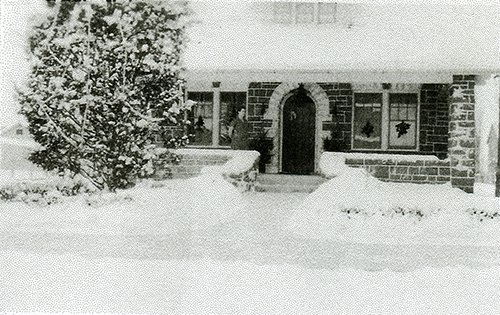 The two pictures above show the stone house in the Dover square. Maravene notes her grandparents had it built in the early 1930s on the site of the first house in Dover.

The builder of her grandparents’ house was, Maravene recalls, a man named Myers who lived on Canal Road.

She wrote, “The Christmas tree was, as I was told, the first Christmas tree in Dover. Santa would come Christmas morning and give candy and oranges to the children who came to see him. I remember that. The house had a big front porch until my grandmother decided she wanted a larger bedroom. Then it became half the size. The house also has a fireplace in the living room which was built with stones from many states. My grandfather worked for S. Morgan Smith Company and helped to build Parker Dam, Hoover Dam and many other places. He traveled all over the United States and collected the stones.” 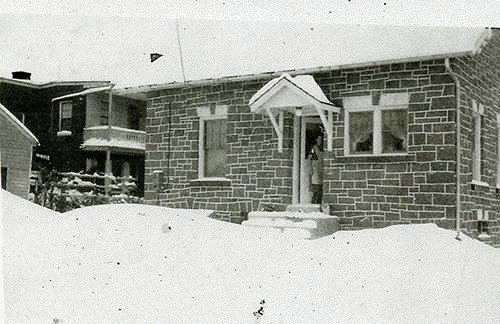 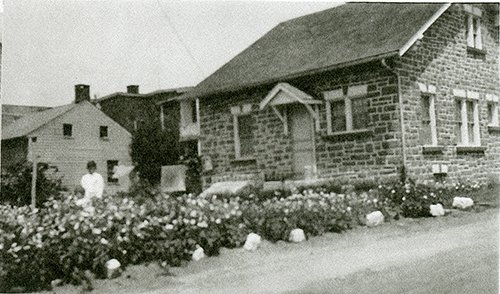 The two photos above show the back of Maravene’s grandparents’ house, along Canal Road. “Looks to me like a dirt road,” she wrote. 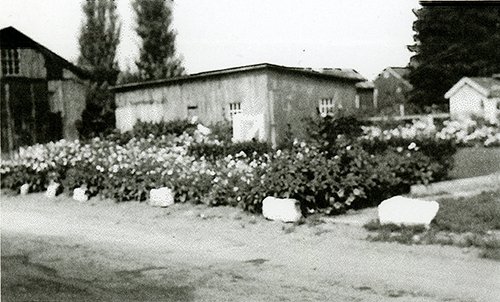 This photo also shows the back of Maravene’s grandparents’ house on the Dover square, showing an old garage her father had torn down. “The building in the front of the picture was my great grandfather’s, who lived next door,” she wrote. “Their names were Ellen and Elmer Harbold. He made cigars in that old building.” 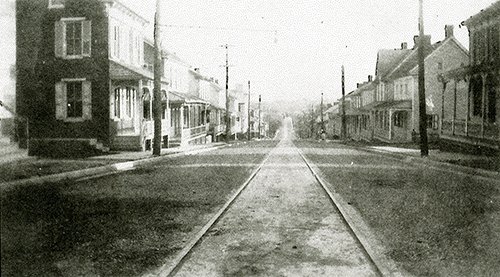 Maravene also shared the photo above, looking down the Dover hill on Main Street. 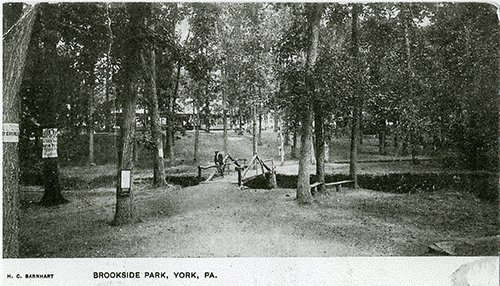 This photo shows Brookside Park, which is, of course, in Dover Township, despite being listed on the postcard as being in “York, PA.” 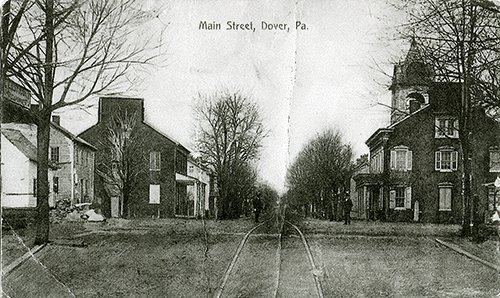 Finally, Maravene shared the photo above and wrote that it “is a picture of the first house, etc., and the corner of the square where our house was built and my great-grandparents’ house was. It also shows Crone’s store where the Hotel Dover was and the steeple of the Lutheran church we attended.”

She concluded, “Our lot went all the way back to the alley. We always had a big garden and there were fruit trees there. I remember having swings in the tree and also climbing and playing in the trees. The fire house was directly across the alley. It faced Canal Road. The siren would scare me at night when it went off. Thought you might be interested in these pictures. It looks different now with all the buildings on the lot, etc.”

It does look different, Maravene, and I’m so glad to be able to share these photos showing the square’s past!

3 comments on “Pictures and postcards from Dover, PA”