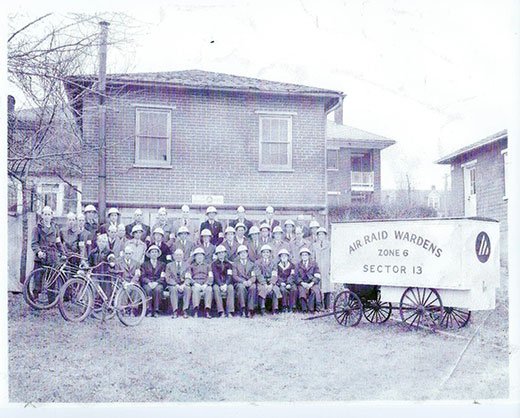 Today, I’d like to share a few photos I received from longtime reader Sarann Boring. The first, she notes, “is a photo of the Air Raid Wardens in Sector 13 of West York. I think the man in the second row between the sixth and seventh man sitting in the first row is my father, Arbon E. Boring. We lived in the 1600 block of West Market Street.”

She continued, “One night I was upset that my dad left so my mother opened the drapes a little and showed me a little glimmer from his flashlight saying he was down in the side yard. I was 3 years old then.”

Sarann also attached an op-ed from the York Sunday News published May 25, 2003, from Richard T. Gillespie, who shared the same photo and talked about the civil defense process. Gillespie, who was living in North Carolina when he wrote that piece, was the son of the chief air-raid warden for the sector and later for all of West York; he is pictured in black jacket in center of front row. The younger Gillespie was 12 at the time the photo was taken, and he is pictured at the front left, holding a bicycle. He noted that his wife is from Red Lion, and said he is still a member of the Viking Club in West York despite living in North Carolina. 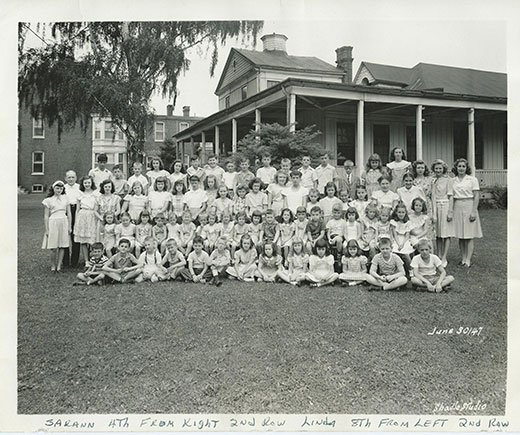 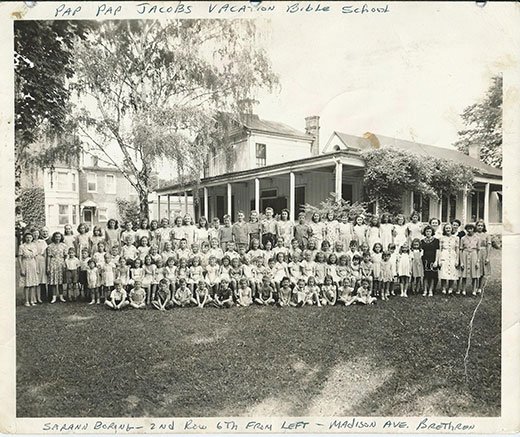 “The other two photos are of the Madison Avenue Church of the Brethren Vacation Bible School,” she wrote. “I don’t know if the first one is from 1945 or 1946, but the second one has a date of June 30, 1947. My sister Linda was old enough to go in 1947 and is the eighth girl from the left in the second row; I am the fourth from the right in the second row. The fifth boy from the left sitting was Pap Pap Jacobs’ grandson Craig. Pap Pap Jacobs and his wife lived on Sumner Street across from what is now the borough office. He was the minister of the church and filled his car with any child that he could find to go to Bible School.”

She concluded, “I have fond memories of those years and appreciated that he did this for the Smith, Reidel, Kottcamp, Weigard and of course Boring kids from West York, and many that I know the faces but forget their names. Maybe if they see these photos they will remember how much fun we had singing ‘Jacob’s Ladder,’ ‘Jesus Loves Me’ and other religious songs, and the crafts we had fun doing.”

Finally today, Sarann had a few questions to share. She asks, “Does anyone remember the Old Homestead Inn or the Jolly Cow in West York? I worked at both places during 1953 to 1957. Maybe you had these restaurants in your column before. I remember reading about the Pine Tree Inn, which was very interesting. My Grandparents Worley and Agnes Rudisill had their 50th wedding anniversary party there in 1948. My grandfather built houses in West York; one of his first was 1632 W. Market St., where my mother, Dorothy; me; and a cousin, Delores Dennis Stern, were born.”

We have talked just a little bit about the Jolly Cow before, but I don’t know if we ever mentioned anything about the Old Homestead Inn. Any information on that former restaurant to share? I’d love to hear more!