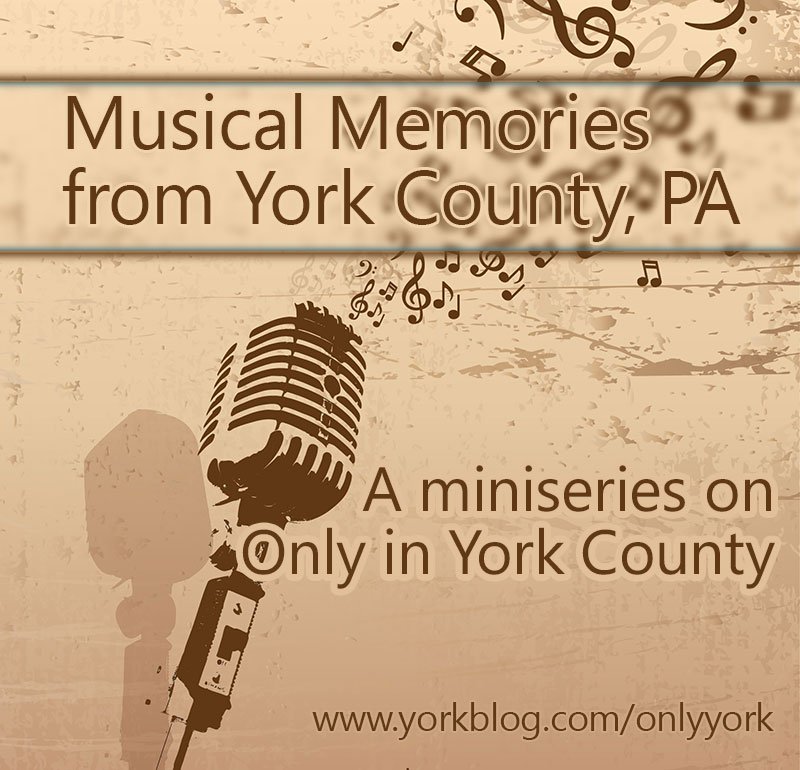 Memories of musical performances in York and beyond

Last year, I had a letter from Donna Morey Rogers regarding a topic we’ve talked about somewhat in the past – music, from local American Legion musical shows to other music memories.

Some readers may recall that I did a four-part series on York County musical memories last fall, which you can find at yorkblog.com/onlyyork/music-4

Donna wrote, “I am writing to you about my mother, Myrtle Brown Morey. She was a very talented pianist, vocalist and music show organizer.”

She continued, “When she was a very young girl, she studied voice, piano and performed in many shows, mainly Legion shows, church choirs, etc. She started a choir for the patients while she was a Grey Lady at Pleasant Acres. She arranged for buses to take this group to entertain many places in town. (This was the light of their lives.) On a few occasions she took the choir along with her when she went to the Lebanon veterans’ hospital to sing for the patients.”

Donna added, “For many years she enlisted all her friends who were also in show business and when in York for shows, took them with her to the USO to entertain the servicemen. This was a ritual at our house. If you came to York to do a show, you automatically knew that you would be asked to go along to the USO on Sunday.”

“When she was a young girl, she studied voice in Philadelphia and spent one summer at a vocal school in Chicago. She taught the nuns at the convent in York how to play the piano and they in turn taught her Italian, which she needed for her vocal lessions. She could play anything on the piano, transpose music on the spot and if you would hum a song to her, she could automatically play it or transpose it into your key. I remember asking her on one occasion if she heard a new song, and she told me to hum it for her and she could automatically play it.”

She continued, “She did many Legion shows, entertained in many churches, organized The Elks Players, and had a group of four ladies – the first – to become part of the Barbershop Quartets Singers of America.”

Donna then wrote, “At one point in time when she was very young, maybe 20, she had an audition at the Metropolitan Opera, and while many young ladies only got to sing a few notes of their songs, she was allowed to sing her entire presentation, told she definiteyl had potential and could be accepted as a student. My grandparents got her settled in a rooming house and when it was time for her parents to leave to go back to York, she put her head on my grandfather’s shoulder, began to cry and was allowed to go back to York. I have always wondered how things might have worked out for her, had she stayed in New York.”

Donna concluded, “She became a vocalist on various choirs, organized her own shows and helped many young girls to enter local musical groups and shows with the lessons she showed to them. Naturally she never charged for her services, just wanted them to all do well. I kept many (now brown-looking) newspaper clippings over the years. Just cannot throw them away and read them every now and then… Can’t help but wonder how all our lives would have played out if she had stayed in New York and pursued her music. She was a truly exceptional talent.”

Donna, I would certainly wonder the same thing, but I admit that I am glad that your mother was able to share her gifts in York County. Based on your descriptions I know she made a large difference in the lives of many in the community and I am glad for it.