Today’s letter comes from Theresa Young Dotzel of York, who wrote in response to seeing photos by the late Jim Goodling in one of my print columns. I’ve included the relevant photos of Jim’s along with Theresa’s comments here so you can see to what she is referring! 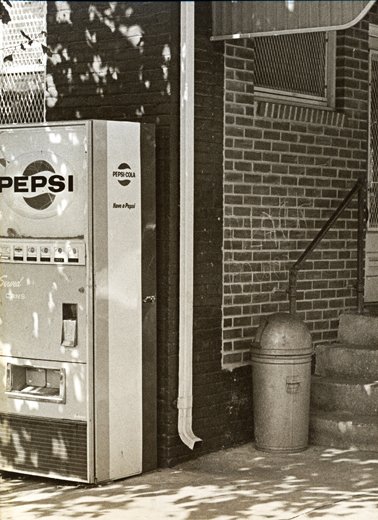 She writes, “Your recent photos of Jim Goodling’s brought back some fond memories of growing up in Parkway. The shop at Pershing and Front St. is Geesey’s store, a mom and pop grocery store that was owned by the sweetest people.”

Theresa continues, “Mr. and Mrs. Geesey would allow people in the day to run credit till they got paid. The kids would love it because they had a whole glass case of penny candy. You could fill a small brown bag for 10 cents or 15 cents. Mr. Geesey had a ‘special gumball machine’ with clay marbles in it with the gumballs, if you got one you 10 cents worth of free candy.” 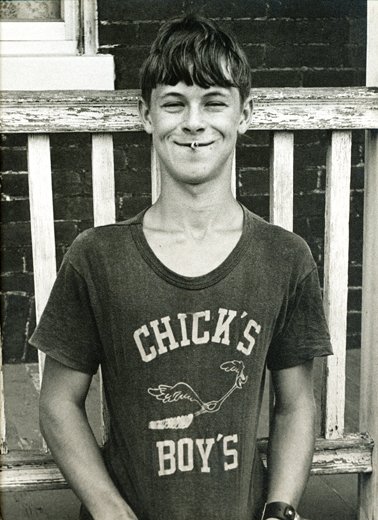 She adds, “I remember ‘Chickies’ Gas Station well. We would stop there on our way home from swimming at Boy’s Club pool and buy a soda or 2 to share. (My sisters and brothers and I would put our money together, whatever was left over from swimming) and then play kick the can the whole way home. Unless it was a bottle, then you saved it because you could get money back. The boy in the picture could be any one of the the following. These guys usually hung out there. Grayson brothers, Dulaney brothers (I think it’s one of them) or the Brillhart brothers. The Brillharts are now Judge Brillhart of York and Realtor Ron Brillhart.”

And Theresa concludes, “The next block down from Geesey’s store on Pershing was Bentzel’s Market. They were butchers. I did not like going in there with my dad as a kid because I thought it stank. Then he would tell me that’s WHO we got our meat from and HOW we get it. I got a real lesson that day about generations past and farmers and the Depression. Back in the 50s and 60s, Parkway and the surrounding areas was a nice place. Neighbors cared and watched out for each other. It was a good time for family and friends.”

Thanks, Theresa, for sharing those memories!