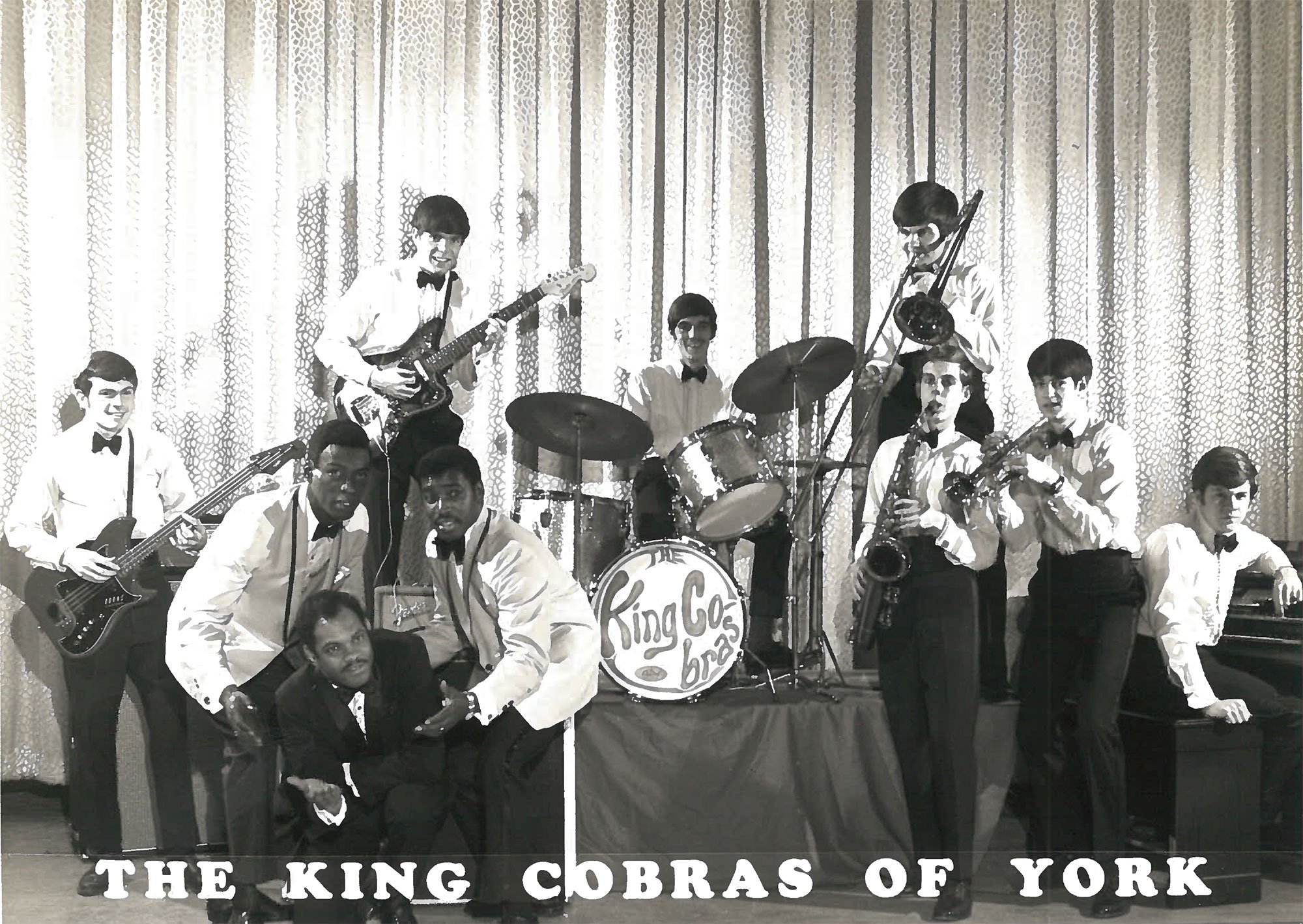 “The Cobras are playing tonight at Wisehaven!”

That’s how a message from John Scheivert began. John was the trumpeter for the King Cobras, a local band that spent much of 1968, 1969 and 1970 covering soul music at parties across York County.

John, who lives in North Codorus Township, was excited to tell me about the band’s rise to popularity.

His introduction referred to a night in August 1968, when the King Cobras of York were booked to play at Wisehaven Swimming Club’s swim/dance party night. The Cobras, which John described as “a soul music, garage band,” were established in June of 1968.

“The group formed almost overnight, and quickly jelled by practicing two to three times a week, copying the latest Top 40 soul music on the charts and the hits from the mid-’60s, popular at teen dance parties,” John wrote.

He continued, “The King Cobras quickly established their sound with the talents and coordination of their rhythm section’s beat; a tightly blended, polished horn section; and the dead-on harmonies of the vocalists… in total lent itself to a much more professional sound than only a ‘garage band.'”

The band’s members were:

John wrote, “The instrumentalists were musically trained from grade school on up, and the vocalists already had a wealth of experience and stage presence acquired by singing in school and other local bands. Because all the members had solid musical backgrounds, within a few short weeks, the King Cobras had learned enough songs to keep a three-hour dance party hopping. By July of 1968, they landed their first gig at Pleasureville Swimming Pool’s evening swim and dance party.”

He continued, “Being a soul music/Top 40 band, complete with a horn section that was needed to copy Cliff Nobles’ “The Horse” and Arthur Conley’s “Funky Street,” the King Cobras wowed a packed crowd, playing these songs no less than three times that night in response to the teen dancers’ requests to hear these current hits over and over again.”

“After their huge success at the Pleasureville party,” John wrote, “other gigs for the King Cobras started coming in regularly, and they were having the time of their lives; playing popular teen music of the day, hanging out with the crowd and watching everyone get down, dancing and having a good time… all because of the sweet sound of the Cobras.”

He concluded, “Unfortunately, the King Cobras of York were only together for two short years. By 1970, the musical landscape had changed, and the young band members were also changing, taking different directions with their lives. Back in the day, it seemed like these teen dance parties would never end… But for these young musicians, performing in the King Cobras of York flew by in an instant, and now it’s 50 years later.”

John shared the photo you see here, which was taken Nov. 10, 1968, on the auditorium stage at York Suburban High School – just about 51 years ago. I’m very curious to know who among my readers remembers the King Cobras of York – and maybe even who was at the show at Suburban, that first one at Pleasureville or the Wisehaven one John started his letter with. (Also, if any of the other former Cobras are reading, I’d very much like to hear from you too!)

As is the case with many of the great stories I get to share – I wish I could have been there!

4 comments on “Memories of the King Cobras, a late-’60s York County soul band”