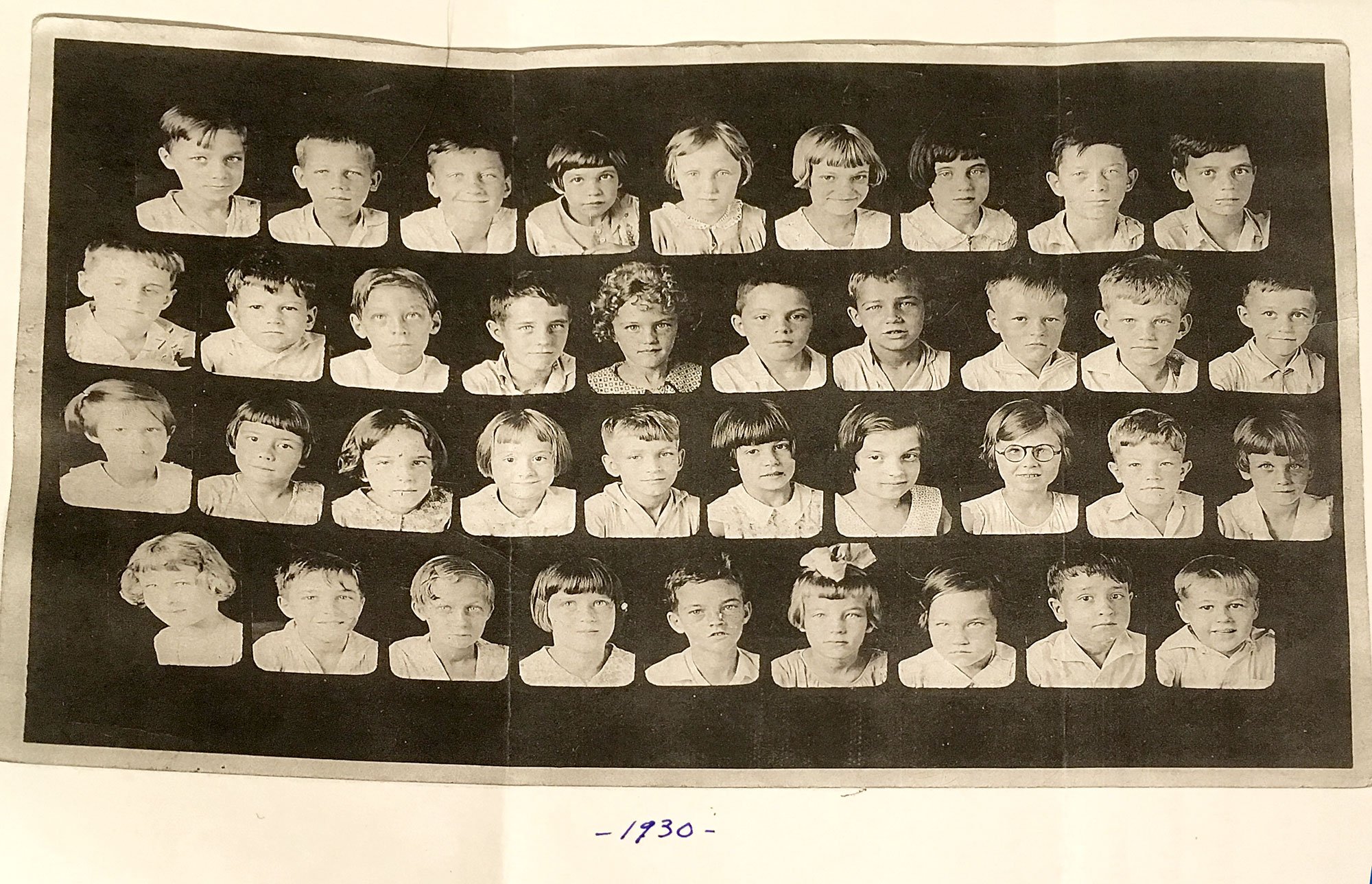 June (Newman) Kessler shared this photo of students at New Baltimore School on Broadway in Hanover, taken in 1930. "There were three grades in a one-room school house," she wrote.
Posted by Joan ConcilioDecember 29, 2018 Hanover/South Western, Local memoriesNo Comments

In February 2018, I shared a simple, one-line request from a reader named Jill, who wanted to know if anyone remembered the name of a beer distributor on Randolph Street in Hanover.

Not only did I receive some information on that, which I want to be sure to share, but I also heard some other Hanover-area memories that I thought would be fun to talk about today!

Reader Richard Crouse of Hanover did some digging about the beer distributor, and he listed out various names who owned it over the years. His list included:

By 1992, Richard reported, the building was empty.

Richard also mentioned another question from that same early 2018 column, in which Phyllis Podolak wanted to know about a Mount Pleasant school near Hanover. I have several comments on that school, and I’m hoping to share those in a column within the coming weeks as well, so stay tuned!

Back to our beer distributor, though. I had another note from June (Newman) Kessler, who lives in Hanover as well. She recalled a particular period from the history laid out by Richard – that of Snyder’s as the distributorship. June wrote, “The names of the owners were Howard and Kathryn Snyder. They had a daughter named Nancy. They were a fun-loving family and had a good drive-through business.”

June had several other memories to share about the Hanover area, as well. She referenced a 2016 column in which reader Mark Nusbaum asked about Willow Beach Park. June recalled that park, and added, “It was later named Kopp’s Park. It was renamed when a Kopp family bought it. They added a skating rink. My late husband was the lifeguard there and had charge of the rink. It was located off the 800 block of York Street, right behind Little’s Dairy, later named Bupp’s Dairy. The Eagles Lodge is there now.”

She also recalled a column in which we’d talked about a swimming pool in the Pigeon Hills area. On that topic, June wrote, “There were three reservoirs that some people swam in. Our family enjoyed roasting hot dogs on the fireplaces. There was also a public swimming pool on Hershey’s Hill on the left side going to Pigeon Hills, owned by the Raubenstines.”

Finally, June shared the photo you see with today’s column and a topic about which I’d love to hear more memories. She wrote, “I went to the New Baltimore School in first grade, which was next to Devener’s Airport in the 1200 block of Broadway. There were three grades in a one-room school house. I am enclosing a picture that was taken in 1930. The students would be 92-93-94 years old now. I know a few that are still around and thought they might enjoy seeing themselves and classmates.”

June, I am positive that many people will enjoy seeing that photo – thank you so much for sharing!