Memories and photos from Green’s Dairy 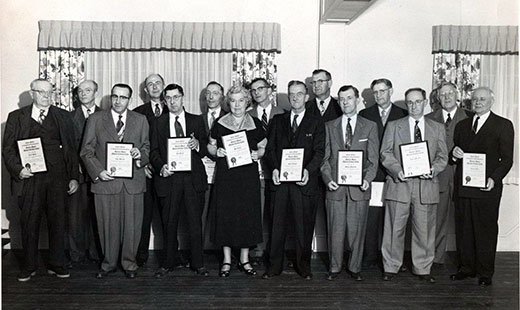 Reader Gary E. Heiland, often a source of great local photos from the past, shared the image above with me some time ago; it’s of the Green’s Dairy delivery staff, taken in 1954. The photo was taken by J. David Allen, Commercial Photographer, 1114 Prospect St., York. Pictured are, front row, Ira Smith, Elmer Hartman, John M. Heiland, Mary Taylor, Howard Albright, Jacob Folkenroth, Robert Welcomer and Clarence Green, who was the founder of the dairy. In the second row are Arthur Weigle, Kenneth Marsteller, Albert Benedict, Charles Aldinger, Arthur “Zeno” Lentz, Charles King and Walter Howe, who was the founder of Howe’s Dairy, which had recently merged with Green’s Dairy at the time of the photo.

Gary also shared several other interesting pictures from Green’s; I hope you’ll check them out! 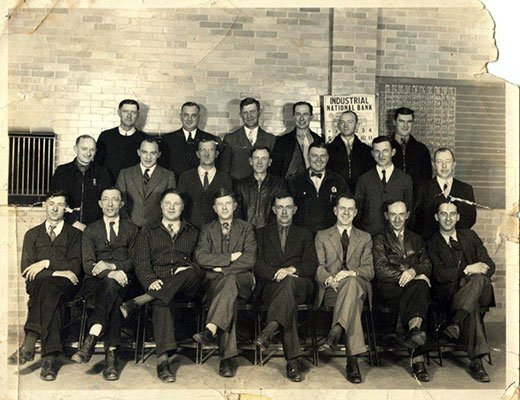 What’s awesome to me is that in 2014, then-88-year-old Art Lentz, the son of Arthur “Zeno” Lentz in the pictures, visited the York Daily Record office and shared a copy of the image with me as well. The younger Art Lentz helped his dad on his milk route when he was a child.

Regarding Green’s and delivery driving in general, Gary shared several memories in a letter. He wrote, “My dad left home at age 14 and was ‘hired out’ on the farm next door. … Some of the jobs my dad worked at were driving a freight wagon for Fulton, Mehring and Houser, a hardware firm in York; driving a coal wagon and delivering coal to homes; and delivering bread for Fishel’s Bakery in York. My dad had a country route for Fishel’s and in those days the bread and rolls were not wrapped in paper of any kind. Now a horse and buggy on a country road stir up a good bit of dust in the dry summer weather and when reaching a customer, Dad would have to take a brush and brush the dust off of the product before carrying it into the customer. And, you know that in horse and buggy days, there was a lot more than dirt in those dirt roads.”

Gary added, “After a few years with Fishel’s Bakery he went to work for Green’s Dairy until his retirement at age 65. He started out with horse and buggy and finished up with delivery trucks. By the way, when Mr. Clarence Green started his dairy he delivered milk from one big tank hauled with a horse and buggy. When a customer came out for milk, he would ladle out a quart or two for the customer from the tank. I guess those were the good old days.”

Finally, Gary notes, “I too remember the ice man. My cousin Mose Sechrist drove an ice truck for the York Ice Company. The ice truck was a Model A Ford, I think, with a really neat sounding motor. Do you remember the placards that ice customers would put in their windows? The placard would be oriented properly to display 25, 50, 75 or 100 pounds of ice. Then I could talk about the ‘glistening’ sound of chain-drive Mack trucks that were around into the late ’50s, but I think I have written too much already.”

Never too much, Gary!

And I’ll leave you with one last picture in celebration of delivery drivers, also from Gary. 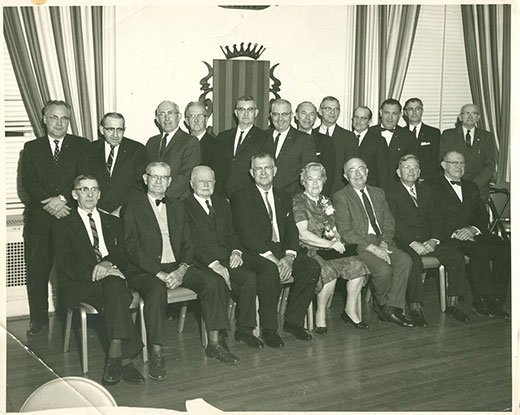 Thank you, Gary (and Art) for sharing such fun Green’s memories! Does anyone else remember these delivery drivers?