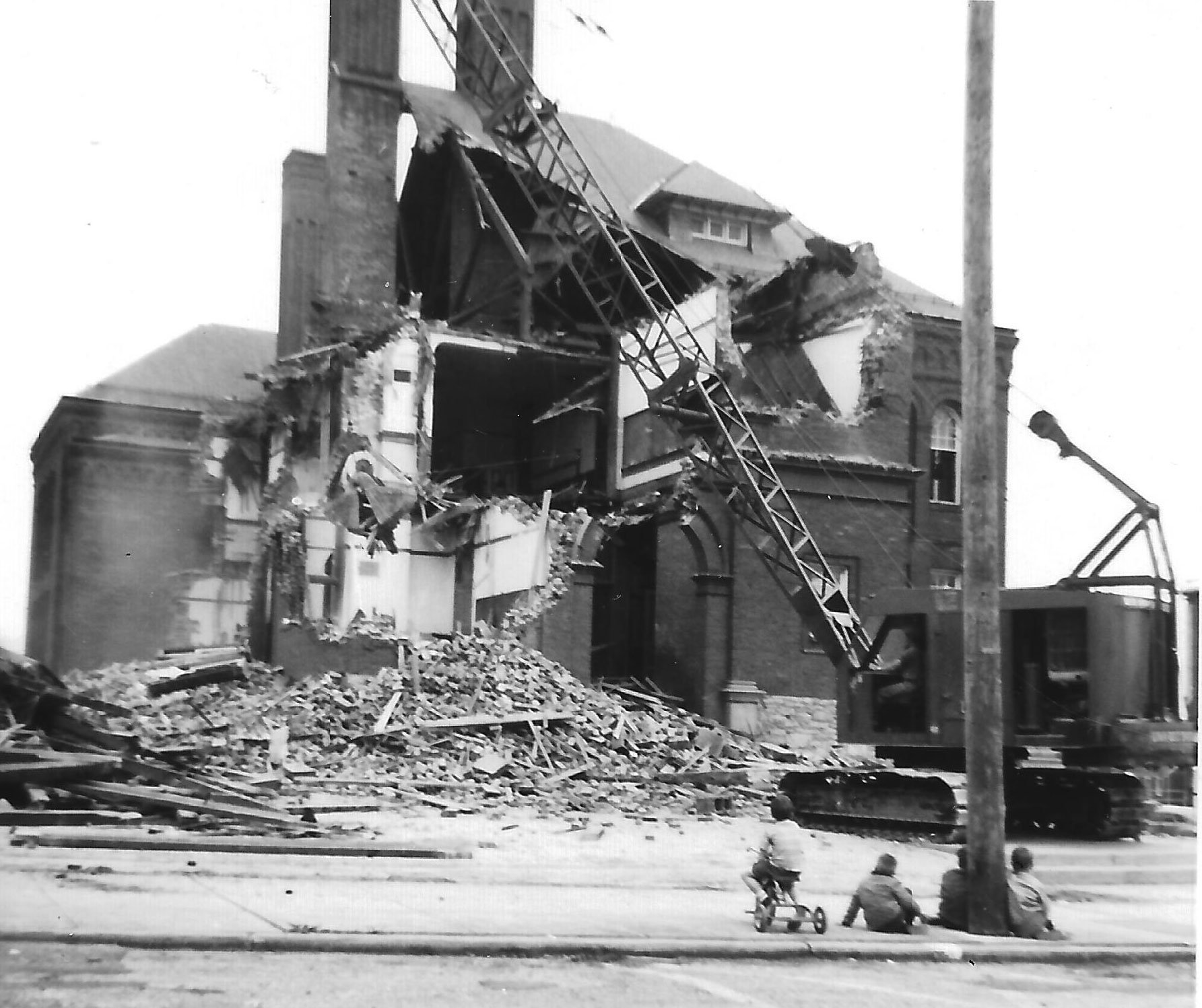 A reader named Curvin E. of the Weigelstown area of Dover Township shared photos of the former Garfield school in York, taken during the school's demolition in May 1961.
Posted by Joan ConcilioJanuary 15, 2019 Local memories, York City/SuburbanNo Comments

Memories of growing up near Garfield school

Around July of last year, I started sharing some reader memories about the former Garfield school in York, following a request from a reader named Greg.

This week and next, I’m going to be sharing even more Garfield school memories. Today’s memories and photos came to me from reader Curvin E. of the Weigelstown are of Dover Township, who began, “I spent the first 13 years of my life living across the street from Garfield, on North Penn Street.” 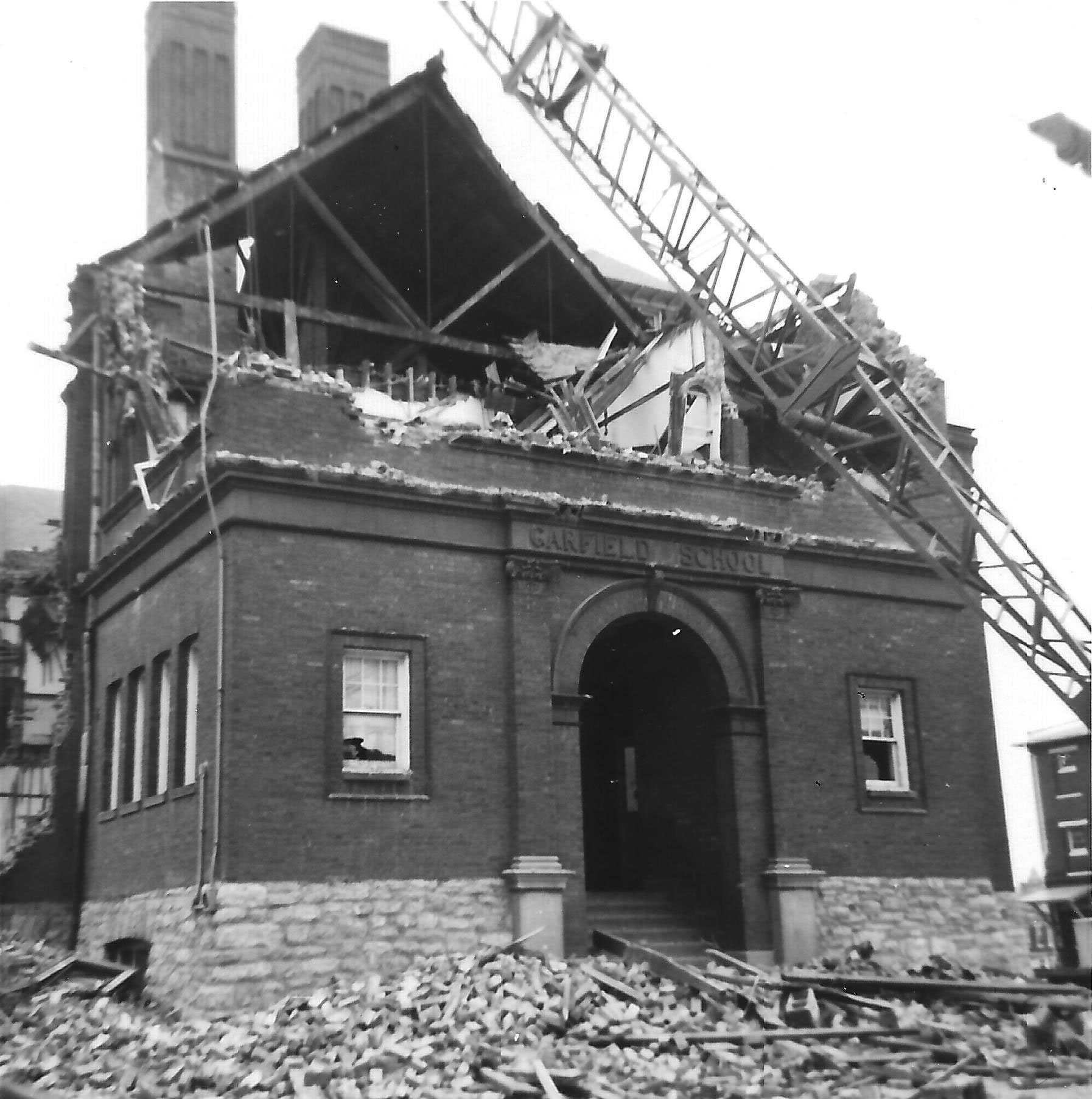 He wrote, “You would think, looking out my front window at that building all those years, I would remember the date it was built. I’m fairly certain the date on the building was either 1898 or 1896. I am sending pictures of the demolition of the building taken in May of 1961.” You can see some of those photos with today’s column. 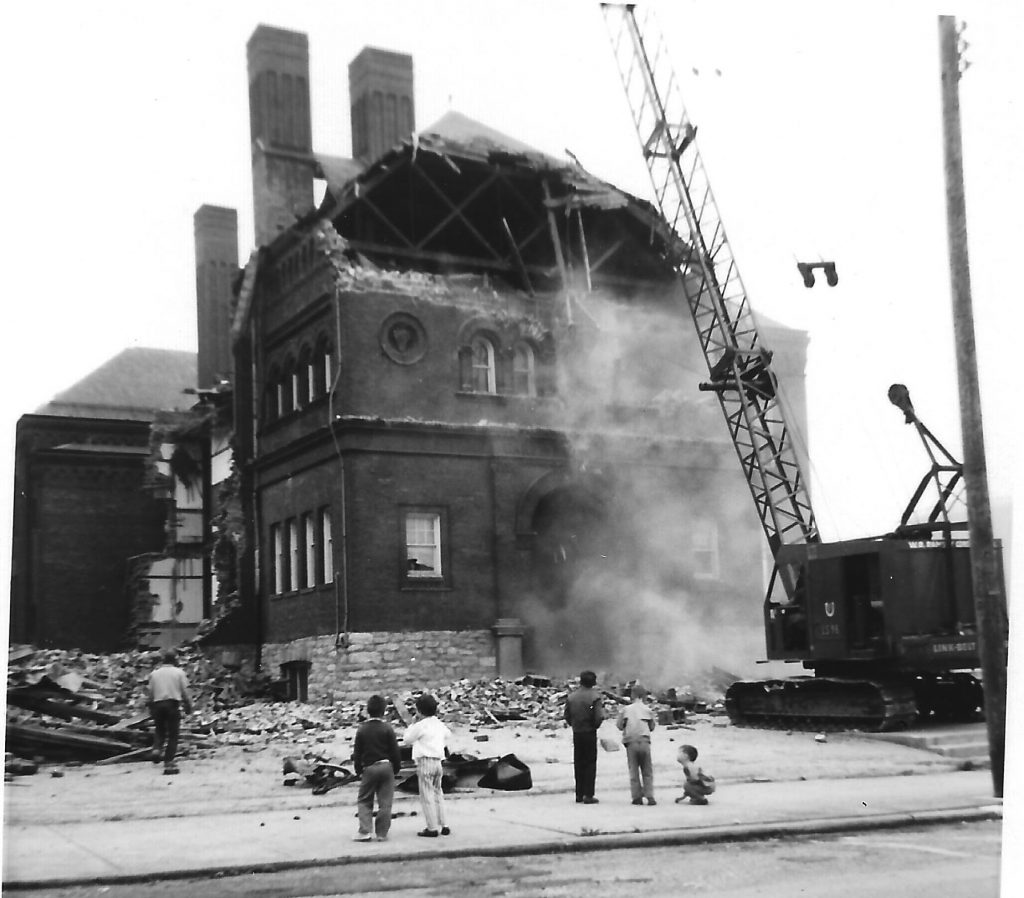 Curvin added, “One of the unique things about Garfield was the ramp they built on the North Street side of the building for children with physical disabilities. I believe this was the only school in York that these children could attend.”

He also noted, “The kids in our neighborhood always used the playground to play all types of games including softball. When I was about 13 we moved around the corner to Park Place… One summer when I was in senior high school we were playing a game of three-man softball. I got ahold of one and drove it through a second-story window of a house on North Street. I did not realize it then but the ball landed in an empty (thank God) baby crib. I left the people that lived there know that I did it.”

“The next morning,” Curvin continued, “a picture of my softball laying in the crib was on the front page (I think) of the morning paper. I was mortified! To top it off no one was allowed to play ball in the school playground any more. It didn’t last very long, but I wasn’t very popular for a while. I would love to find that newspaper article, but I have no idea how to find it in the archives. It was in one of the summer months of ’57, ’58 or ’59.” 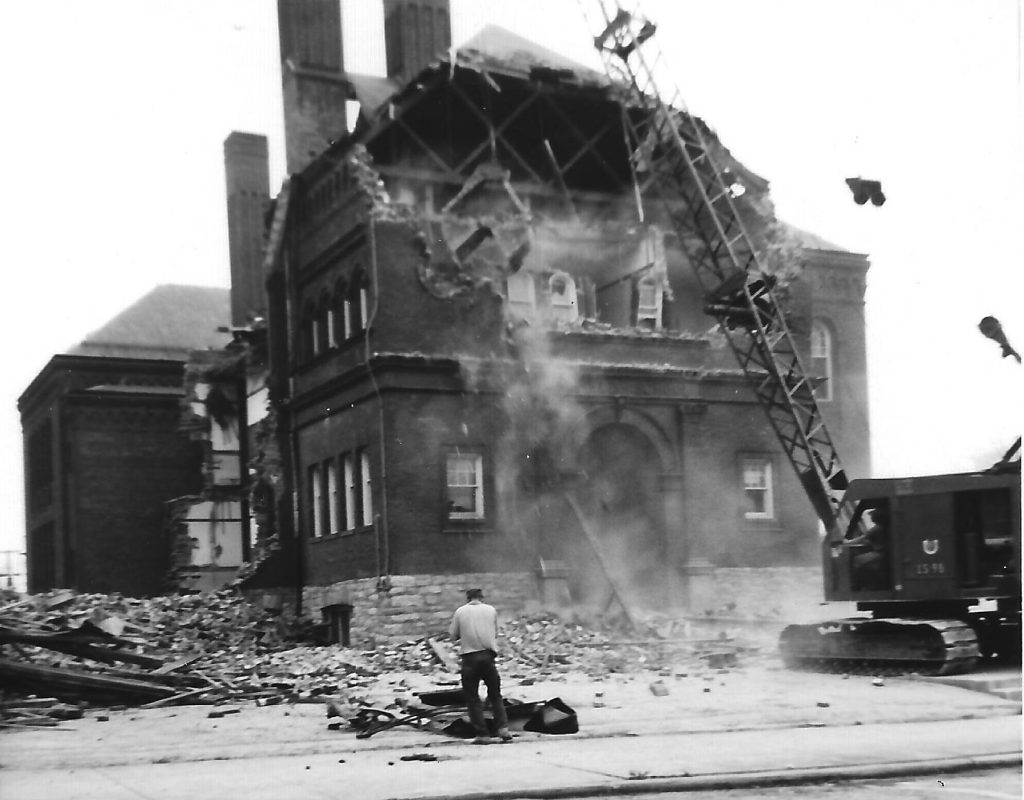 Curvin also sent a copy of a newspaper letter to the editor written by Bill Schintz, noted York County photographer who passed away in 2018. In that letter, Bill shared his memories of York in the 1960s, recalling, “We were called the ‘Garfield Kids,’ those of us grow­ing up between Newberry Street, Roosevelt Avenue and Market and Lincoln streets. Many of us attended Garfield School.” 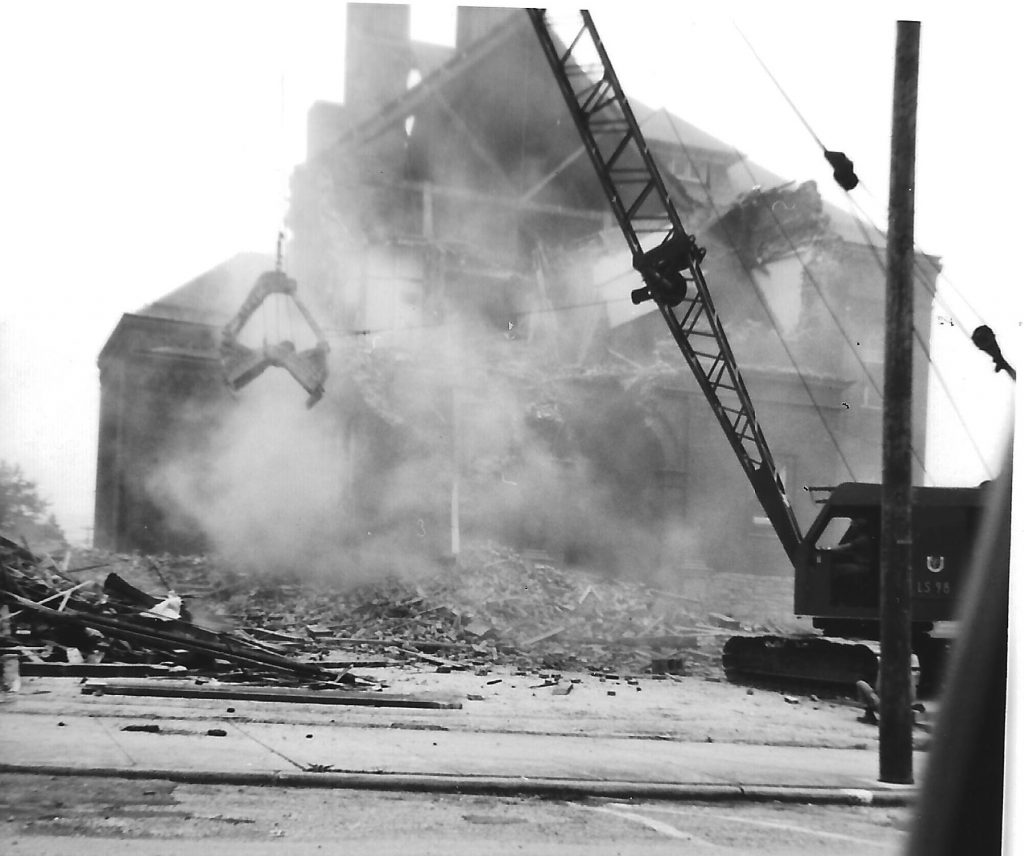 Curvin concluded by noting, “Bill lived about two blocks away from me on Elm Terrace. His sister Connie was in my grade, and Bill was a year or two younger.”

Curvin, I was very happy to hear your memories and to see those photos of Garfield’s demolition. Next week I’ll get to share some more memories and photos from other periods in the school’s history!