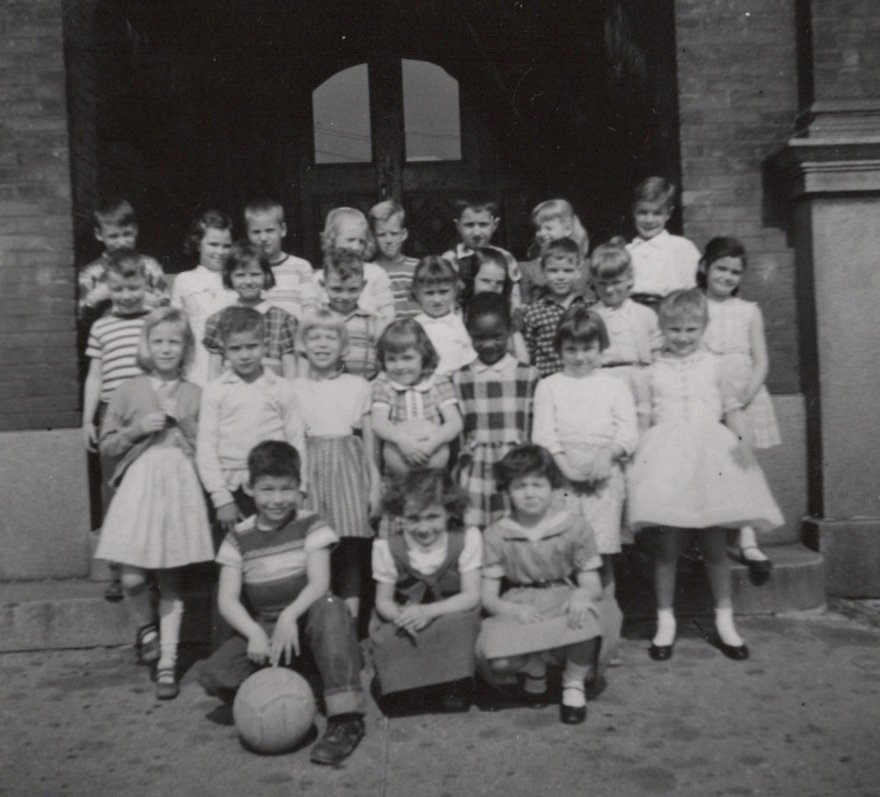 As I continue to dig through my mailbag, I’m choosing to focus heavily on schools at this time of year. In another few weeks, I’ll give that topic a break and probably move on to what I associate most with a York County summer…

(OK, also yard sales. But mostly food. And actually, I don’t really have a lot of yard sale memories from readers, so if you have those, send ’em in! Would love to read them.)

A letter from a reader who did not sign their name began, “Reading about Garfield School brought back fond memories. I attended Madison School but Mom allowed us to go to Garfield’s May Day programs, if lucky with a nickel in our pockets.”

We’ve talked about Garfield in a couple of past columns, and this letter came in response to one of the more recent ones.

The letter continued, “Sundays on our way to church we would shortcut through the playground. The big iron fence impressed me. Eventually my younger sister taught at Garfield. Enclosed are pictures from her album. I recognize some of the teachers in the picture.”

From the information on the back of the pictures, I am fairly sure that Mary Lease, the teacher, was our letter-writer’s sister, but I do not know who the writer is. I also apologize if I got any of those names wrong transcribing the writing!

I actually have several more letters and photos of Garfield to share, which will come in a hopefully-not-too-far-in-the-future column. I just had one more to share today, from reader Ken Darone, who said the previous column about Garfield School was his favorite. “I lived one block away from Garfield School for 30 years,” Ken wrote. “I went to the first grade through the eighth grade. I remember the principal was Mary Heiges.”

So, it looks like Ken’s time there was different than when Mary Lease worked there (from the difference in principal). I am very excited to have heard all these Garfield memories; like I said, please keep an eye out for a future column, including yet more on Garfield School. That topic was certainly a hit!

I had a postcard some time ago from a reader named Mary, with the last name of either Loucks or Laucks (Mary, I’m sorry, your card got smudged and I could not make it out.)

Mary was writing on a topic we’ve touched on here and there in the past – York’s former newsstands.

She wrote, “Carl’s Newsstand in 1940 was in the alleyway about on the north side of the first block of West Market Street. During World War II, hew was drafted in the Army and a relative of his ran it. However, he lost it and… wrote a letter, published by The Gazette and Daily, writing about his being in the Army and losing his store, which they published.”

I’m very interested in learning more about this. Unfortunately, to dig much farther, I’m going to have to figure out Carl’s full name, for a start. So, if anyone has details on Carl, the store, this letter, etc., I would love to hear them! I also have some letters regarding other newsstands that I’m holding on to for a future column, so more info on Carl would be a welcome addition.