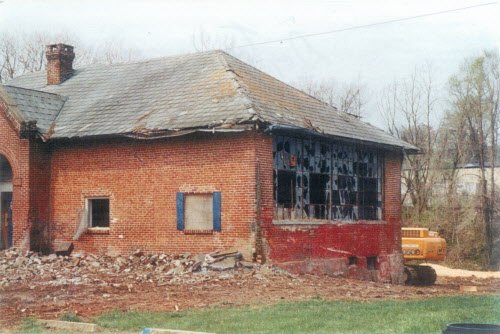 Today, I’d like to revisit a topic that generated a lot of interest some years ago: the Dogtown neighborhood of West York. We’d talked about this in two past columns, Dogtown Memories Part 1 and Part 2.

Since that time, I’ve received many more Dogtown memories and photos, and wanted to share a few today. 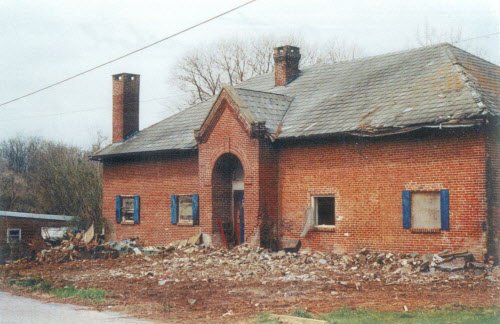 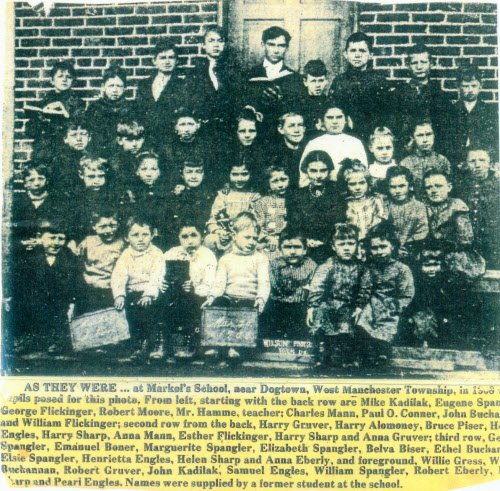 David F. Spangler of York Township shared the photos seen with today’s column of the old Dogtown school in the process of being demolished, as well as a photo of students and their teacher there taken in 1908. “In this group photo is my father, George Spangler, who was 8 at the time, along with his brother and sister, Eugene and Marguerite Spangler,” David wrote.

Mary Baublitz of Chanceford Township writes, “We moved to Dogtown in 1960. We lived in a semi-attached house; on the other side of us were our landlords, Bob and Letha Morningstar. Everybody knows Letha (as) the oldest York Fair-goer. We were 1401 and 1403 W. College Ave.”

She continued, “We lived right across the street form Jim McNally, corner of College Ave. and Highland Ave. Our bus stop was at the corner of College Ave. and Hale St. Everybody had to walk there to get the bus. After school we would walk down to Cramer’s store and get penny candy and five cent bags of those good Senft’s chips. They were they best. His store was on Hake and Poplar St.”

And, Mary added, “Another place we would hang out was down at Flickinger’s store at the corner of Salem Ave. and Adams Street. The owner had a parking lot with a long wall. We would sit out there. He had a jukebox in the store and he put speakers outside so we could dance out in the parking lot. One year all us girls got together and we made a float, picked a queen and went to the York Halloween Parade. That’s when the parade used to be Saturday night. More fun on Saturday nights. We didn’t win anything but we had a lot of fun. I made a lot of good friends in the 14 years that I lived there.”

Reader John Stambaugh drew me an amazing map of Dogtown, which you can see above. John was born in 1921 and graduated from West York High School in 1941.

He lived in the second house from the end on top of Princess Street on the map he drew, and used to swim at a swimming hole called the Ripples or Riffles, which we’ve talked about previously, in the late 1920s and early 1930s. His family owned much of the land along the path down below Princess.

The family raised rabbits, he recalled; he also noted that his dad never owned a car. Some years ago, he parked in the area and took a 45-minute walk down to the old swimming hole. He recalled that what was the former Highland Park is now a quarry, which Jim McClure had talked about on his York Town Square blog.

John had joined the Navy in the spring of 1942 and served in World War II and Korea. He was a quartermaster and worked in navigation. He came back home and worked at American Chain for many years.

John’s detailed map of Dogtown has been one of the best things I’ve ever received during my years writing Only in York County and I greatly appreciate it and all the other Dogtown memories I’ve received!