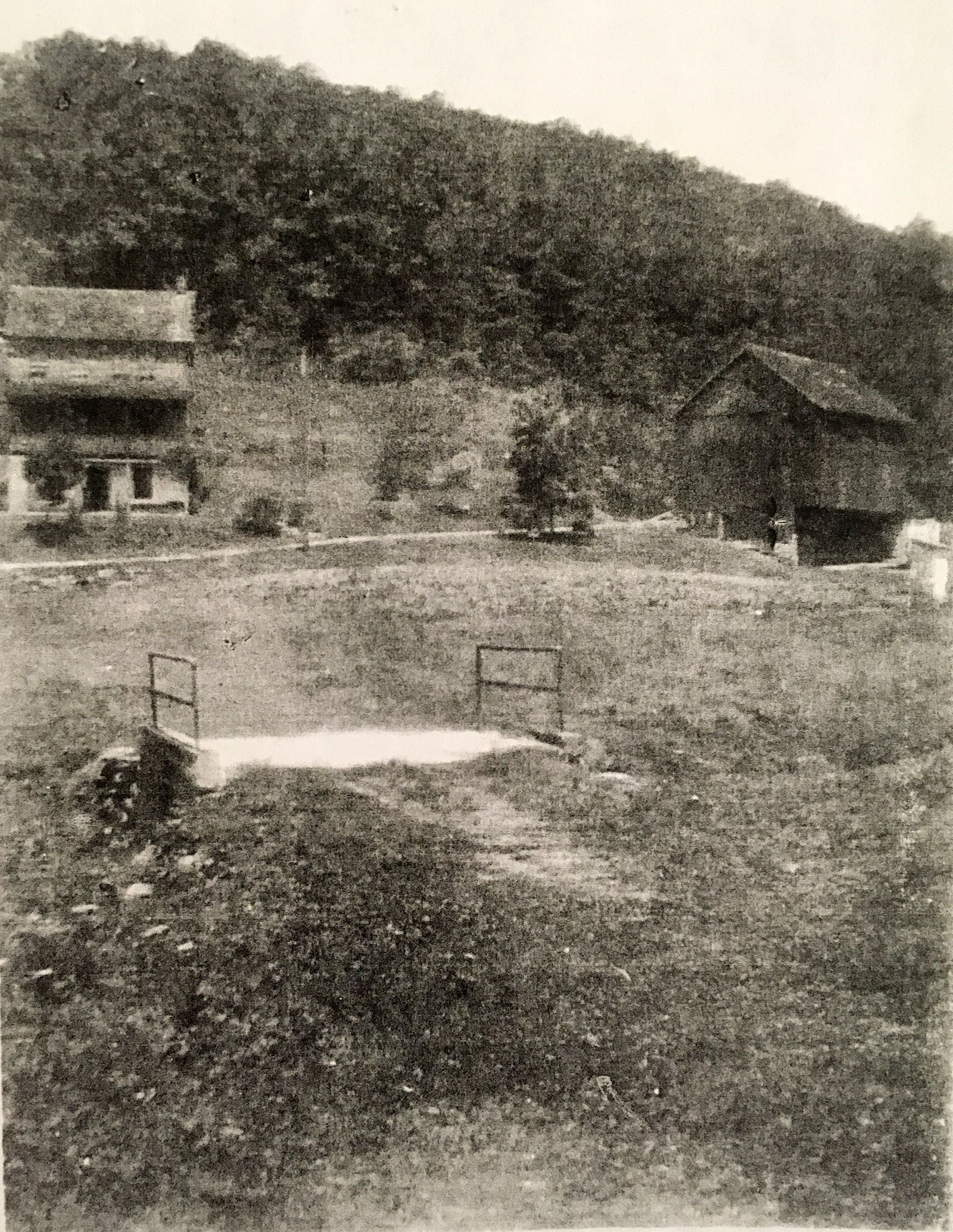 Ask Joan: Maybe no planes, but trains and automobiles

Am I the only person who really loved the ’80s movie Planes, Trains and Automobiles with John Candy and Steve Martin? They’re my two all-time favorite comedians and they worked so well together.

At any rate, today’s Ask Joan follow-ups do not include any planes – though we’ve certainly talked in the past about those, such as when we discussed York’s airmail service, but we do have a train, an automobile service station and a bridge (though it’s more of the foot-traffic type).

Starting today off is a letter from the Rev. Arthur S. Zeigler of York, a 1977 graduate of my alma mater, York College.

Arthur wrote regarding the bridge you see pictured with today’s column.

He wrote, “This bridge was built in 1918 by J.A. Godfrey, a local farmer from North Hopewell Township,” noting that Godfrey’s name and the date of construction are inscribed on the bridge.

Arthur continued, “The bridge carried the traffic over the Myers School Creek and is still usable. This road is the original Swamp Road, which follows closely along the old road. The bridge has survived the flood of 1933, (Hurricane) Agnes in 1972 and many other floods. Mr. Godfrey was not an educated engineer but had the knowledge to build the bridge to endure the elements.”

That makes me very happy, and I would love to hear those memories!

2. Taking the Dinky home from school

A letter last fall from Audrey (Beecher) Lower, now of Biglerville, wrote after one of my past columns on the “Dinky” commuter train.

Audrey wrote that, when she was still Audrey Beecher of Wrightsville, her father, Paul Beecher, was a ticket agent for the York railroad station and Western Maryland Railroad.

Audrey wrote, “I went to Thompson Business School and the Dinky was my transportation home at night. I think the time was around 4 p.m. I was 18 years old then.”

She continued, “I had a special pass being that my dad worked there. My dad worked 3 to 11 p.m. every day. My mother did not drive in those days. We traveled to Philadelphia for shopping and we got on (the Dinky) in Wrightsville and got our train in Lancaster.”

Audrey added, “The conductor lived in Wrightsville. His name was Roy Keeney and the other conductor at times I knew was Roy Gotwalt from York. My dad worked at the Wrightsville station during vacation time to relieve other office people and also worked in the baggage room in York when needed – and also along on the train to help with mail and baggage… my dad lived to be 92 years old.”

She added that she’s now lived in the Gettysburg area for more than 58 years; she turned 85 in November. Audrey, thank you so much for sharing those memories. I’d also like to add that while talking with my family as I was writing this column, they seemed to suggest that “being that,” which Audrey used and which I say regularly, is a local construction. So that’s another one for my Yorkisms collection, I guess!

Finally for today, reader Deb McCauslin of Spring Garden Township sent me a note in response to past columns asking for service station memories.

Deb wrote that my column sharing my own memories of Ralph’s Exxon in Dover “reminded me of McGurk’s from the early ’70s located on the corner of Lancaster Avenue and Mount Rose Avenue, where I took my new green 1974 VW Beetle for only five dollars for gas.”

She added, “The building also had a beauty salon and grocery store.”

Now, gas prices – that’s an interesting thing to talk about! A little later than the ’70s, I could fill up my first car – an ’89 Nissan Sentra, NOT new by any means – for $10 at the former Getty on Route 74 outside Dover Township. And that was steep for my “I make pizzas for a living and am a pregnant full-time college student” budget. I remember trying to put something like $7 in once and the owner telling me to fill it and come back on Friday with the rest of the money. (This is an experience that does not seem I’d get at, say, the Sheetz near my work, but on the other hand, I couldn’t choose from 80 varieties of potato chips and a whole menu of hot food at the Getty either.)

At any rate, thank you for telling us about McGurk’s, Deb, and thank you all for coming along for the ride in today’s column.