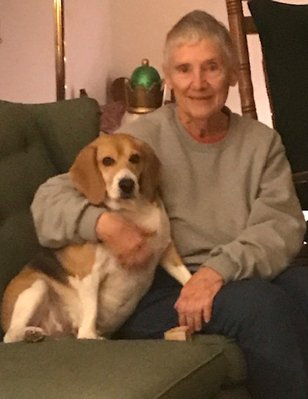 On Feb. 22, I received an email, as I did every few weeks, from my friend Barb Krebs.

Barb had been a freelance writer, or correspondent, as we call them, for the Daily Record for years and years, and when I became the editor of the Weekly Record community-news editions in 2006, I “inherited” Barb, who covered all sorts of news around Glen Rock in southern York County.

We worked together on story after story, and over time, we became quite close by phone and email. We even crafted an idea together that became a book – we asked readers to share one-room schoolhouse memories, and we ended up publishing a hardcover book because we received so many. And Barb was always full of ideas; the simplest run-in with a neighbor at the grocery store could leave her with three really interesting features on the people of York County.

Even after I left my full-time position at the YDR – to become a correspondent, like my friend Barb, who later retired – we kept in touch. We’d talk by phone occasionally, but mostly, our friendship continued through email.

I never met Barb in person. Over the years, I’d mail things she needed for particular stories to her home in Glen Rock, or she’d swing by the YDR to pick something up – but those pickups never managed to coincide with when I was in the office. When her daughter went through a medical scare a couple of years ago, I visited the hospital to drop off a gift – just after Barb stepped out to get something to eat. When her husband, Ken, passed away in 2016, I tried to get to the funeral, but was out of town.

We exchanged all sorts of emails – funny pictures of our pets (including her amazing beagle, Dexter, and my five ridiculous cats); recipes; tidbits related to whatever column I’d written that week; commentary on things we wished the paper would do stories on. We’d mail each other little gifts – I sent her a stuffed penguin, and she, knowing my love of penguins, cross-stiched me a set of penguin Christmas tree ornaments, one for each member of my five-person family and “an extra just in case.” (Just in case what, I’m still not sure.)

That mid-February email was short and came in response to an equally short check-in from me, just asking what was new.

“Joan, I am in the hospital,” she wrote. “Don’t worry, I am in good hands, and will send you more details when I have them. Some cancer in the old body but we will bear it. Stay in touch, please. Love, Barb.”

I started checking in every few days. Was there anything I could do? I could listen, and I suggested that she have her daughter and son-in-law, who were keeping Dexter the Beagle, get Dexter to Facetime with her. (We did that with our cat in the winter of 2017, after my mom broke her hip and spent a month in rehab.) The last reply I received was on Feb. 27, with Barb hopeful about the Facetime idea.

After that, I’d emailed, but gotten no answers; I wanted to visit, but not without getting her OK first.

She passed away on March 22. I’ll be on my honeymoon during her memorial service, but maybe that’s for the best. It doesn’t seem right to meet your friend of more than a decade for the first time at a funeral. So instead I’m just looking forward to coming back from vacation to York County – a place Barb and I both love.

8 comments on “Remembering Barb Krebs, a writer, reader and friend”