As I write this, I’ve just wrapped up a yard sale that’s part of clearing out things to sell my house and move to a new one. Other than some sunburn and some really ardent people trying to get early-bird discounts despite my firm “We’re not opening until 9 a.m.” stance, it was an excellent way to spend the weekend, and finishing it up with some Ask Joan questions is a good addition.

1. When was Gregory’s in business?
2. Following up on Dutch Kitchen
3. Sub shop on Roosevelt Avenue

Hi! I recently came upon a garment, a suit jacket, from Gregory’s menswear. I chanced upon it and despite a loose button, I was enthralled by the odd color choice and feel of the wool. It’s a fine jacket made with an expert hand, but information about Gregory’s is sparse. I Googled and searched for Gregory’s enough that I ended up here, and I adore hearing old stories from when Gregory’s was thriving and an integral part of the community. Unfortunately, clothing stores like this are not so commonplace. I was curious about what years Gregory’s was in business? I couldn’t find any trademark on any Pennsylvania, or federal, site about its information. I’m trying to date the jacket, which I’ll have to assume is from the mid-1950s to the mid-1960s, as the company that made the suit initially went under in 1973 as it was a part of Botany 500, and was never revived. I plan to keep this in my wardrobe or possibly give it to family, and I’d just love a little information about this haberdashery.
– Austin

Austin, we’d shared a lot about Gregory’s in previous columns, but specifically to your question, I found Jim McClure’s York Town Square most helpful, as he noted that the business began when Samuel F. Gregory founded a men’s hat store on South George Street in York in 1905, which over the years morphed into the menswear store on North George that many readers recall.

In a column from 2011, too, I had received a note from Marshall G. Gregory Jr., who wrote that his family’s business had closed “more than 26 years ago” at that time, putting its closure in the early to mid-1980s.

Hopefully that helps pin down the dates a bit, and as always, if you have more Gregory’s memories to share, I’d love to add them to our collection!

Around this time last year, I shared a question from reader Jean Henle Poole, who wanted to know if she recalled correctly that a Chinese restaurant off West Market Street near the Codorus Creek was called the Dutch Kitchen. I was pretty sure that was right, and many readers were glad to confirm this as well!

Reader John D. Krout wrote, “Yes, it was the Dutch Kitchen at the northeast corner of Penn and Market streets. The establishment was owned by Herman Klingamier (probably not the correct spelling). In that same general area was Dottie’s Diner, which was a small restaurant below ground level. My grandmother had a restaurant in the 400 block of West Market Street; it was called Krout’s Restaurant. My wife’s parents owned a restaurant across from the Dutch Kitchen on North Penn Street (at one time my Grandmother had her restaurant in that building and then needed a larger facility and moved around the corner to 411 West Market St.).”

John continued, “There were very few places in York that served Chinese food; my business partner at the time (he and I would go to the Dutch Kitchen after playing a round of golf back in the mid-’60s, the loser bought and we always had Chinese food, because it was the only place we knew that served it). Otherwise we would have eaten at either my grandmother’s or my in-laws; both of those establishments had great home cooking at moderate prices, not fancy but good eats.”

Another reader, Nancy Reever, recalled the same location and said that on the upper floors of the restaurant (which used the first floor), rooms were rented out. “They served traditional Pa. Dutch food as well,” she wrote. She recalled that the cook there was Chinese, and echoed John’s sentiment, saying, “Back than we did not have the Chinese restaurants around town as we do now.”

Another note came from Paula Bramhall, who wrote, “My family went there often for the wonderful Chinese food. The cook was Chinese, and his name was George. He would allow me to come into the kitchen and watch him cook, and he would also spend time sitting down and talking to my family at our table. There was a Chinese laundry next store. Good memories!”

And finally on that topic, I heard from Carole Kuhns Bradfield, who gave a spelling of Herman Klingameyer for the owner, though she was also not sure of the exact spelling. “The cook was a Chinese man who was called George. Not sure if that was his real name or an American name that he was given. He was very friendly,” she wrote. “That brought back a lot of memories; it was a Saturday night go-to for my parents. The chicken chow mein was the best I have ever eaten. I’m not sure when he sold it but I think he went on to the Reliance in West York.”

Thank you all for your great Dutch Kitchen memories!

Finally for today, I have a question from reader Cutty, who wants to know more about a sub place on Roosevelt Avenue in York. “I think it was called Jay’s Subs,” Cutty wrote.

Any details or memories of this place to share? 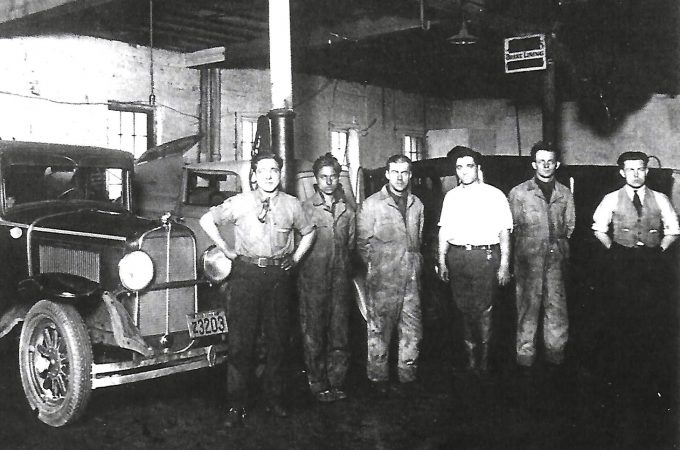 Ask Joan: Maybe no planes, but trains and automobiles