Ask Joan: All about alpacas edition

Our 13-year-old daughter, Sarah, has officially registered for her first show as a member of the York County 4-H Alpaca Club! It’s through another Pa. 4-H club, and it’ll be taking place in a couple weeks, so we’ve been doing a lot to get ready.

You can see some photos of recent alpaca goodness here on our personal blog, Our School at Home.

They’re wonderful animals – I encourage you to check out one of the many local farms to see them up close!

1. Back around Easter, Eileen H. Ritter shared a question she and a friend had been discussing – what were the creatures with bendable wire inside that used to be played with and wrapped around your arms?

Eileen mentioned she’s sure hers came from the York Fair; well, I heard from some other people who also remembered them, and from even farther away! 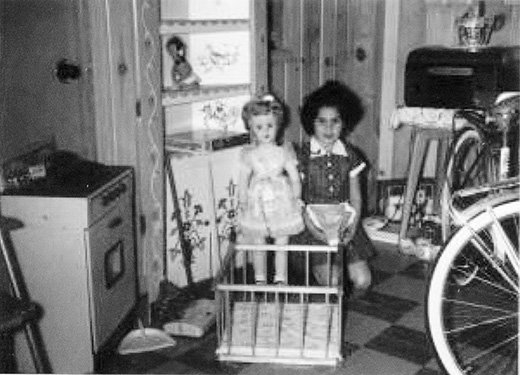 June M. Massey-Brown shared the photo above and wrote, “They were called ‘Snuggles’ because they snuggled your arm. My brother, sister and I had one each, a yellow one, a blue one and a red one that our grandmother had given us Christmas of 1960. We lived in Northern Virginia so ours didn’t come from the York Fair. I tried to print out pictures as best I could. In the one picture, one of them is sitting on the shelf (top center to the left of the doll’s head). They were quite odd looking characters for sure. Hope this is what Eileen was looking for!”

I also heard from the mother of a friend of mine from high school, who agreed with the Snuggles name and said she still has one in her attic!

Linda Mettee said that she’s from Baltimore originally. “We called them voo-doo dolls,” she said.

So there you have it… wire Snuggles! (Or maybe voo-doo dolls!) Hope that helps bring back some memories, Eileen!

2. I’ve been here all my life too but sometimes something comes up you don’t much hear about like pow wowing. That’s definitely from the earlier years.
– Jan Reynolds

Jan, that is definitely a topic I can direct you to some more details on! Jim McClure’s local history blog has many powwow posts – you can check those out here on York Town Square!

3. I grew up in York and was just back (recently) visiting my mother and saw your column. One thing I have always tried to locate without success is a recipe for making Texas Hot Weiners. Do you or any of your readers know if one exists? Thanks so much for putting together such a fun column about York, PA.
– Gregg Zumbrum

Well, thanks, Gregg! I had a quick look online and didn’t find anything that I felt was a good recipe – though I did find this fun comment thread where someone else asked the same question, and which made me quite hungry for a good dog – so I went the old-fashioned route and dug through our many shelves of cookbooks.

I was losing hope until I found “America’s Best Lost Recipes” by the editors of Cook’s Country magazine. In it, a woman who’s originally from Tamaqua, Pa., Melanie Peschutti, shares her recipe for what they call Texas Chili Dogs, which were served in that town at two restaurants called The Texas Lunch and The Coney Island.

Her recipe with which to douse your dogs?

Process the steak in a food processor until finely ground. Heat the oil in a large Dutch oven over medium heat until shimmering. Add the ground steak, onion, celery, garlic, chili powder, and cloves and cook until the meat is no longer pink, about 5 minutes, breaking up any large pieces with a wooden spoon. Stir in the ketchup, chili sauce, mustard, hot sauce and Worcestershire and bring to a simmer. Reduce the heat to medium-low and cook until thickened, about 30 minutes. Serve over hot dogs. (The sauce can be refrigerated for up to 5 days or frozen for up to 2 months.)

I thought that sounded pretty close to our local Texas Hots, but the thing I’d add is that I’ve ALWAYS seen them served with just about a half-ton of finely minced onions on top, with yellow mustard, as well as what’s cooked with the meat for the chili sauce.

Gregg, I hope you’ll let us know what you think if you give it a try!