Sarah has officially “started” her seventh-grade year (as the state of Pennsylvania says we can begin counting our homeschooling days as of July 1).

One of her biggest interests lately has been our growing family of garden slugs. 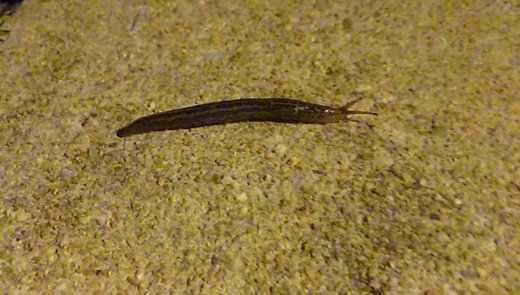 We’ve got at least 18 to 20 of them, and Sarah swears she can tell them apart. She’s learned all sorts of things about their habitat, their life cycle and their amazing tendency to eat my garden plants.

Bearing that in mind, I decided to devote today’s edition of Ask Joan to their namesake.

Today’s Ask Joan is a special follow-up edition on Slug’s Roost in the Camp Hill area.

1. In this January Ask Joan, I fielded a question from Dave Utz of Red Lion seeking details on Slug’s Roost, an area restaurant from the 1940s and 1950s.

The only Slug’s Roost I’d found was one in Camp Hill, and several commenters confirmed I had the right place – and that its time in business extended into at least the 1970s!

Doreen Angel of York said it was in Camp Hill where the shopping center is today. “It was the first smorgasboard restaurant around,” Doreen said. “I had the pleasure of tasting FROG LEGS. I really like them, they taste like chicken. I don’t remember the exact date, maybe the late ’40s.”

And the memories made Robert Brettschneider of the Dover area very happy. He said, “I was very excited to read your column regards Slug’s Roost! We moved to Dover, PA, six years ago, and no one knew of Slug’s Roost. We drove up from Baltimore in our 1949 Plymouth several times to eat at Slug’s Roost! Very good food and well worth the trip. You are the only one to mention thi8s, we could not find anyone who knew of Slug’s Roost. Thank you!”

I also got an email from Judy Johnson, who writes, “Several weeks ago, your article was a recollection about going to a smorgasboard called Slug’s Roost. My sister and I, and coincidentally, her husband who she did not know then, remember going there on Sun. afternoons for a wonderful dinner with our parents. We believe it was near Harrisburg, perhaps Camp Hill as was suggested. My brother in law remembers having fried ants and grasshoppers choc. covered, and maybe frog legs. Susan and I just thought it was really great to have so much choice, and it was really good. We must have been 10-15 yrs at the time, in early 60’s. Would love more info.”

Judy, I think we’re getting that info, for sure! I was amazed at the memories.

Nancy Wolgamuth called me and said her parents took her to Slug’s Roost in Camp Hill as a little girl. She has a paper from there that’s a kind of a “diet plan.”

And Dan E. Snook writes, “My Mom and brother went to Slug’s Roost several times in the early to middle 1960’s. It was located in the Camp Hill area and we went there on Sundays after church to celebrate Mother’s Day or other special occasions. As I recall they had great chicken on their smorgasboard … and the head lady wasn’t too pleasant. It was about the only all-you-can eat place in the area. I tried to find the place years later, but could not locate it. They must have gone out of business. I went to Red Lion High and our football team had the longest winning streak in the state at the time. I heard that to ‘reward’ the players they were taken to Slug’s Roost for supper one night. As was conveyed to me by Andrew Hoover, a ‘big’ member of the team, the players ‘cleaned the place out,’ and the head lady refused to put any more food out for them. HA! She was reported to have said, ‘We serve people here, NOT animals!’ I guess those ‘young strappin’ boys’ were hungry!”

Dan, your story made me laugh, as did the next message!

Isabel Rohrbaugh writes, “Slug’s Roost, mentioned in your column on Sunday, was located in Camp Hill, off 581. Get off at Rt. 15 and go into Camp Hill. Make a left on Market St. and travel about 1/2 to one mile. The building housing Slug’s Roost sat in front of an old hotel. Buildings may still be there. Slug’s was a ‘country kitchen’ style ‘all you can eat’ restaurant. Nothing fancy at all … but an inexpensive place to take a big family such as the one I grew up in. They had terrific fried chicken! We visited there fairly frequently, and I believe it may have been in operation till the early to mid seventies. One of my fond memories of Slug’s was my youngest brother (probably 6 or 7 at the time), asking to go to the restroom which was located across the room. We all laughed when we heard his voice yelling ‘Hey Mom … am I a hen or a rooster?'”

Then there was Jim Stauch Jr., who says, “I remember going to Slug’s Roost in Camp Hill many times. During my freshman year at York Junior College (YJC) in 1964 after our 11 o’clock class a couple of my class mates would jump into my 1952 Plymouth coupe and we would head up Rt 83 to Camp Hill for the Wednesday all-you-can-eat chicken special. We were college freshman, the food was cheap and we could eat. We would eat as much as we could quickly in our time limit because we had to be back at school for a 2 o’clock class. We all would moan on the trip back because of all the chicken and fries we had eaten. Needless to say our participation in the class was nonexistent because of all we eaten. What great memories at Slug’s Roost and YJC.”

I also got a note from Sue Sanger, who mentioned to me she’s the mother-in-law of one of my high school friends. (How York County is that? I love it!!) She says of Slug’s Roost, “There was one in Camp Hill in the 1960’s and 1970s. It was a smorgasboard. My grandfather would take the family there one or two times a year. A wonderful place to get your fill of yummy food.”

Meanwhile, Bob Rudisill wrote, “We built a Texaco Service Station at 10th and Market St. in Camp Hill in the 50’s and there was a Slug’s Roost within a short walking distance from there and we ate lunch there when working at that job. They had good food and reasonable prices.”

Jac Reichley writes, “My parents took us there as a special treat back in the 50’s. It was the only time I was able to load up on such things as mashed potatoes and frog legs.”

And Gregory E. Moul Sr. says, “I remember it as a little kid, back in the late 50’s early 60’s. It was an all you could eat place, and it was in the Camp Hill, Harrisburg Area. I remember, after we ate, we went to a store named Corvets. My mother was a twin, and my aunt drove up. My mother and Aunt were known as The Pritz Twins. My Grand-Father was Ellsworth G. Pritz Sr. and he and his Son, my Uncle Ellsworth Jr. owned Pritz Autobody and Radiator Service in York. My cousin Dale E. Pritz, and his Son Bradley own and run the Autobody Shop now.”

Gregory, that’s neat – I am familiar with Pritz!

Finally, I did hear from my friend Betsy Baird, who tied it back to Sarah’s animal friends. Betsy writes, “There was/is? a Slug’s Restaurant in Camp Hill. Mother & I would never go there to eat! Have you ever seen the real garden slug? We had them in our yard. They were so horrible to even just look at, it made an effect on us about eating at a restaurant of that name! Mother did kill them putting enough salt all around them.”

I told Betsy about Sarah’s love of slugs – and how we tread carefully on the front walk in the evenings to avoid stepping on them! To each their own, right?

Mostly, I’m just glad we’ve slugged through this list of memories. I hope it has led you down a fun trail as well!