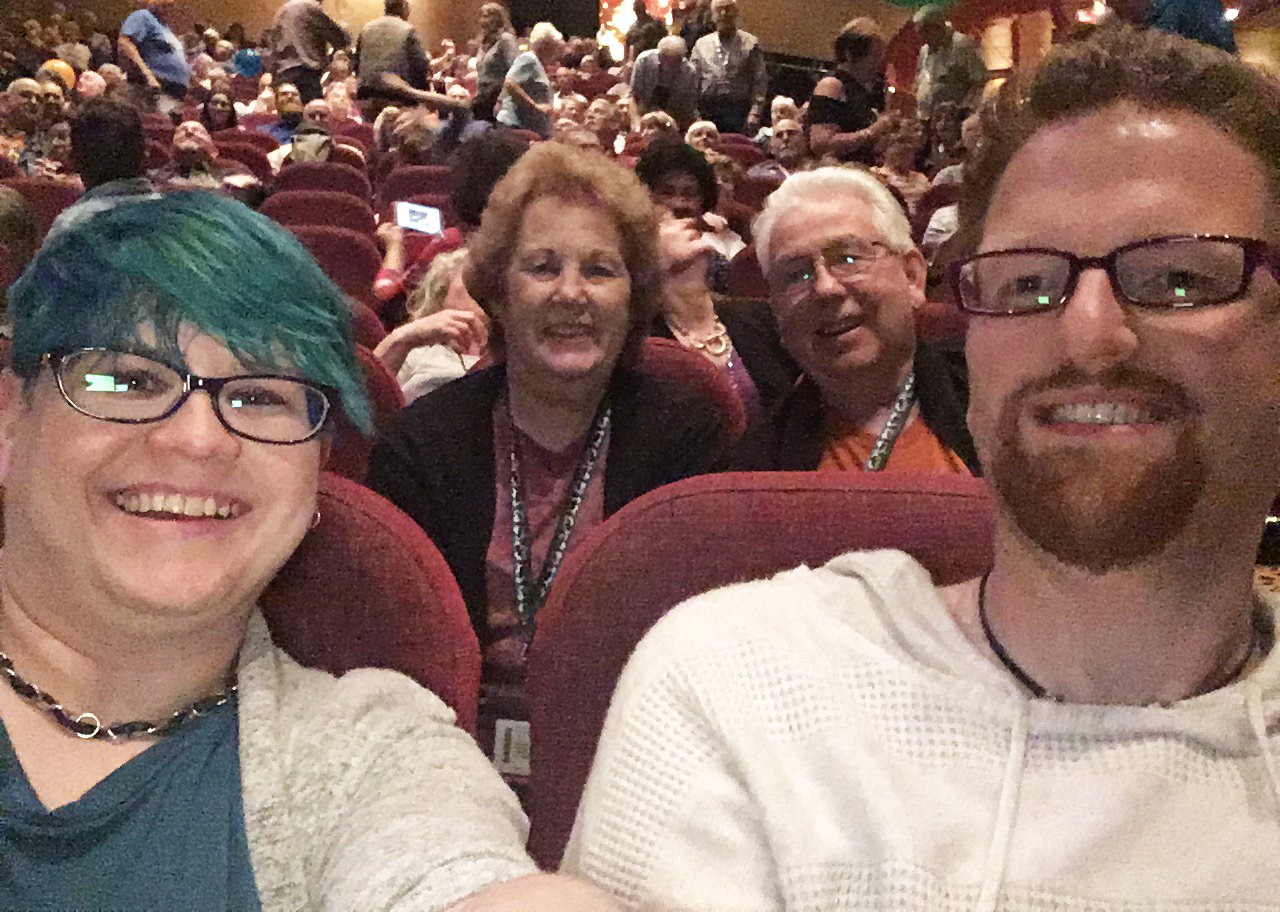 Ask Joan: Yorkers in Panama and many memories

Today’s Ask Joan includes what has to be the most surprising “York County is everywhere” moment I’ve ever had – or will likely ever have.

1. Yorkers on a cruise ship

I mentioned in a March column that I was getting married and going on a honeymoon cruise leaving from Los Angeles, through the Panama Canal, and coming back to Miami.

In my wedding column, I talked about all the York County people and places that were a part of our big day.

I had no idea that the cruise would include an “Only in York County” moment!

Our best estimate is that there were about 2,500 people on the ship. On one of the first nights, there was a large show in the ship’s theater, and probably close to 1,000 people attended. Dan and I were sitting very near the front, and one of the cruise director staff members came and talked to us, asking where we were from and so on. We told her that we came from Pennsylvania, chatted a bit, and then she moved on.

After that, I felt someone tap me on the shoulder from behind. There was a couple sitting directly behind us, and the woman asked, “Did I hear you say you’re from Pennsylvania? What part?”

“York,” I replied, because of course no one answers “Dover” to a question like that halfway around the world.

“Us too!” she exclaimed.

“What part?” I followed up.

Well, that’s how we were introduced to Paul and Barbara Irwin of the Shiloh area of West Manchester Township. Their home is about three miles from mine at most.

It was so great to meet on the cruise, then to come home and find we knew some of the same people and places. I told Barb it was hard to believe that we had to go to Panama to get to know each other!

On a less globetrotting note, I had a letter last year from Mary Anne Gallagher, who wrote in follow-up to a previous column on the J.S. Hershey Baking Co.

Mary Anne wrote, “My mother grew up with Grace Shranker, who married Carlton Hershey. Carlton and his brother ran the baking company in the 1950s. Carlton’s father was approached by Milton Hershey to change the name of the company from the Hershey Banking Company to the J.S. Hershey Baking Company. If he did so, Milton would give him money to purchase an electronic oven. They were cousins of sorts. Carlton’s father complied, and they had a new oven.”

She continued, “We moved to New Jersey in 1953. My father worked for York Casket. Whenever the casket truck was making delivieries and had an empty slot, the Hersheys would send us cakes and sticky buns. We also got Utz potato chips and Bachman pretzels in the slot.”

“In later years,” she wrote, “the company got involved with Fishel and Fox baking companies and their financial picture deteriorated.”

In the earlier column, longtime reader Tom Keasey mentioned the bakery potentially having been owned by a Laucks family. Of that, Mary Anne wrote, “I am not at all familiar with the Laucks name as being part of the J.S. Hershey Baking Co. Maybe before 1950, but not later on… If the Laucks had money in the company, that is a possibility, but the Hershey family was very involved.”

She concluded, “Their cakes and sticky buns were wonderful!”

Mary Anne, thank you so much for adding your memories of (that) Hershey’s!

3. A selection of short memories

To conclude today, I want to share a few short notes that came in reply to previous columns.

Reader Ruby Nelson wrote, “I remember Sitler’s (dress shop). I am 94 years old and was born in York, Pa. I have a hat from Sitler’s with the name in it; it is real velvet.”

Reader Gary Lehman wrote to me about the York Valley Inn and Sword and Shield restaurant on East Market Street. Gary described the Sword and Shield as a high-end restaurant, and added, “I believe they also had a banquet room. Unsure if that was connected to the restaurant or not. I think they also had a coffee shop and maybe another eating establishment. I didn’t and still don’t, eat out on Sundays. I used to eat out occasionally at the OK Corral in either the 3000 or 2900 block of East Market Street.” (Gary’s Sunday note was because one reader had mentioned the great Sunday buffet there.)

And reader James Myers sent a letter about LoPiccolo’s, a restaurant just south of York Hospital on South George Street. James wrote, “The exact spot today would be the left entrance to York Hospital emergency entrance at the traffic light. Late, Joe LoPiccolo’s son bought the Queen Hotel at Queen and Princess streets for a bar and entertainment place in the late 1950s.”

Thanks to all for sharing these memories!