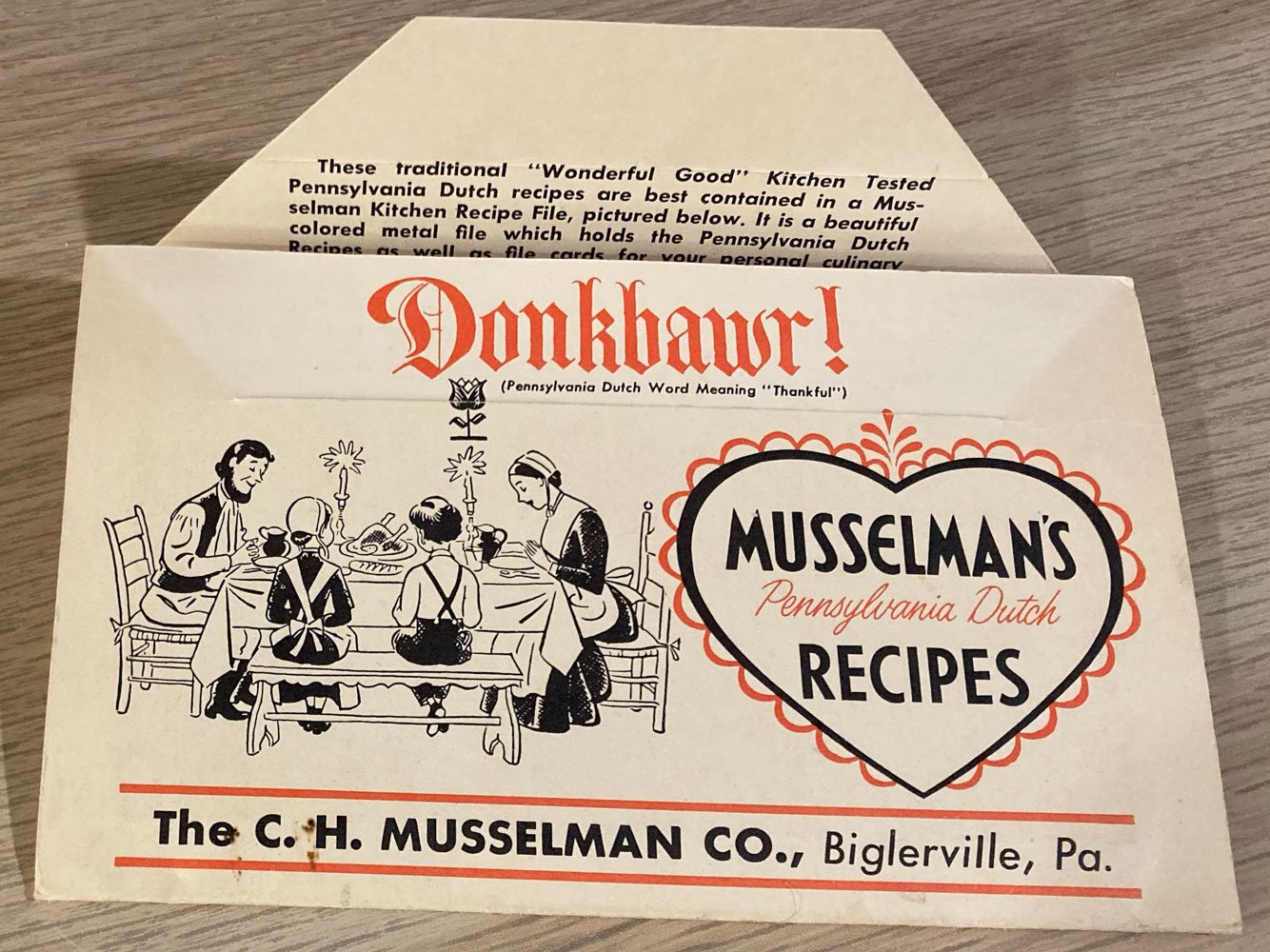 I’ve been having trouble accessing my email recently, so it had started to pile up. I’m a big proponent of inbox zero, so I decided to spend this week finding a workaround to the technical issue that started the cascade, and then clearing out what messages I could. Today’s column is brought to you by “these are the last unfiled items, so if I write about them, I can actually have an empty inbox!”

1. An update on Gable Flats
2. Following up on recipe-sender
3. Name of South Queen Street bar/restaurant
4. A few “saucy” recipes for fun

1. An update on Gable Flats

Just last week, I wrote about an area between Dallastown and Red Lion that an older reader recalled being known as the Gable Flats. I had wondered if the surrounding property had been owned by someone named Gable, or if the name came from somewhere else, but basically added that question to my pretty much insurmountable list of “research I really want to do sometime except I’d have to live to 195 to get close.”

So I was thrilled when reader Tom Brenner wrote to me that he found a 1955 aerial photograph available through York County Archives, showing this area and referring it to “Isaac Gable’s plan.”

Tom wrote, “Presumably the land was owned by Isaac Gable and he was planning to subdivide it. That is more than likely the source of the name of the area.”

Tom, I am so grateful to you for shedding light on that and solving at least one of my York County history mysteries!

You might remember that, right before the holidays, I shared a column based on a heaping helping of newspaper clippings sent to me by a reader who did not give a name.

The clippings, full of older recipes and ads, were a real delight, and led me down so many research rabbit holes. Once again, a reader came through for me in clearing up a mystery, though – Lori Sawmiller wrote to me and let me know that she was my mystery clipping source! She said she read and enjoyed that column, as did several of her family members and friends.

Lori wrote, “Grandma Martha’s been gone a number of years, but I’m sure she is smiling from ear to ear in heaven.”

Lori, I certainly hope so, and I’m very grateful to you for keeping her legacy alive by sharing these with us!

A couple of weeks ago, I heard from reader Paula Metz, who recalled that along South Queen Street in York Township, near where Jimmy John’s and Little Caesar’s are across from Taco Bell now, there was once a restaurant or bar that the Shirelles played at. “I think back in the ’80s,” Paula wrote. “Would you happen to know the name of that place? Cannot find it anywhere.”

This was one that was on the tip of my tongue – or fingertips as I type this, I guess? I think I’ve written about it before. But I couldn’t find anything useful, so I turned to some of my local friends who have been involved in York’s live music scence over the years to see what they could tell me. Stay tuned!

To conclude today, I want to go back to recipes for a little. This is more of a York County-adjacent item, but we found this cute postcard folio of Musselman’s Pennsylvania Dutch Recipes while sorting through the family ephemera collection and I couldn’t pass up a chance to share it.

For those who don’t know, Musselman’s is an almost 100-year-old family-owned company based in northernmost Adams County. (The folder says Biglerville, which may have been their older mailing address, but the farm is in the unincorporated area known as Peach Glen or Gardners in northern Tyrone Township.)

We have some York-area friends and former colleagues who’ve been heavily involved in their marketing and packaging over the years, so I’m making the executive decision that it’s “local enough” to share!

You can see a few of the recipes in photos with today’s column. And even better: The current Musselman’s website has tons of recipes available at musselmans.com/recipes, so you can take your pick of more traditional options or things more crafted for the modern palate, like apple pie cream cheese wontons, which sound pretty amazing to me!

I had fun comparing the booklet’s Apple Sauce Cake recipe to the one found on the Musselman’s website.

It’s neat to see how things have changed over the years; for instance, the original recipe calls for cinnamon and cloves, but the newer version makes use of apple pie spice, a great (and easy!) mix of those two spices as well as allspice and nutmeg.

I was also sad but not at all surprised to see that the number of Jell-O salad recipes on the current site was zero. (Number in the booklet: One, titled “Dibbon Delight,” a mix of applesauce, cherry gelatin dessert, lemon juice and walnuts.)

I hope you’ll enjoy some of these as much as I did!