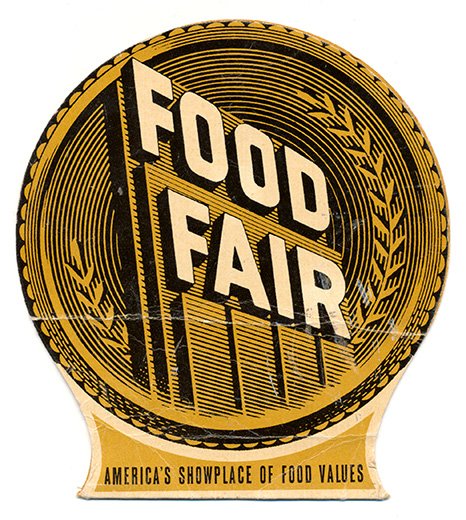 Grocery stores were one of the first topics I was able to dive deeply into on my Only in York County blog. A post way back in 2013, for instance, listed more than two dozen memories from more than eight different stores or chains.

Today, I’d like to talk a bit more about groceries, butchers, bakeries and some of the other small stores of the past.

1. Bakeries, butchers and groceries in Red Lion
2. The store with the slanted floor
3. Recalling the East Philadelphia Street A&P

Today’s first letter comes from Dick Godfrey, who wrote in response to a 2017 roundup of memories from Red Lion, Yoe and Windsor Township.

After reading that, Dick wrote, “I was somewhat familiar with Zech’s bakery in Yoe, but I was quite familiar with Barnhart’s on Gay Street in Red Lion. My father (M. M. Godfrey) was a butcher and had a butcher truck from which he sold fresh meats and groceries, and the Barnharts were customers of his. I well remember the many times I rode along with him and I would buy a pie (my favorite was blueberry) from Mrs. Barnhart. While Dad was selling meat, I would go down the alley to the basement door to the bakery and buy the 10-cent pie. I remember when they went to 13 cents. My job riding along with Dad on the truck was to ring the doorbells to tell the folks that the butcher was here. That was back in the days when bread, milk, vegetables and other staples were delivered house to house. I haven’t heard reference to Barnhart’s for many years.”

He also added, “My grandpa had a grocery store on South Main Street in Red Lion way back then. (H. R. Godfrey).”

Dick, it was nice to hear from you, and to see how all those types of stores were connected in your family’s past!

2. The store with the slanted floor

I can’t tell you the number of times someone has written to tell me or ask me about a York city grocery store with a slanted floor.

This store, by most accounts, was on South George Street near Cottage Place, where the JA Biztown is now, though a few readers had confused it with one at Philadelphia and Beaver, which I do not believe had a slanted floor. Since I last wrote about this, I received a couple more letters that I want to share.

The first came from Jacob Gingerich, who wrote, “The Giant store was the one at JA Biztown and had the hill going down inside. My family went there periodically in the late 1940s. It was a treat to go there – grocery carts and lots of different foods and things to buy. It was one of York’s early supermarkets. I don’t know if it was the same Giant company that’s around today. It ultimately became one of four Food Fair stores that were in the York area.”

To the debate about other stores, he wrote “The store at West Philadelphia and North Beaver streets was a Food Fair, not Giant. I worked there from 1953 to 1956 before heading off to college. John Keesee was the manager. The other two Food Fair stores at that time were located on West Market Street, west of Richland Avenue (the present Print-O-Stat business), and on East Market Street in the York County Shopping Center (the present Red Lobster restaurant).”

I also heard from Carol Hyde Smith, who remembered a grocery store on the corner of West Philadelphia and Beaver Street, which she recalled as Pantry Pride. “I used to go there with my grandmother who lived on North Newberry Street,” she wrote.

“I do know that they gave out gold stamps instead of Green Stamps, however I pretty sure it is not the store where the floor was slanted. I could be wrong. There was a grocery store on South George Street near Cottage Place. If my memory is right, that store had the slanted floor… You walked in the front door – there were groceries in the first part and the floor slanted down and then you walked through an opening to a bigger part of the store and that part of the store had a flat floor,” she continued.

Now… if only we could find a photo of them!

Finally for today, I had a short note from Paula (Kahley) Arnold, who wrote some years later in reply to that original 2013 grocery store column.

She wrote, “Jim Brezler spoke about the A&P on East Philadelphia Street and his father worked there. My father, Paul Kahley, used to work there also, part-time, for many years. I rember the Brezler family. Our family lived in the 700 block of Wallace Street right in back of Philadelphia Street. My father worked full-time at Standard Register. He left the A&P and began working part-time at Wagner’s Butcher Shop at the corner of East Philadelphia and Franklin streets.”

Paula, thank you so much for sharing that memory with us!