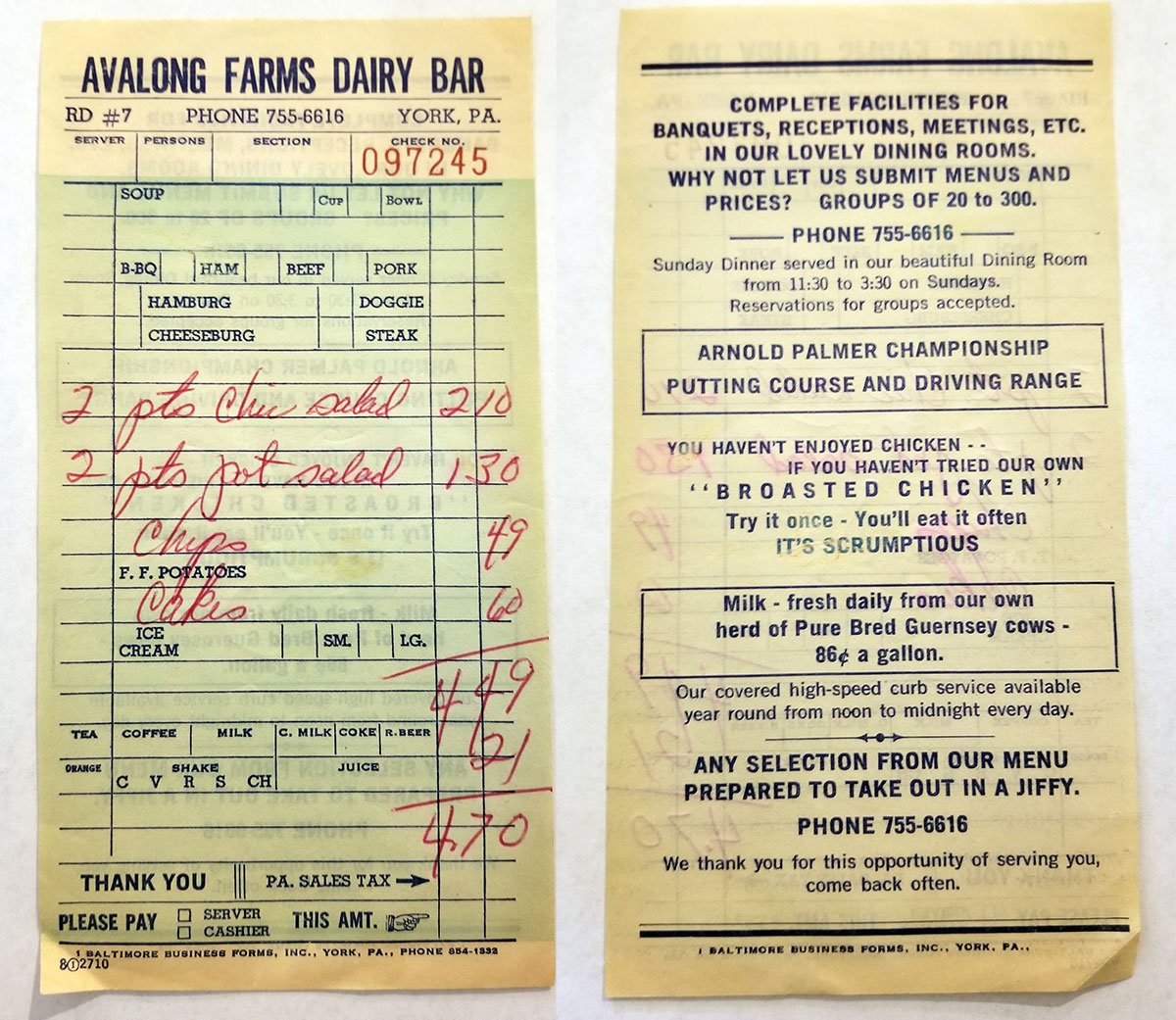 2019 will mark the 13th calendar year in which I’ve written about what makes York County interesting, past and present. That’s pretty hard to believe!

I’m going to use this chance to catch up on some things that are holiday-related (before we have to wait until NEXT Christmas) and share a couple new questions as well.

Early in 2018, I received a letter from Karen Martin about something very seasonally appropriate: Christmas trees!

Karen wrote, “I just want to share a memory from my childhood. My parents sold Christmas trees from our yard on West Main Street in Dallastown for more than 20 years. It was a great time for all of us kids but also a lot of work. It started Thanksgiving morning with the arrival of truckloads of trees; some came from up in the mountains, others came from my dad going to tree farms and cutting them down. Then there were five weeks of selling trees seven days a week. I still to this day talk to people who remember getting their tree from Riedel’s Christmas tree place. At the time I know there were other places to buy trees from; I believe there was Jamison’s Christmas trees right down the street from us. Would love to see an article on this.”

I would also love to hear memories about Christmas trees (though don’t be upset if I wait until next Christmas to share them!) For my part, our family used to grow our own small trees on our farmette on Blackberry Road in Dover Township, and the tree would then sit on a wooden platform built by my dad, surrounded by our train and Christmas village. Now my allergies are worse and it’s all artificial trees, all the time, but I remember that so fondly. I’m sure you have similar memories, which I’d love to hear.

More than a year ago, I shared a column in which reader Dick Sweitzer wanted to know when a menswear store in North York closed. I have seen this store spelled both Gingrich’s and Gingerich’s, but an ad in YDR predecessor The Gazette and Daily in 1959 listed the business as “Gingerich’s Men’s and Boys’, 1003 N. George St.,” so that spelling is what I’m using, though I am not adjusting it when readers spell it the other way!

Some time after that, longtime reader and commenter Tom Keasey wrote, “I can’t tell you when the store closed, but, I know it was after 1969, because the suit I wore to my high school graduation and the formalwear I rented for the prom came from Gingrich’s Men’s Wear.”

He continued, “Here is what I can tell you. The owner’s name was George; he and his wife ran the store, which was very small, but they carried a full line of menswear for all occasions, which also included the rental of formalwear. The only thing Gingrich’s didn’t carry was footwear, but, if shoes or sneakers is what you needed, you only needed to walk a block to Wolfgang’s Sporting Goods where Millard (“Bud”) or Don Wolfgang could take care of you.”

Tom added, “Back at Gingrich’s, all you had to do was tell George what you were looking for and he’d start pulling things from off the shelves or from the back room. The store was also known for running ‘suit-clubs’ that allowed merchandise to be purchased on a lay-away basis. This was very popular for shopping for ‘back-to-school’ or Christmas. During the 1960s, the Lions Club my Dad belonged to sold these ‘Suit-Club’ packages as a fundraiser. Gingrich’s Men’s Wear was a store where every customer received the owner’s personal attention.”

Tom, that sounds amazing – and although only very tangentially related to Christmas, I still thought it was a great story to share! I am also interested in other memories of Gingerich’s as well. In a couple of weeks, I’ll be sharing memories of other noted menswear retailers in York, so please keep an eye out if that’s a topic you recall!

Earlier this month, I heard from reader Andrea Kim, who wrote after she found a 2017 column about the former Avalong’s in Springettsbury Township.

Andrea wrote, “My uncle, who grew up on Pleasant View Drive in York, passed away about a year ago and I’m going through some of his things and compiling a scrapbook for a Christmas gift for my father. I happened to run across an old receipt in perfect condition of Avalong’s that my grandmother must have kept in a family cookbook, and have never heard of it. Hence why I researched it and came across your blog post. So, I am thankful you took the time to post about it! It was right in the neighborhood of where my dad and uncle grew up and I never knew of it. I’ve attached pictures of the receipt, as it has some really cool identifiers on it… It’s very interesting to have a fuller picture of what life was like back then.”

I was very excited to be able to share that receipt with today’s column; thank you very much, Andrea! I hope your father loved his gift. I, for one, got hungry for broasted chicken for some reason…