Today was my daughter’s first day of sixth grade – the start of middle school in our district! In addition to that typical craziness, we also went and bought her a (used) flute tonight so she can join the band. Busy day. I hope my cute photo will serve as my excuse for the lateness of this post. 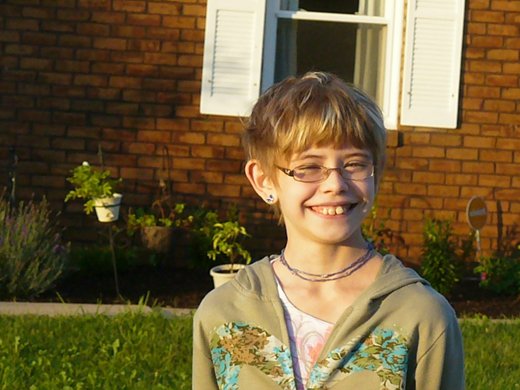 1. Back in the July 11 Ask Joan, Kenneth Summers asked the name of a hobby and craft store on South George Street in the late 1950s and early 1960s.

Of course, several readers were glad to help Kenneth! John Reever writes, “The craft shop in the 2nd block of S. George St. was the Model Craft Shop. When I was in High School I worked there as a clerk and model train repair person.”

Ivan Frantz Jr. writes, “Although they carried general hobby items, they specialized in model railroad items for the serious model railroader. High end brass models and ‘craftsman kits’ to build your own trains in HO, S and O scale, detail parts and accessories was their main business. In the same building, on the second floor behind the shop there used to be an ‘O scale’ model railroad club. ‘O scale’ trains are the size of LIONEL trains, but are accurate scale models that run on two rail track like the real railroads. LIONEL trains are considered to be ‘toy’ trains and run on three rail track. As a young kid building a model railroad in the basement I did a lot of business there getting kits, paint, decals, etc.”

Bill Schrum moved away from trains; he wrote, “Back in the ’60’s I used to buy Matchbox cars there for fifty cents.” Craig Gross also said he bought a lot of stuff there in the ’60s, Lance Wolf also wrote in with the name, and Jane Lindhorn writes, “My father said the name of the hobby shop in the 2nd block of S. George St was the Model Craft Shop. He said it was on the second floor, and he used to hang out there on Saturdays and buy model airplanes and other items. He also said there was a music store next door that sold harmonicas.”

Paul Schiding of York Township had the “inside scoop,” not just on that hobby shop but on craft/hobby stores in general! He writes, “The hobby shop on S. George Street (second floor) was the Model Craft Shop. It was owned by John Dempwolf, Sam Gotwalt and Eugene Schauer. When they first opened, I was their buyer. Sometime before they closed, they had a large ‘O’ scale model railroad layout in the building behind the store.”

He continues, “I opened the Checkered Flag model shop at 635 S. Queen Street in late 1946. I outgrew that location and moved to 602 E. Market Street in 1950. By 1956, I once more needed additional space and moved to 401 W. Market Street. Here I had enough room for a slot car racetrack. Then craft supply stores became very popular. Only January 1, 1970 I sold most of the hobby supplies and became the Colonial Crafts Shoppe. In 1984, when I reached 65 years of age, I sold the business to Margaret and David Kauffman. They owned The Red Caboose Craft Shop in Red Lion… that’s when I retired.”

Another letter came from Floyd Ilyes of York Township, who writes, “I knew it very well. It was called the ‘Model Craft Shop.’ I also knew of the ‘Checkered Flag’ on West Market and Penn but I forgot its name, so thank you!”

And a final source of info – though perhaps unintentionally – was Deane McKercher, who you will remember sent me a copy of a 1947 cookbook that had ads from several local businesses. I mentioned when I listed the businesses included therein that I had left one out. Guess which one? 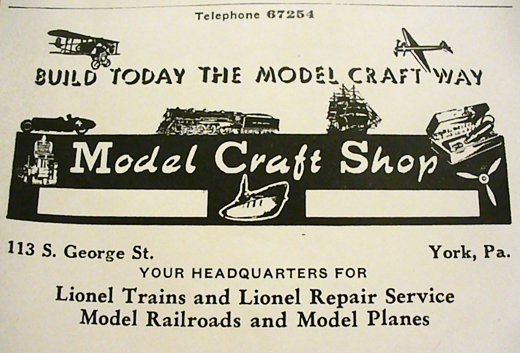 2. Maybe you can help me learn about something I would like to know, through your many readers every week. I am interested in finding out when there was a business by the name of ‘Gardner’s Service Station’ located on North Sherman St. Extended… especially the years they were in business, such as the 1900s to whenever. I have recently come across a picture that was given away as a compliment of the business, and such things are one of my interests. It was a great gift to hand out to regular customers, any family who has one can be proud they have it. I will be looking forward to any information I see in the newspaper.
– Margaret Hayes

Well, I’m sure we can help Margaret, and I’d love to hear your information about Gardner’s and the years it was in business. But as a side note, I have to quote another part of Margaret’s letter, because it was a truly “Only in York County” moment.

She wrote, “I am sure you must be the little Joan I first knew when your parents were my neighbors on Blackberry Road in Dover Township.” She is right – talk about a small world! Hi, Mrs. Hayes! I miss that area… we owned a five-acre farmette and I loved growing up there. Suburbia has its benefits, but there was nothing like our old country road. 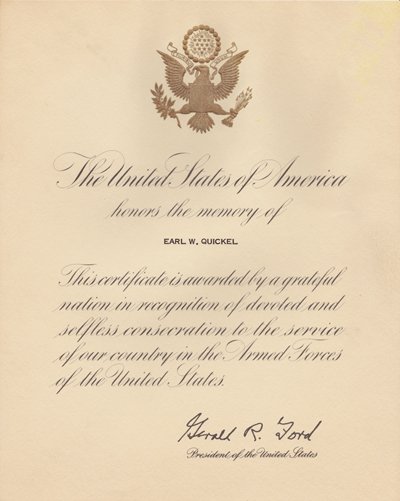 3. This is something new for Ask Joan. I have recently received a couple of items that don’t belong to me, and I’m hoping we can use this column to find their rightful owners and get them returned. Voila, the Ask Joan lost-and-found box. (Goes good with the back-to-school theme, huh?)

First up is a certificate in memory of Earl W. Quickel from President Ford. It was originally addressed to Mrs. Amanda Quickel of East Seventh Avenue in York, though I don’t show anyone by that name currently living on that street.

The second item is an autographed image that was found by a friend of mine, Red, who went to open a newspaper box and – surprise, surprise – found this sitting on top of the papers. She figured maybe I could find it a home. Looks like it says, “To Queta, From Coach Boone.” (Made famous in Remember the Titans.) 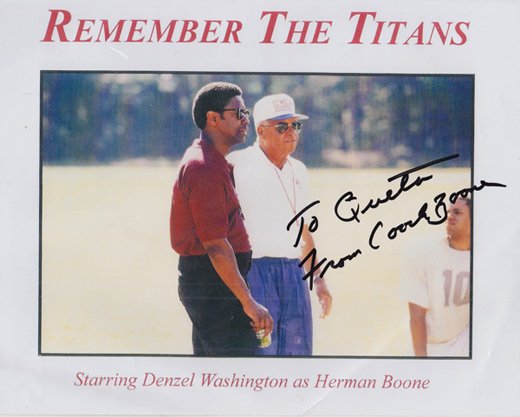 If you are the owner of either of these, or know the person who is, please let me know. I’d love to get these things back into the right hands!