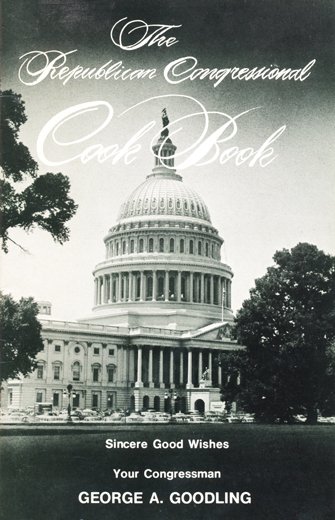 Today’s fun find also came from a local estate sale – it’s a copy of what I’m sure was a free handout, “The Republican Congressional Cook Book,” given with sincere good wishes by then-Pa. Congressman George A. Goodling. (As you can see from the book’s front cover, pictured above!) 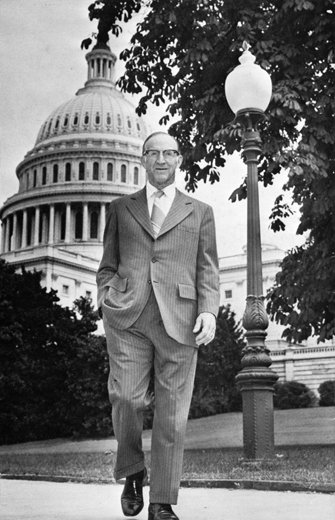 George Atlee Goodling, seen above on the book’s back cover, was the father of later Congressman Bill Goodling, also a noted local Republican. The elder Goodling served in the U.S. House of Representatives from 1960-1965 and 1967-1975. He was a longtime Loganville resident, and he passed away in 1982. My best guess is that this cookbook is circa 1971, 1972 or 1973, though it’s undated.

That’s based on the terms of some of the other Congressmen featured, like Floyd Spence of South Carolina, who didn’t begin serving until 1971, and Page Belcher of Oklahoma, whose final term ended in 1973. 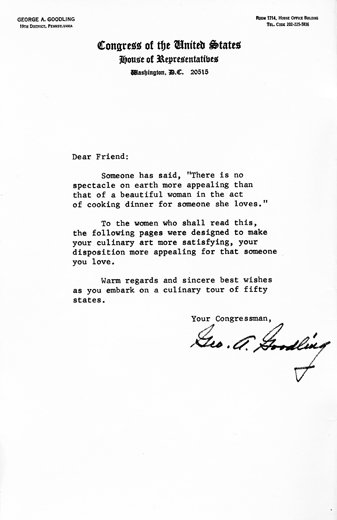 Sign of the times – Goodling addressed his introductory letter “to the women who shall read this,” and quoted, “There is no spectacle on earth more appealing than that of a beautiful woman in the act of cooking dinner for someone she loves.” I’m thankful George never had the chance to see me cooking – it’s certainly a spectacle, but it’s not like that in the slightest.

The recipes he included, which were not in the body of the cookbook but an addendum on the inside back cover, were for Dutch Kitchen Apple Pie and Peach Bread. I just MAY start baking a bit, because the pie, with lemon rind in the filling, sounds pretty great! 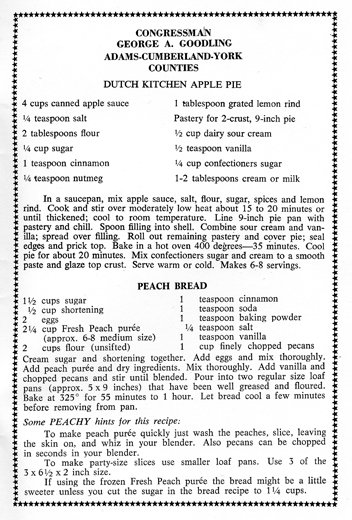 I hope you enjoy these – and I’d love to know if you make either recipe!