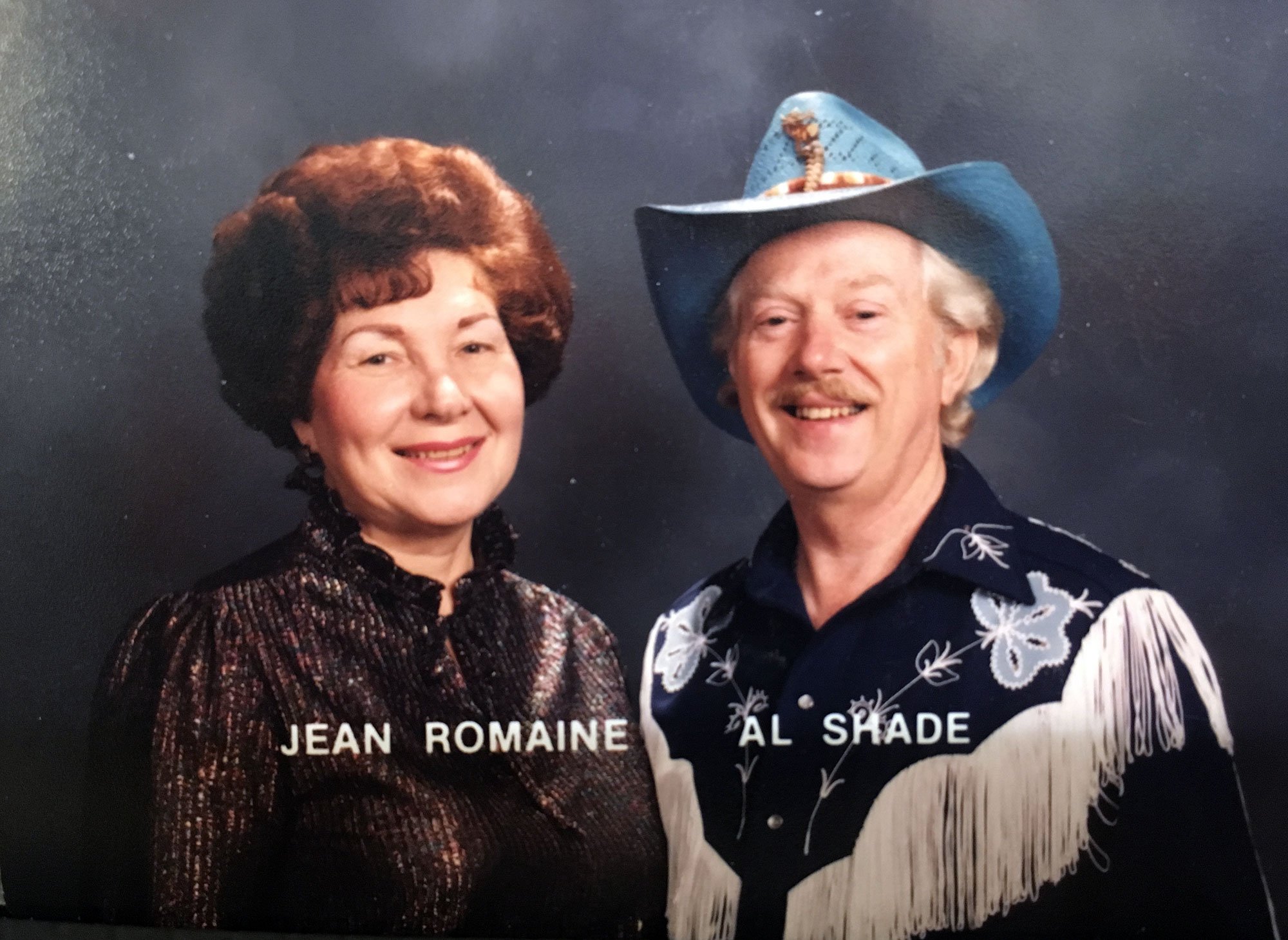 Al Shade and his wife, Jean Romaine Shade, performed country music together in central Pennsylvania and beyond for about 60 years.
Posted by Joan ConcilioJune 30, 2019 Central/Eastern, Local memoriesNo Comments

I’m continuing my “summer spring cleaning” by trying to share some of the oldest letters I’ve been hanging on to. Today’s was sent in late 2017 (!) and I do apologize to its wonderful author, Al Shade, who you will be hearing more about presently.

Al had written after seeing a 2017 column about Shorty and Sallie (sometimes known as Sally) Fincher and Valley View Park. If you’ve been reading for a while, you know those are names that come up often in York County’s musical past!

He wrote because I’d shared a photo featuring the Finchers, as well as another York County music couple, “Slim” and “Ginger” (Kenneth and Joan Novin). There was a fifth person in the photo who intrepid reader and researcher Audrey Lerew said might have been Clyde Fogel, who played with that group, or any of a number of other musicians who performed with them.

Al said that’s definitely not Clyde Fogel; the man in the photo was nicknamed “Noodles,” and Al said he played the Dobro and the guitar.

After starting his letter by helping me with that point, Al got into his background and just how he knew all those people!

He wrote, “This is Al Shade. I bought Sally Fincher’s guitar… many years later, I sold it down in Nashville, Tenn. Shorty Fincher gave me one of my first jobs when he ran the Chestnut Street Auditorium in Harrisburg. He gave me $35 for the job. At the time, Hank Williams was hot, so I sang a lot of Hank Williams songs and received the biggest round of applause. The 101 Ranch Boys also were on the bill and we got a much bigger applause than they did… it made Andy Reynolds jealous!”

Al continued, “I sold pictures of my band.. postcard-sized… I charged 10 cents a picture. I sold over 100 and thought I was doing good!” 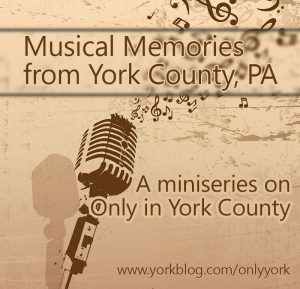 Regarding the Finchers, who ran Valley View Park in Hellam Township, a venue for many area musicians, Al wrote, “I also played Valley View Park several times. Shorty Fincher always talkeda bout his homemade chicken-corn soup. You could count the kernels of corn swimming around in the bowl of soup… On Saturday, I always listened to Shorty and Sally Fincher on a Lemoyne radio station. I always admired and respected them. Shorty was always helping someone in country music get ahead.”

He recalled, “Running a park, booking enterainment, was a risky business. You could make money three Sundays and the fourth Sunday get rained out and lose all your profit from the past three Sundays.”

Al didn’t talk much about his own life in his letter, but a few things he wrote intrigued me, so I tried to find out more. Al and his wife, Jean, were married for 61 years before she passed away in June 2017. According to Jean’s obituary, she and her sister joined the Al Shade Show in 1953 as The Gesford Sisters, and Al and Jean later married in 1955.

They continued to perform together for many, many years, under the motto, which Al did share with me, “We’re country and proud of it!” The two recorded a number of records together, with Jean providing the harmony to Al’s melody.

When Al wrote, shortly after his wife’s passing, he told me that he was still doing radio shows for an hour three days a week and performing personal appearances. “At present, my daughter (Debbie Ann) takes her mother’s place and sings the harmony part,” he wrote. As near as I can tell, you may still be able to hear Al (who is more than 90 years old now!) on WWSM-1510 AM on Wednesdays, Thursdays and Fridays at 11 a.m. I’m going to try to catch him this week; it looks like they broadcast out of Palmyra, and I work in Hershey, so we’ll see what I can find!

If you’d like to learn more about Al and Jean and their music, the Lebanon Daily News had a great 2016 column on them, including a lot of photos. From there, I learned that Al had previously managed Williams Grove Park, where I enjoyed going as a child (though some years after Al’s management, unfortunately!) There’s also a nice profile on Hillbilly-Music.com.

But perhaps the coolest thing I found was a song written by Al and Jean called “Three Mile Island,” which was aired on a network newscast hosted by David Brinkley in 1979 following the partial meltdown. If you’re reading this column in print, you can hear the audio online at yorkblog.com/onlyyork/al-shade, or, if you’re reading online… scroll down to the end of today’s column!

It was amazing to read Al’s letter and realize there may still be a chance for me to hear him. As I was working on this column, I found another letter (this one less than a year old) from longtime reader Greg Woolridge, who had written to me about his time playing football for York High and the York White Roses; unfortunately, he passed away in September. That made it all the sweeter to read Al’s letter and realize I could still capture his great music memories!