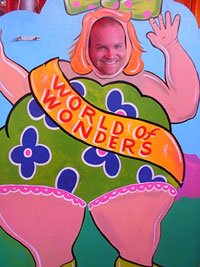 You know I’m not done with the York fair, right? I do have a few more photos this week that I’d like to show you, and on Friday, I have something cool from the fair coming from a friend of mine here in the newsroom.

Can’t wait for that, but for today, here’s a look at some scenes you might have missed.

At right is Chris as the “fat lady” in the World of Wonders, aka the freak show. That show, by the way, will also figure in Friday’s guest post. Bet you’re really intrigued now! 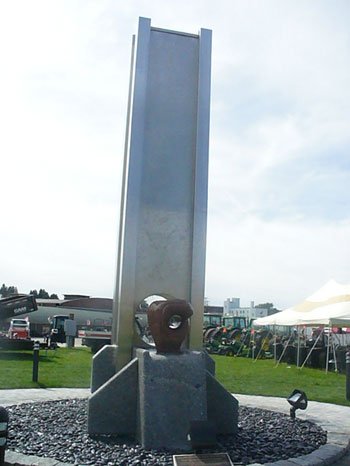 On a much more serious note, the photos at right and below are of something I had not noticed before, though it’s apparently been on the Expo Center grounds since late 2010.

This is a memorial that’s between Memorial Hall and Old Main; as you can see on the dedication below, it was designed to incorporate a love for the arts into the fairgrounds.

My trip to the fair Friday with Tracey marked the first time I’d seen it. We both thought it was pretty neat; the photo here doesn’t do it justice, but it’s a huge cascading waterfall. 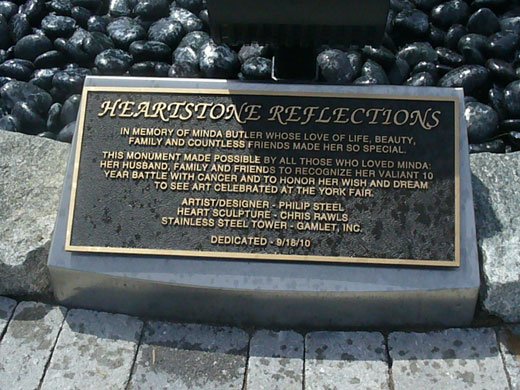 I think this year marked the most fun I’ve had at the fair since high school. Even on my fifth visit, I wasn’t tired of the sights, sounds and tastes!