York woman was among the first female telegraphers 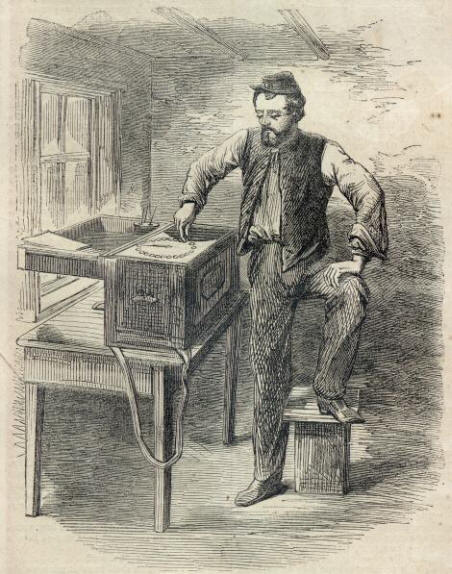 A Union soldier operates a portable telegraph machine during the Civil War in this old sketch from the Library of Congress. During the passage of Abraham Lincoln’s funeral train through York County, Pa., on April 21, 1865, the Pennsylvania Railroad’s Chief of Telegraphy, William Bender Wilson, was on board with a Pickett portable telegraph machine to tap out messages in case of mechanical breakdown, track obstructions, or other emergencies.

By the time of the Civil War, the telegraph had become one of the most important methods of communications, not only for the railroads along which the wires stretched but also for the military. Army officials used the telegraph as a primary means of communication with the War Department in Washington, often using portable machines such as the one above to connect to existing or new wires. President Lincoln frequently visited the telegraph station at the Navy Yard in Washington to stay abreast of the latest war news.

But, the vast majority of telegraphic wire service came from the cadre of operators who manned the fixed telegraph instruments at the railroad depots across the country.

Among them was telegrapher Mary Cox, who practiced her craft at the Northern Central Railway’s offices in York. 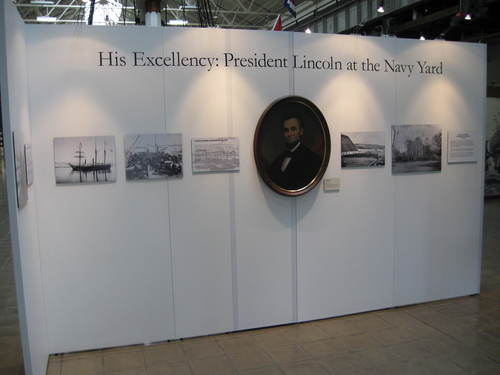 The museum at the Navy Yard contains this display on Lincoln’s many visits there, including his frequent interactions with the telegraphers.

Mary Cox was born on September 15, 1843, near New Market (now Maryland Line) in northern Baltimore County, Maryland. When she was six years old, she moved with her parents to live on her uncle’s plantation at Walker Station, Md. In 1859, her family moved across the Mason-Dixon Line to York, where she attended the York County Academy for several years.

In 1863, during the height of the Civil War, she took an interest in learning to become a telegraph operator, a good job in a growth industry at the time. The following year, Miss Cox was placed in charge of the telegraph station in York, replacing Peter Bentz. She was the first woman telegrapher employed by the Northern Central Railway or its parent company, the Pennsylvania Railroad (which owned a controlling interest in the NCRW).

Mary Cox was the first person in York to learn of the fall of Richmond in early April 1865 when the report arrived via wire. She dutifully relayed the message, and then began telling others in York the good news.

In 1869, she married William F. Busser, who ran the Northern Central’s ticket office in the same building as Cox’s telegraph office.

She died on July 27, 1932, at the home of a son, William C. Busser, in York. Mary Cox Busser was 88 years old, one of the last links to the heyday of the Civil War telegraph service in York County.

Mary’s story, and many more, appear on my upcoming book, Soldiers, Spies & Steam: A History of the Northern Central Railway in the Civil War. It will be in print in February and will be on sale at the restored train station at Hanover Junction and other locations. 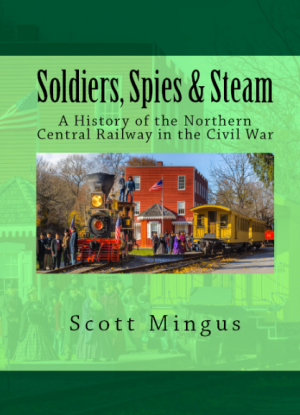