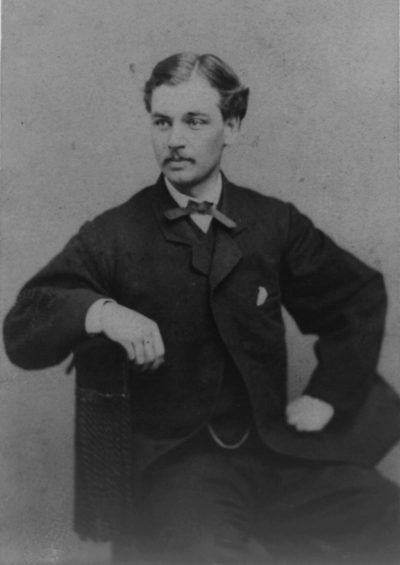 York paper took Lincoln to task over his son

Robert Todd Lincoln was the first-born child of Abraham and Mary (Todd) Lincoln. Born on August 1, 1843, in Springfield, Illinois, by the time of the Civil War, he was a student at Harvard. He wanted to join the Union army against his mother’s wishes. She worried that Bob would be killed or harmed and she had already lost two other sons (both to illness). President Lincoln harbored no such misgivings. He believed “our son is not more dear to us than the sons of other people are to their mothers.” The internal squabble between the Lincolns over Robert’s potential military career was not something widely publicized.

In York, Pennsylvania, David Small, the editor of the county’s largest newspaper, often took Lincoln to task over war policies, emancipation, political platforms, and the like. Small, an ardent Democrat, was also the borough’s chief burgess. He had his own battles with townspeople who questioned his loyalty to the Union because of his role in the controversial surrender of York to Confederate generals during the Gettysburg Campaign in late June 1863.

Just three months later, Small attacked Lincoln for not allowing his son to enter the army. He likely did not know (or care) that it was Mrs. Lincoln’s wishes that Robert stay in Harvard. It provided fodder for his Democratic pen.

Here is the brief article from the September 1, 1863, issue of the York Gazette.

“Bob Lincoln, ‘the government’s’ oldest son and a stout, athletic young man is spending at the White Mountains [in rural New Hampshire]. Why don’t Robert try his hand with the musket? What better is he than those of others for whom Mr. Lincoln has made such calls, and whom he threatens to force into the service? It is hard to resist the conclusion that either this President is a very great hypocrite and does not believe the war to be the holy thing he professes, or that he is too selfish to make the sacrifice he demands of other parents.”

Abraham Lincoln was in a quandary — fighting with his wife over whether his son should go off to war while a segment of the American press ridiculed him for not forcing his son to enlist. It had to be a source of great stress at the same time he worried about the uncertain course of the war and re-election prospects (certainly still in question in September 1863 a year before the presidential election). He was also still grieving over the loss of two of his other sons.

Robert T. Lincoln graduating from Harvard in 1863 and enrolled in Harvard Law School. He left to become a captain in the army in February 1865. He was assigned to General Grant’s staff, well away from potential harm on the front lines. Bob was present at Appomattox Court House when Robert E. Lee surrendered what was left of the Army of Northern Virginia.