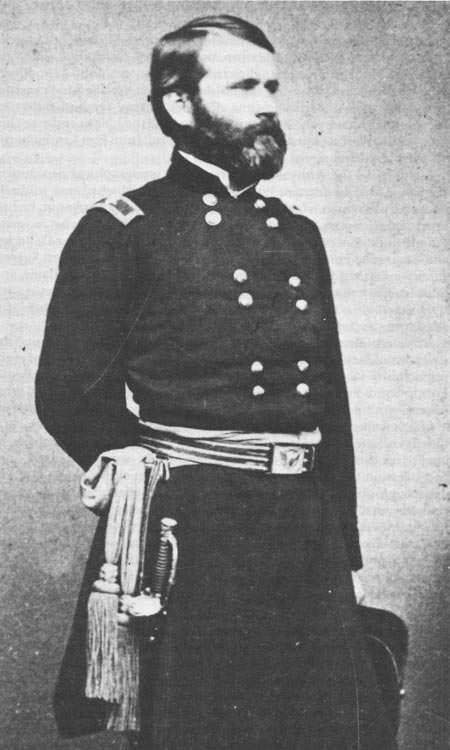 York general was considered as gubernatorial candidate in 1863

Occasionally over the years, a few notable residents of York County have been considered as viable candidates for the office of governor of the commonwealth of Pennsylvania. A handful have been nominated and two, George Leader and Tom Wolf, won election. Back in 1863, during the height of the American Civil War, another Yorker was under discussion as the Democratic Party’s candidate to oppose incumbent Republican Andrew G. Curtin.

Early in 1863, many so-called “Peace Democrats” were looking to build on their gains in the mid-term congressional elections in 1862, and the governorship of Pennsylvania seemed, on the surface at least, to be ripe for the picking. Governor Curtin was a strong proponent of President Abraham Lincoln and his war policies. To many observers, the war to that point was not going well, at least in the Eastern Theater. A string of dubious commanders of the Army of the Potomac and the Army of the Shenandoah had consistently lost to Confederate Generals Robert E. Lee and Stonewall Jackson. Several leading Democrats wanted a negotiated peace to stop the bloodshed. Stripping Lincoln of his base of political supporters was one way to sending that message to the Executive Mansion, and Pennsylvania, home to one’s of Lincoln’s most ardent allies, was a place of contention.

Major General William Buel Franklin, to some, fit the bill perfectly as an alternative to Governor Curtin. The York native had name recognition (not all of it good, mind you, after the failures at the battle of Fredericksburg and the subsequent blame game), charisma, connections, and a strong lineage of Democratic politics. His father Walter Franklin had been the Clerk of the House of Representatives starting in 1833 until his untimely death five years later. His grandfather had been a member of the First Continental Congress. Senator James Buchanan had nominated young Franklin to West Point in 1839.

But, would Franklin run? He was, after all, an active duty army officer who, despite his political differences with his commander-in-chief, had not openly expressed politic ambition. He was a career soldier.

Here is a letter of support for Franklin, as published by chief burgess David Small in the York Gazette in early June 1863 and reprinted in Democratic papers across the commonwealth. This example, with an editorial preface, is from the June 13, 1863, issue of the Erie Observer.

“Immediately upon the appearance of the editorial and communications in the York Gazette published by us last week, a gentleman of this city [Erie] wrote to some Democratic friends in York, making certain inquiries in relation to the capability, political standing, and personal character of GEN. FRANKLIN. In reply, he received the following frank and interesting letter, which, we doubt not, can be relied upin to the most implicit manner:

Dear sir: — We answered you briefly by telegraph, and will now go more into detail. Gen. FRANKLIN does not seek the nomination, but will not decline it. He is capable in every respect, being a man of great intellect, having stood No. 1 in his class at West Point. Gen. [George B.] McCLELLAN told the writer of this, within the past week, that FRANKLIN had the best and most practical mind of any General in the Army. He has a remarkable degree of firmness, with great coolness and presence of mind. His moral character is of the very highest order, and no candidate ever went before the people with a cleaner record morally, politically of patriotically. He will require no defence on any of these points. He is a Democrat dyed in the wool, and not only in profession, but in practice, by his plain and unostentatious manner and conduct on all occasions. He will stand up manfully for the principles of the Constitution in all and every emergency, and especially for the freedom of speech and the freedom of the Press. He combines more of the elements of success than any candidate ever put in nomination, and with him as a candidate, we will sweep the State. This County will give him the largest majority ever given to any candidate, and a much larger one than can be given to any other. He will stand on the platform of our Convention, which will no doubt, be something like that of new York. He greatly admired Gov. [Horatio] SEYMOUR and highly approves of his course.

Gen. FRANKLIN will make a great sacrifice in being a candidate, but he is one of the purest patriots living, and will make any sacrifice to save the Democratic party and the Country, for he is fully impressed with the fact that the success of the one is the salvation of the other.

Despite local Democratic kingpin David Small’s ringing endorsement, General Franklin was not selected as the party’s candidate in its nominating convention. That honor instead went to Judge George Woodward, an eloquent and ardent “Peace Democrat,” known to Republicans as a lowly “copperhead.” Franklin remained a general officer in the Union army, and was home helping plan the defenses of York County during the early part of the Gettysburg Campaign before leaving town. He was captured in 1864 but escaped, and finished the war awaiting a new assignment, the victim of slow recovery from a wound suffered in the Trans-Mississippi Theater and shifting politics where Republicans were gaining power as the war progressed and victory was becoming evident. Franklin resigned after the war and became an executive in the Colt Firearms Company in Connecticut. He is buried in York’s Prospect Hill Cemetery.

York County would finally have a resident in the governorship in 1955 when George M. Leader took the oath of office.