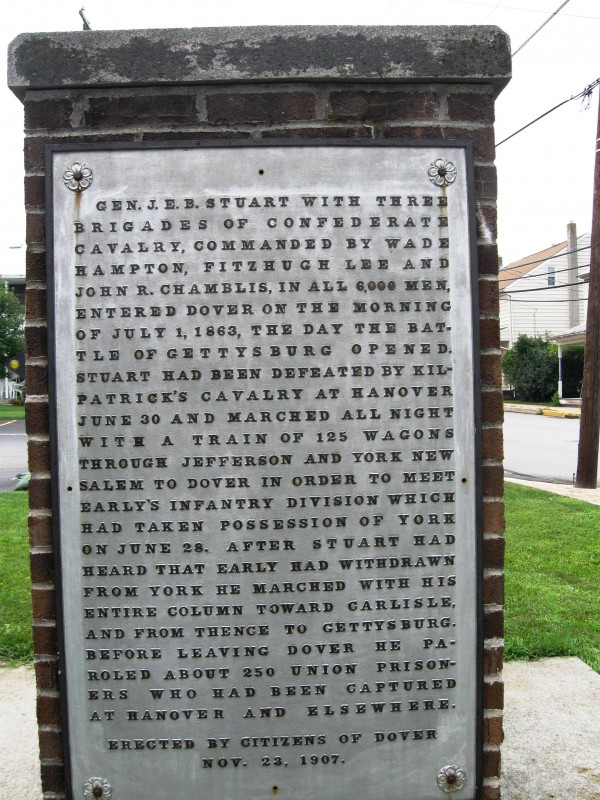 This historical marker along East Canal Road in Dover, Pennsylvania, commemorates the invasion of this section of York County by Confederate forces under Maj. Gen. J.E.B. Stuart. The controversial Stuart led more than 4,500 Rebel cavalrymen into southwestern York County on June 30, 1863, fighting at the Battle of Hanover and then leading his men through the rolling hills northward through York-New Salem to Dover. The following day, July 1, marked the first day of the Battle of Gettysburg. While the angry sound of artillery reverberated off many of York County’s hills, Stuart wearily headed his troopers northwest from Dover toward Carlisle in the futile hope of connecting with Lt. Gen. Richard S. Ewell’s corps, which had been in Pennsylvania for several days.

Nationally known author and lecturer Scott L. Mingus, Sr., will present a PowerPoint talk on Stuart’s Ride at 7:00 p.m. on Wednesday, September 19, 2012, for the monthly meeting of the York Civil War Round Table. The talk will be in the auditorium of the York County Heritage Trust, 250 E. Market Street, York PA. There is no charge, and the public is welcome! 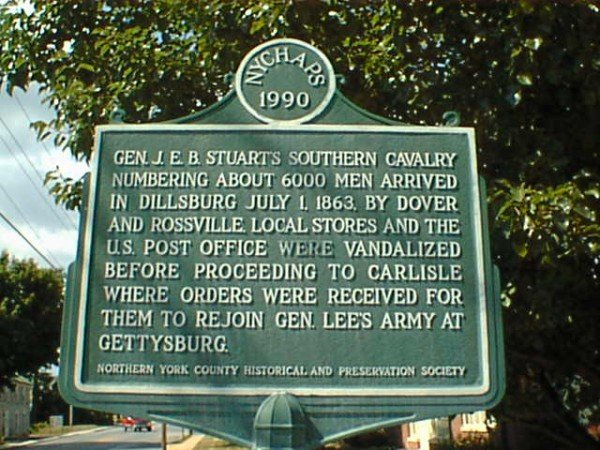 Scott Mingus has been a scientist and executive in the global paper industry for more than 30 years, and is currently leading the R&D efforts as well as the sustainable forestry program and ISO 14001 environmental activities for Glatfelter, $1.6 billion paper company headquartered in York. He studied paper science and engineering at Miami University, and is married with three adult children and four young grandsons. He lives in Manchester Township, York County.

The southeastern Ohio native is the author of ten books on the Civil War; his latest work Gettysburg Glimpses II: More True Stories from the Battlefield is being published by Ten Roads Publishing later this month, with a fresh biography of William “Extra Billy” Smith coming soon afterward from Savas Beatie LLC. He is collaborating with J. David Petruzzi on a new microhistory of the Gettysburg Campaign’s first two weeks, and is currently researching the Second Battle of Winchester for a planned book with Eric J. Wittenberg.

Mingus is a member of the prestigious Legion of Honor for the Historical Miniatures Gaming Society and is a multiple award-winning wargamer and scenario booklet author. His great-great-grandfather was a 15-year-old drummer for the 51st Ohio under General William T. Sherman; other ancestors fought at Antietam and Gettysburg.