York CWRT presents “Backstage At The Lincoln Assassination” on April 20 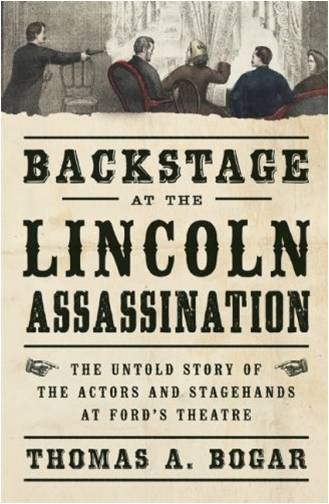 The York Civil War Round Table will feature author and theatre historian Thomas A. Bogar at its monthly meeting on Wednesday, April 20th at 7 p.m. Mr. Bogar will present a Power Point talk based on his book “Backstage at the Lincoln Assassination: The Untold Story of the Actors and Stagehands at Ford’s Theatre.”

The meeting will be held in the auditorium at York County Heritage Trust located at 250 E. Market Street in downtown York, Pennsylvania. There is no charge for admission and the public is welcome. For more information, readers may call YCHT at 717-848-1587 or www.yorkheritage.org. 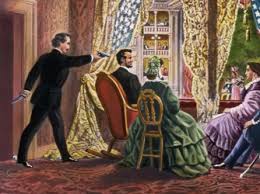 April 14, 1865. Ford’s Theatre, Washington, D.C. 10:14 p.m. John Wilkes Booth pulls a trigger in the presidential balcony, leaps to the stage and escapes, as Abraham Lincoln lies mortally wounded. In the panic that follows, forty-six terrified actors, managers and stage hands scatter in and around the theatre as soldiers take up stations by the doors and the audience surges into the street chanting, “Burn the place down!”

This is the exquisitely detailed, untold story of Lincoln’s assassination: of these forty-six theatre employees that night, and what each of them witnessed in the chaos-streaked hours before John Wilkes Booth was discovered to be the culprit.

In “Backstage At The Lincoln Assassination,” theatre historian Thomas A. Bogar utilizes previous unpublished sources to tell the story of Lincoln’s assassination from a unique new point of view: behind the curtain. Some theatre personnel closely connected to Booth were never questioned, while innocent figures were relentlessly pursued. Learn how Booth knew each member of the cast and crew in what had been for years a backstage tinderbox of Union-Confederate rivalry and conflict.

“Backstage At The Lincoln Assassination” also tells the story of what happened to each of these witnesses to history after the investigation was over, as they tried to move on with their lives. 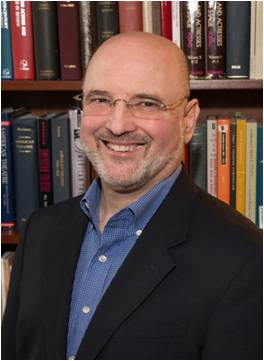 Thomas A. Bogar taught theatre history, dramatic literature and theatrical production for forty years, most recently at Hood College in Frederick, Maryland, and directed over seventy theatrical productions. He holds a Ph.D. in theatre history/literature/criticism from Louisiana State University. In addition to “Backstage At The Lincoln Assassination,” he is the author of “American Presidents Attend the Theatre” and a biography of 19th century actor-manager John E. Owens. His writing has appeared in Washington History, Maryland Historical Magazine and Teaching Theatre. He is the recipient of two National Endowment for the Humanities Fellowships and served as a judge for Washington’s Helen Hayes Theatre Awards. He lives in Silver Spring, Maryland.

For a review of this book, see this past Cannonball blog post.