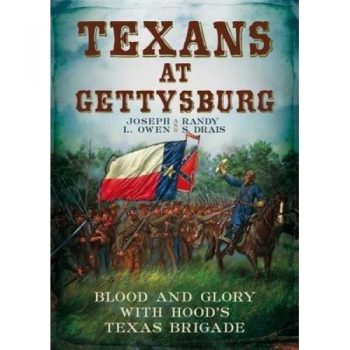 On Wednesday evening, August 17, join the York Civil War Roundtable in welcoming Randy Drais for his presentation about his co-authored book “Texans at Gettysburg: Blood and Glory With Hood’s Texas Brigade” – by Joseph L. Owen and Randy S. Drais. The meeting will be held at the Historical Society Museum of the York County History Center, 250 E. Market Street, York, PA, and is free and open to the public. All are welcome.

The Texans from Hood’s Texas Brigade and other regiments who fought at the Battle of Gettysburg described their experiences of the battle in personal diaries, interviews, newspaper articles, letters and speeches. Their reminiscences provide a fascinating and harrowing account of the battle as they fought the Army of the Potomac. Speeches were given in the decades after the battle during the annual reunions of Hood’s Brigade Association and the dedication of the Hood’s Brigade monument that took place in 1910 at the state capital in Austin. Texans also described their actions at Devil’s Den, Little Round Top, and other areas during the battle. For the first time ever, their experiences are compiled in one source in the 223-page book Texans at Gettysburg: Blood and Glory with Hood’s Texas Brigade. 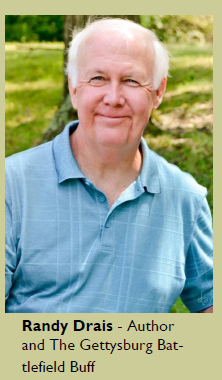 Born and raised in York, Pennsylvania, Randy Drais developed a keen interest in the Battle of Gettysburg and the Gettysburg Campaign immediately after a 5th-grade field trip to that famous Civil War battlefield. A lifelong passion to learn more resulted in his creation in March of 2008 of a website, http://battleofgettysburg-buff.com/, for individuals who wish to learn and do more than the average visitor to the battlefield. A “companion” website, http://battleofgettysburg-buff.net, Facebook page, and a quarterly newsletter soon followed.

A graduate of York College of Pennsylvania with a B.A. in International Studies, Randy has worked in the Pennsylvania House of Representatives, the Pennsylvania Department of State, and the Pennsylvania Senate. Married with two daughters, Randy retired on January 1, 2015, and will be able to devote even more time to his main passion, learning even more about the Battle of Gettysburg and sharing that information with others.