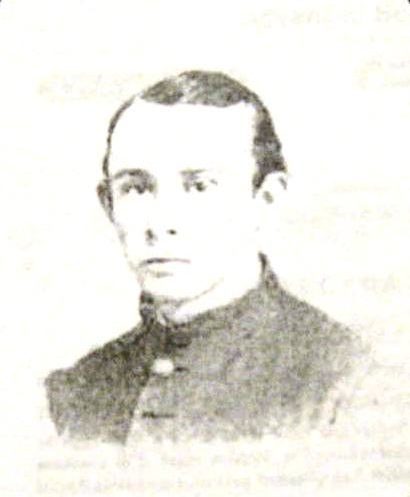 Ilgenfritz, while World War I raged in 1917 and the U.S. Army relied heavily upon draftees, met with a reporter from the York Dispatch to discuss the Medal of Honor he received 52 years after the end of the Civil War.

The York resident recalled, “I escaped six drafts during the Civil War and then told my wife that I would enlist as I felt that my country needed me. I did not wait to be drafted. I left my wife and baby to enlist in the service.”

“Drafted men as a rule do not make good soldiers,” Ilgenfritz added. “When you force a man into the service against his will you cannot expect much of him. He does not always have the spirit of the volunteer. I would like to see the boys of today volunteer and not wait to be drafted.”

According to Civil War author and researcher Dennis W. Brandt, Charles H. Ilgenfritz was born in 1837 in York County. He enlisted on August 27, 1864, in York as the first sergeant of Company E of the 207th Pennsylvania Infantry (later known as “Cox’s Tioga Tigers”) and was mustered in on September 3. He and his regiment served in Northern Virginia and saw action in the Siege of Petersburg. On April 2, 1865, as Ulysses S. Grant’s forces made their final push to break through Robert E. Lee’s entrenched Confederates, the 207th took part in the savage fighting at Fort Sedgwick.

This would be Charles Ilgenfritz’s shining moment as a soldier.

When the color bearer fell with seven wounds, Ilgenfritz “immediately sprang forward and grasped the colors, planting them upon the enemy’s fort amid a murderous fire of grape, canister, and musketry from the enemy.”

It was a brave act, one noticed by his comrades and later reported to Gen. John F. Hartranft, who made note of the incident in his official report. According to York Dispatch interview, “The charge [of the 207th] had been made over dangerous and treacherous ground offering many obstructions, among them pits covered with brush, and in which sharp-pointed stakes has been placed for the impalement of the soldiers falling into the pits. Sergeant Ilgenfritz fell into one of these pits but fortunately it did not have the murderous stakes in it. He climbed out and ran to overtake his company, which was charging upon the enemy’s fort.”

“He came along side the color bearer just as the latter fell riddled by grape shot, and seizing the flag from the dying soldier’s hands he mounted the enemy’s works and placed the flag there. A young soldier named J.R. Hutchinson, who was by Sergeant Ilgenfritz’s side at the time of the deed of bravery received a ball in the thigh after it had passed through Sergeant Ilgenfritz’s clothing. This same soldier [Hutchinson] is now a minister of the United Brethren denomination in New Cumberland and has served charges in York County.”

“The brave act of Sergeant Ilgenfritz is depicted in bronze statuary of the field of heroic size on a monument erected on the field of Petersburg. This memorial was unveiled in May 1906, with President Taft as a participant in the ceremonies. Charles H. Ilgenfritz and his wife attended the ceremonies and the Yorker was greatly honored on the occasion.”

On March 24, 1917, almost 52 years after the guns fell silent at Fort Sedgwick, Ilgenfritz received the Army Medal of Honor. In addition to the impressive medal, he received a special pension addition of $10 / month.

Charles Ilgenfritz is one of two Medal of Honor recipients from the Civil War to be buried in Prospect Hill Cemetery in York, the other being J. Henry Denig of the Marines.

The image of Ilgenfritz is courtesy of his descendant Janet Sipe and is used with written permission.