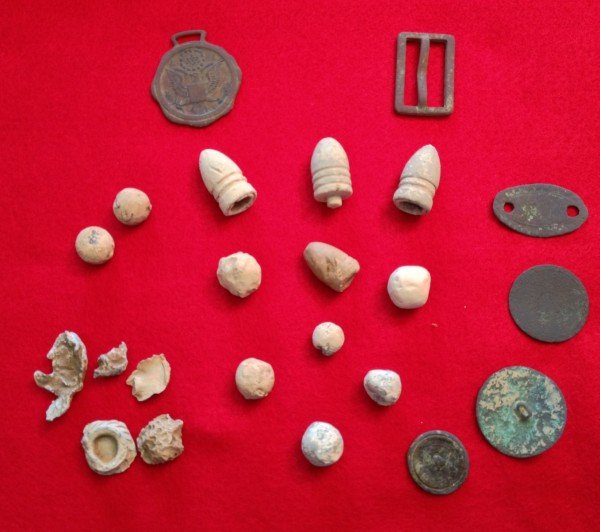 I first met fellow York Countian Gary Heiland a couple of years ago when I gave a Civil War talk at Shank’s Mare along the Susquehanna River. He has long been interested in collecting Civil War relics and other old items he finds with his metal detector. Gary is one of the “good guys” in the popular hobby of relic hunting – always asking the land owner’s permission, restoring the ground, documenting what he found where, and keeping the artifacts for his personal collection as opposed to running a business for profit.

Here he shares a small portion of some of his most recent finds with the Cannonball readership. Most of these relics were found on private land near Gettysburg.

Gary writes, “Top left is a watch fob found at the Ore Valley train station before it was razed. My research suggests that this was given to CW vets after the war.

Top right is a kepi buckle found in Gettysburg. 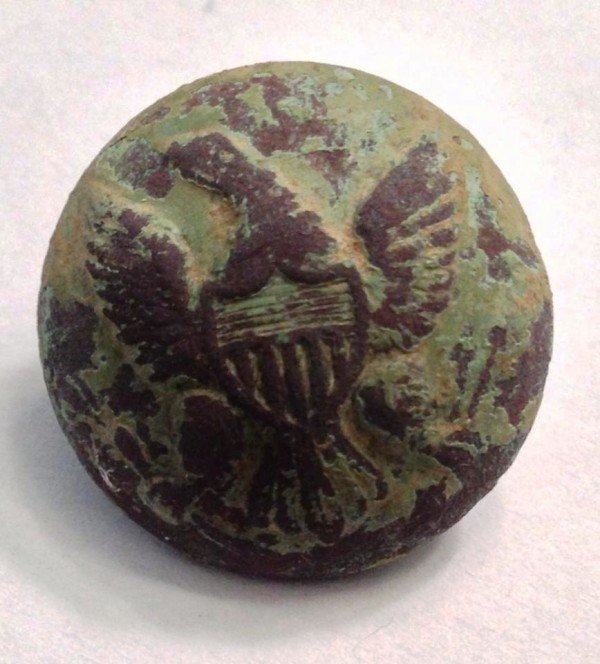 Gary found the above Civil War-era button on private property near Lebanon, Pennsylvania. He has also recently found round balls and coins near Hanover, Pa., as well as old (but not war-related) items from an 1850’s-era farm near York.

I can relate to a small degree to Gary and his cadre of fellow relic hunters. Years and years ago, my Dad had an inexpensive metal detector from Radio Shack which he and I would at times take to the private lake near our house (Lake Isabella in East Fultonham, Ohio) and comb for coins and other metal objects after large crowds at the beach. There was a special delight when we found coins. Sometimes we even made enough to pay for our batteries! We also would go to old farms with permission; we found a lot of old square, hand-hewn nails.