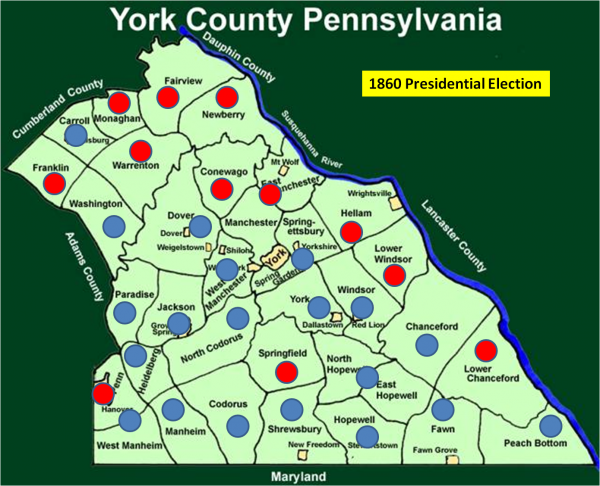 York County, Pennsylvania, throughout the 19th century tended to vote Democratic in every national election. Shown above is the breakdown by township of the contentious 1860 presidential election showing that, roughly speaking, the southern half of the county voted Democratic (either for Northern Democrat Stephen Douglas of Illinois or for a “fusion” of Douglas and Southern Democrat and US VP John C. Breckinridge of Kentucky.Using a recent convention, blue = Democrat and red = Republican.

The northern part of the county tended to vote for the Republican, Abraham Lincoln of Illinois. A fourth person on the ballot, John Bell of Tennessee, failed to win any township, but did garner some pockets of support for his Union Party. The borough of York was fairly evenly divided, with an edge to Lincoln. County-wide, Lincoln garnered only 43% of the vote (that number would drop to 37% in the 1864 election). 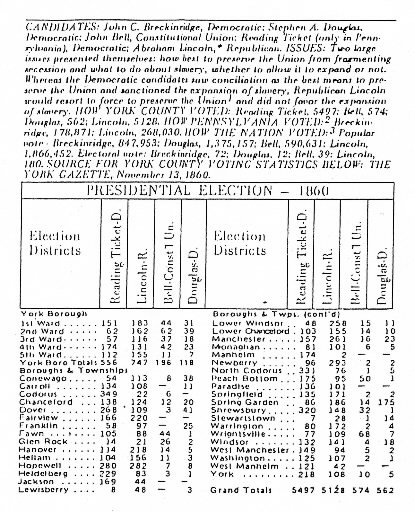 The above raw data is adapted from a chart which appeared on Jim McClure’s very popular York Town Square blog, and represents research by York College’s G. A. Mellander and Carl E. Hatch from their publication “York County’s Presidential Elections.”

Have a look at Jim’s blog entry, which gives a good breakdown of some of the reasons why this county tended to vote for the Democrats. 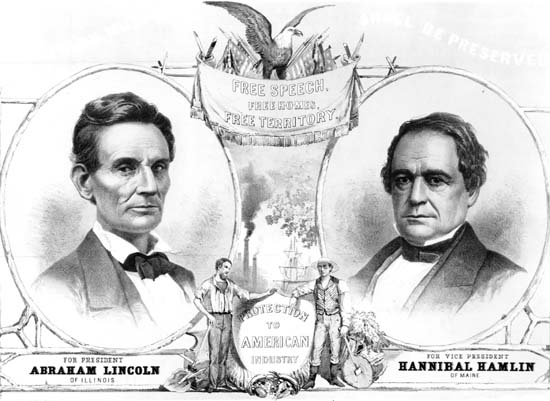 Political advertisements such as this billboard were a primary means of helping voters get a visualization of the candidates. These posters are rarely seen for sale, but when they do, they are quite expensive. 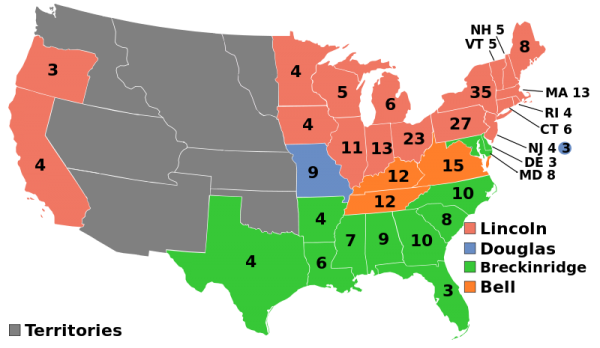 The national totals gave the election to the Lincoln. It proved to be a spark to disunion, as several Deep South states soon seceded from the Union.